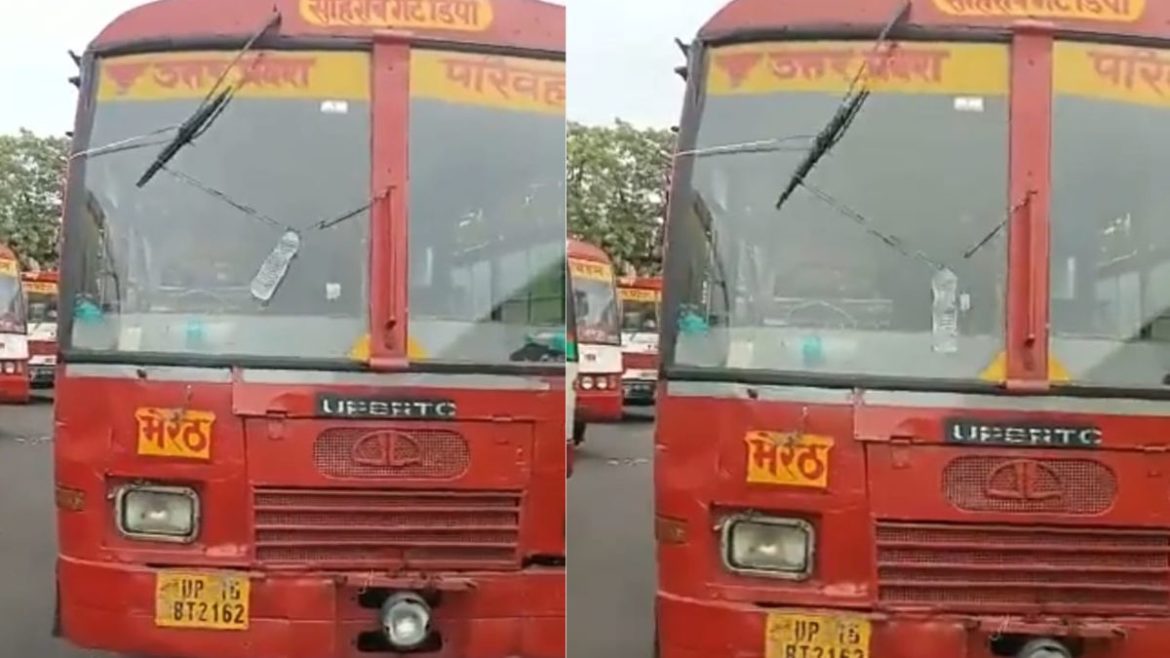 Recently, a video clip of an Indian bus driver went viral over social media. If you are wondering what is exactly in the video, let us tell you, a bus driver from Uttar Pradesh came up with a wonderful yet unique idea to fix the broken wiper of his bus. And the innovative ‘jugaad’ of the UP bus driver received some hilarious reactions. He ultimately proved the fact that Indians are indeed experts at discovering affordable and rapid remedies commonly known as ‘jugaad’.

What Is The UP Bus Driver’s Innovative ‘Jugaad’ About?

Vipin Rathaur shared this video on his Twitter handle and captioned the post as “In the bus of Uttar Pradesh Transport Corporation the wiper runs with jugaad.”

Since the clip was shared, it has garnered over 10,000 views and more than 100 likes. It has also received some hilarious comments. At the same time, some highlighted the disappointing state of buses in the state.

However, the UP government replied to this tweet and claimed that they’ve fixed the wiper.

The Viral Clip Received Some Hilarious Reactions Too

Others appreciated the instant ‘jugaad’ of the UP bus driver. Check out some hilarious reactions.

Don they also have to take an anti septic shot before boarding the bus?

Although, the wiper has been fixed now, what are your views on this innovative substitute by the UP bus driver? Do let us know.