UP Man Spits On Rotis…
How Noida Rebranded Itself Into…
This Nature-Themed Cafe In Guwahati…
KFC Japan Buffet With Pizza,…

UP Man Spits On Rotis While Cooking At Wedding; Arrested For Spreading Covid 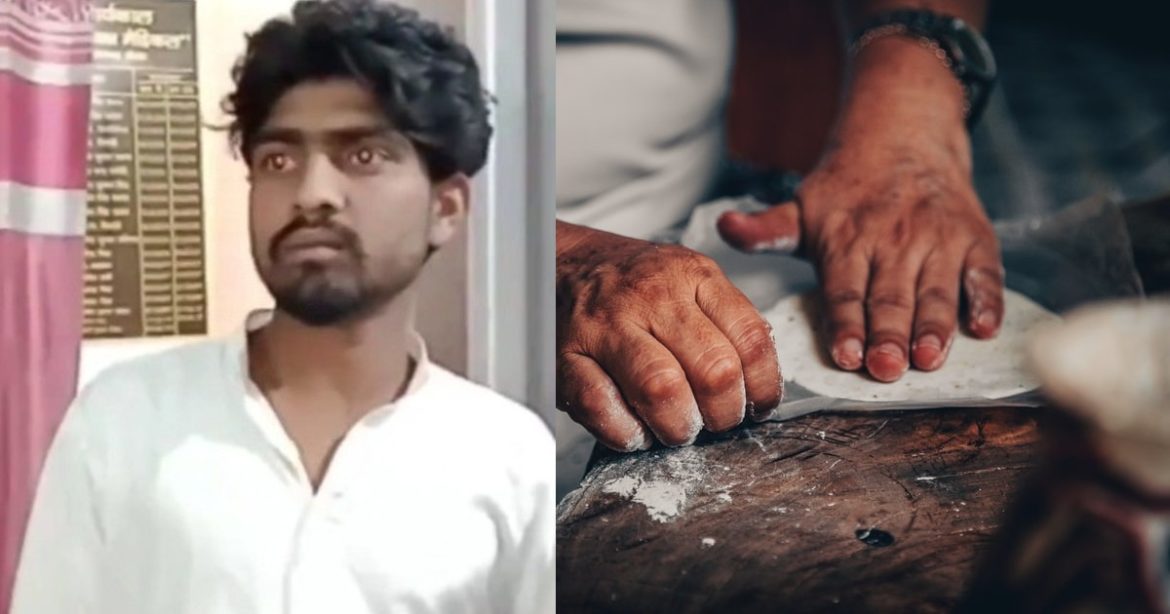 Weddings have started taking place in full swing. With COVID fears decreasing among the masses, people are also taking the virus precautions lightly now. But the virus isn’t gone yet. With the pandemic still in place, a Meerut cook was caught spitting on the rotis at a wedding ceremony. A person present at the wedding secretly recorded the video and uploaded it on social media. The video has gone viral among the netizens. The cops have arrested the cook and booked him under the relevant sections of the Indian Penal Code ( IPC).

Person Caught Spitting On Rotis Before Putting Them In Tandoor

A person identified as Naushad alias Sohail was spotted spitting on rotis before putting them in the tandoor. The man hails from Dher Mohalla in Meerut, Uttar Pradesh. The incident happened on February 16, 2021 at Aroma Garden. The Meerut Police arrested him under relevant sections of the IPC. According to a Times Now News report, Meerut Police has said,  “The station in-charge of Partapur has been conveyed to launch necessary action or investigation in connection with the case.” Meanwhile, amid the pandemic, a Chandigarh biker was made to clean the road after spitting.

The video uploaded on social media has, however, received mixed reactions. While some people have condemned the act of spitting, many others are thinking that there has been a misunderstanding and the person might be blowing off the flour. A person commented, “Spitting in front of everybody that too in the open? Another wrote, “There r ppl around which makes it impossible to spit. Not clear in video. May be blowing flour off to avoid roti from burning.” 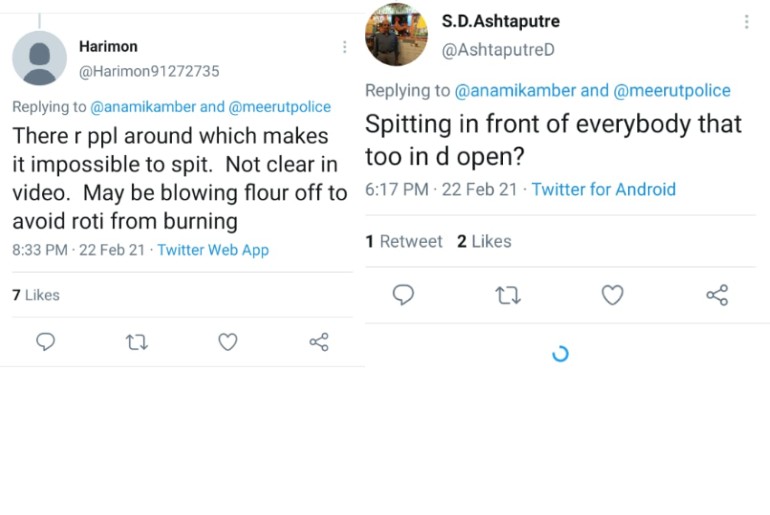