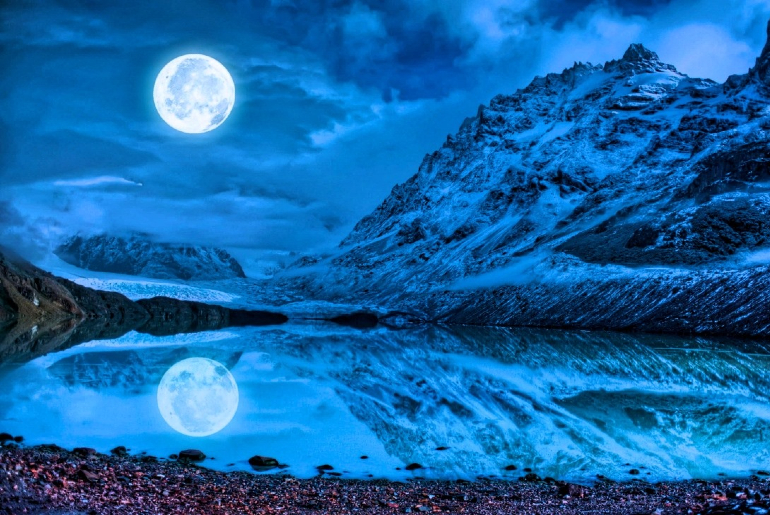 We have often heard about mythological tales spanning around stairways leading to heaven. The most famous among them is the one that was penned down in the 17th book of Mahabharata. As narrated in the Mahaprasthanika Parva, after the battle of Kurukshetra, the Pandavas, along with Draupadi started their journey to the Himalayas to embrace Sanyas. On their way to the mountains, all of them, except Yudhishthira or Dharamraj, succumbed to death for the various sins they had committed. Yudhishthira, the eldest son of King Pandu was finally successful in climbing the stairs to heaven. The word ‘Swargarohini’ means ‘path to heaven’. And this magical stairway to paradise taken by Yudhishthira is believed to be located in Uttarakhand. Read on.

Swargarohini Glacier – The Path To Paradise

The mesmerizing Swargarohini Glacier is nestled in the Garhwal Himalayas of Uttarakhand at a height of about 20,512 feet. To reach the lofty altitude, one needs to cross numerous lakes, mammoth boulders, rocky gorges and snow-clad peaks. Chilly winds blow in the region all around the year. For trekking to Swargarohini, one has to start the journey at Badrinath and trudge through Mana, Lakshmiban,  Chakratirtha and Satopanth Lake. Locals say that sadhus often take this snowy way to heaven after completing their prayers at the Badrinath temple. Badrinath temple is one of the prominent temples of Uttarakhand’s Cham Dham Yatra. Also Read: Uttarakhand Opens For Tourism: Travellers Must Know This Before Making Any Plans

Noteworthy Attractions Along The Way To The Holy Glacier

There are many eye-catching stopovers that fall on the way to the Swargarohini Glacier, like the Nag-Nagini Temple, Bhrigu Gufa, Mata Moorthi Mandir, Anandvan, Alaknanda river and Vasudhara Falls. Anandvan is also known as the ‘forest of bliss’ because of its ravishing scenic beauty. Another splendid destination on the way is the Laxmi Van. According to the folklore, the fourth brother of the Pandavas, the Nakula, had died here for his excessive vanity. A few metres away from the Lakshmi Van is the Sahastra Dhara, where the youngest Pandava Sahadeva is believed to have fallen and died. There are many marvellous narrow ridges here. Ahead of Sahastra Dhara are the Chakrateerth Caves. The Satopanth Lake, where Bheem had fallen, is just a few minutes walk from the Chakrateerth Caves. Many tourists take a sojourn at this lake before proceeding for the rest of the journey through Chandra Kund and Surya Kund. According to the natives, at the Swargarohini Glacier, there are seven steps to heaven. 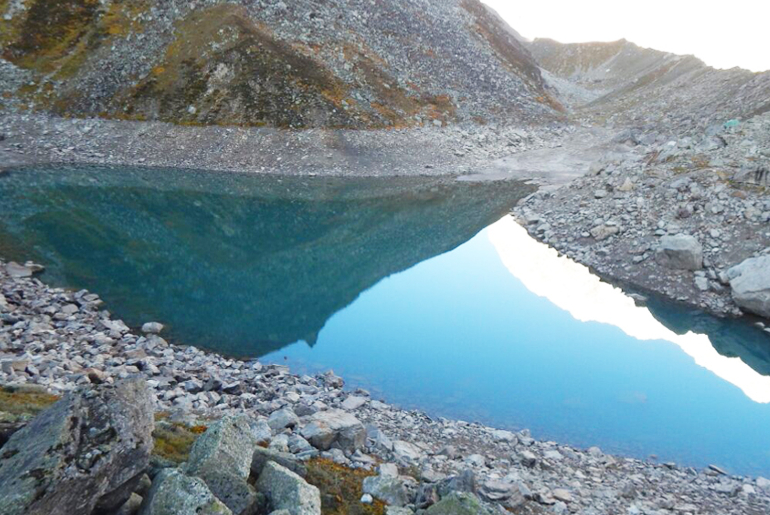 Also Read: I Took An 8 Day Solo Bike Trip From Delhi To The Edge Of Uttarakhand In Just ₹15,300

A Road Not Taken By Many

The rugged terrains leading to the mighty Swargarohini Glacier are not explored by many. Thus, they remain secluded and tranquil. The sounds of mother nature, like the gushing of the streams and the chirruping of the birds, can be heard much louder here. So, the next time you plan a trip to Uttarakhand, don’t forget to visit Swargarohini Glacier, to experience ‘heaven’ at least once in human form. Also, did you know that Uttarakhand has world’s biggest tulip garden?