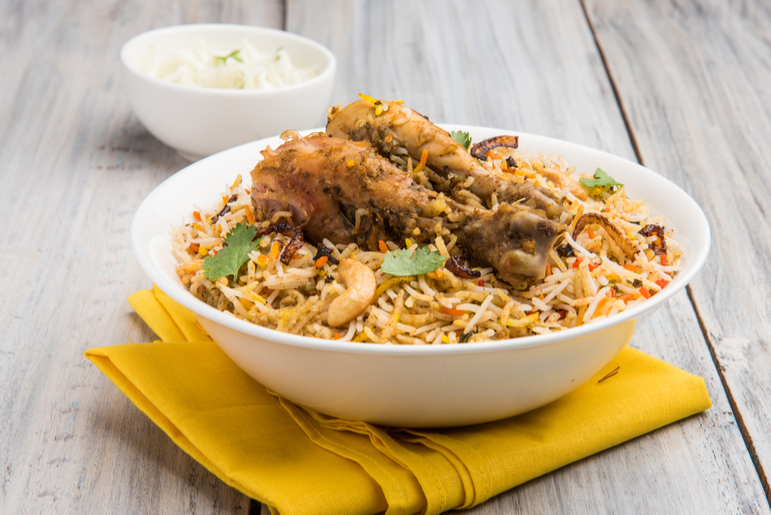 Located on Park Street in Kolkata, Shiraz Golden Restaurant was the first to serve Mughlai cuisine started in 1941.

The first restaurant to introduce Mughlai cuisine in Kolkata, it was founded in 1941 and celebrated completing 75 years in 2016. Having a gorgeous display of grills just at the entrance, you’ll be greeted with the aroma of Biryani coming from the shop. The history of this place goes way back when Mohammed Arshad Ali and Ali Hussain arrived in Calcutta from Bihar in 1941 with only one aim in mind, to open a restaurant that specialized in Mughlai cuisine.

Also read: Satisfy Your Hunger At This Late Night Delivery Place In Kolkata The name of the restaurant, ‘Shiraz‘ has been inspired by the city in Iran which is famous for its food. If you want to get the taste of some authentic Awadhi cuisine then you need to head to this iconic restaurant. The flavours here are unique and delicious that will take you back in time the Mughal era.

Also read: Grab Your Morning Coffee From The Indian Coffee House In Kolkata The Biryani here is a must have along with Mutton Chaaps and Chicken Chaaps that are equally popular. The Biryanis come in varieties like the Pukka Biryani, Awadhi Biryani, Calcutta Biryani and more served in white ceramic handis.