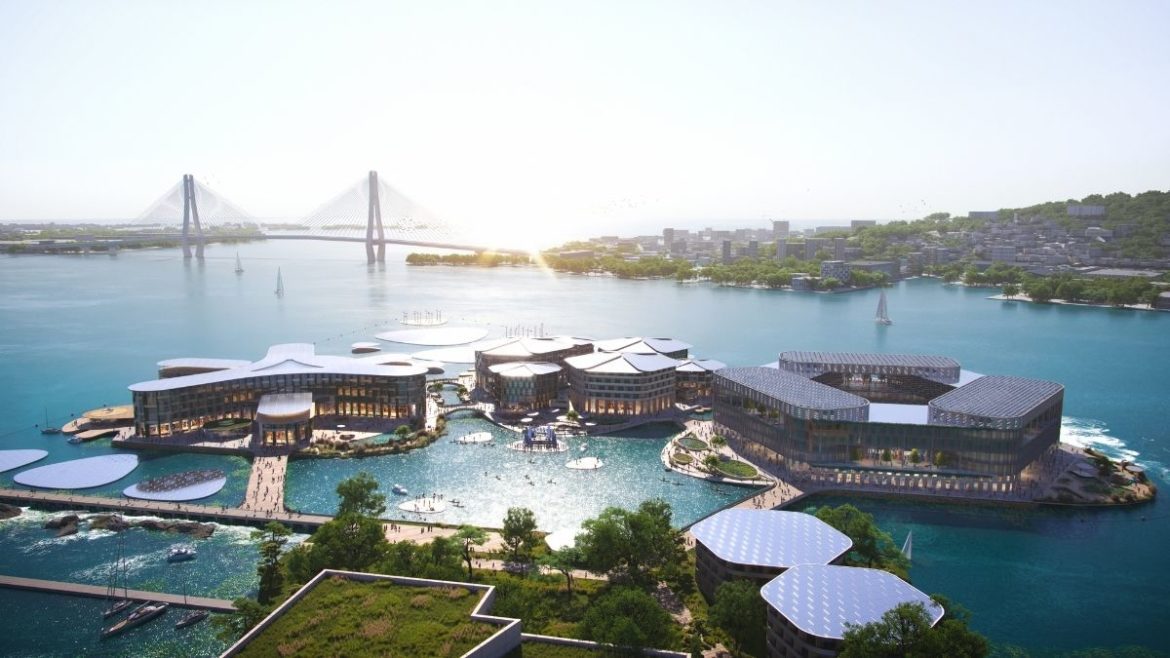 Busan will now have the first Floating City in South Korea known as Oceanics Busan. However, the most attractive part about this new project is that it is the world’s first prototype of a sustainable floating town. The design of the floating city will have three floating platforms along with the bridges. The UN-Habitat and the New York-based sustainable design company Oceanics will design this mega project.

Light Materials To Be Used

BioRock technology generates such kind of materials that grow, heals themselves, and becomes more assertive with age. The building will not have more than five stories. The manufacturer will use lightweight materials such as wood and bamboo to design the platform structures.

The floating metropolis, which initially houses 12,000 people, will be spread over three platforms totaling around 15 acres (six hectares). However, it can extend to over 20 venues and seat about 100,000 passengers.

It Consists Of Three Neighborhoods.

The first neighborhood will have “maximize beach vistas,” including shopping and food choices. In addition, another platform will function as a living area, complete with residential structures, a community garden, and other public places. The third neighborhood will have a research center consisting of a communal winter garden.

Also Read:  Top 5 Reasons Why South Korea Should Be On Your Bucket List This Year

Residents and tourists will commute by bicycle or foot since there will be no conventional automobiles or trains in the floating city in South Korea.

Additionally, the city will be built to endure natural calamities like tsunamis, flooding, and Category 5 hurricanes.