A 500-Year-Old Temple Resurfaces In Odisha 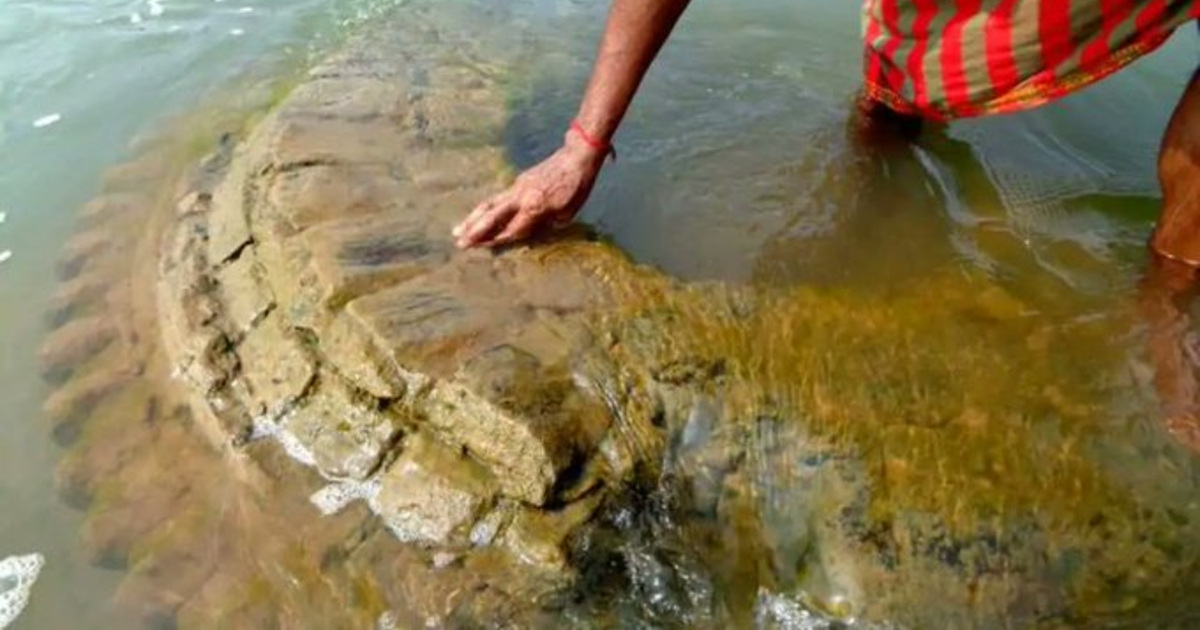 A 500-year old ancient temple in Odisha’s Nayagarh district recently resurfaced in the middle of river Mahanadi. As per locals, there are around 22 such submerged temples in the region. Experts of the Indian National Trust for Art & Cultural Heritage (INTACH) in Odisha discovered it as part of a documentation project. They found the temple in the river near Baideswar in Cuttack’s Padmavati region. The summit of the temple was last visible around 11 years ago.

500-Year Old Temple Resurfaces In The Mahanadi River in Odisha

According to reports, the temple, having an original height of about 60 feet, dates back to the 15th or early 16th century, and its construction was in the ‘Mastaka’ style. The Padmavati village was a part of Satapatana. Satapatana, where the shrine is nestled, is a combination of seven villages. The river had changed course around 150 years ago, due to flooding, submerging the entire village in the 19th century. In the mid of the 19th century, the deities of the temple were shifted to a higher and safer place, which is now known as the Gopinath Dev temple. On that note, read about the stunning Khandadhar waterfall in the Sundargarh district of Odisha.

Also Read: Orchha’s Ram Raja Temple Is The Only Temple In India Where Lord Ram Is Worshipped Like A King

INTACH had launched the documentation project last year on the heritage sites in the river valley. The experts have created a multi-volume report of nearly 800 monuments. Detailed documentation of the same will be releasing next year. INTACH has plans to approach the Archaeological Survey of India (ASI) for the relocation of the temple to a suitable site. Till date, it has located around 65 ancient temples in the Mahanadi river as part of the project. This is the first-of-its-kind study on any Indian river and is the trust’s first pilot project. Also, the Odisha government has planned to start day-cruise services on five water bodies of the state namely Mahanadi, Chilika lake, Bhitarkanika mangroves, Hirakud Reservoir and Satkosia gorge.

Meanwhile, feast your eyes on this hidden jungle resort in Odisha:

India has many monuments from the bygone era, some of which are noteworthy, some unexplored and some on the verge of extinction. Mr. Anil Dhir, the project coordinator of INTACH notified that the country has lost nearly 50 temples due to the Hirakud Dam in Odisha. We anticipate that in the years to come, survey groups like these will discover more hidden treasures in the nooks and crannies of India. For now, allow us to take y’all on a virtual tour to Bhubaneswar.

6 Stunning Places In India To Witness The...

Sleep Under The Stars In These Glass Pyramids...