You Can Now Make Fried Egg Without The Egg; Viral Video Shows You How 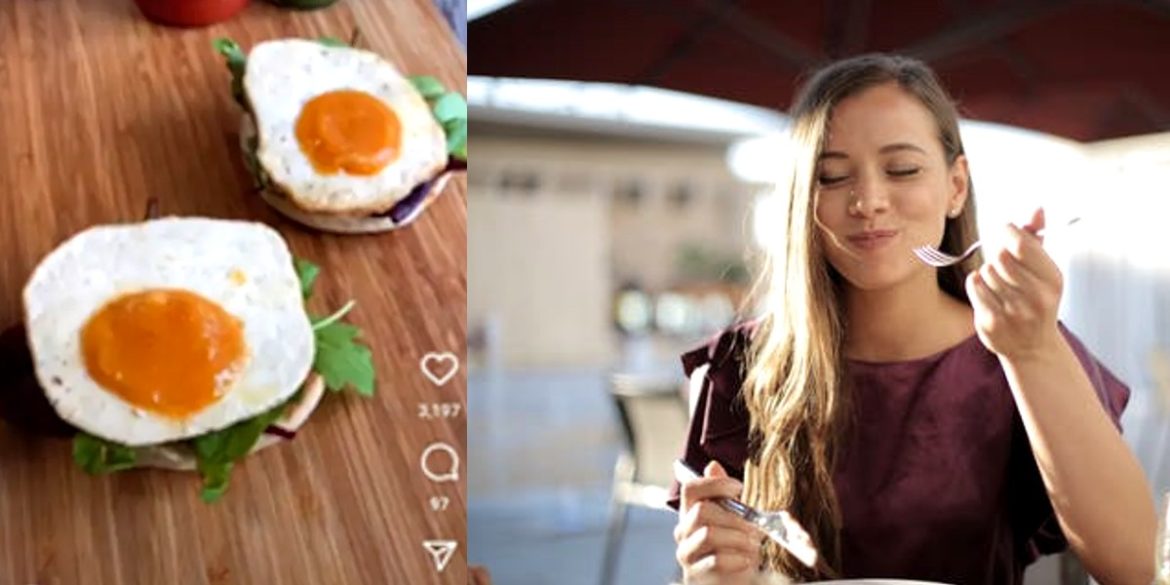 What? A fried egg dish without the egg? Well, with veganism drawing attention among foodies, it’s not surprising to come across dishes that look like meat, taste like meat but are in fact vegan. The veganism wave has promoted healthier lifestyles among not just vegetarians but even non-vegetarian people seeking healthy food that tastes like their favourite meat. Read on to know more about this eggcellent dish of a fried egg without the egg.

A video posted on the Instagram channel @get.plant.ed shows a fried egg being prepared without the egg. Instead, the favourite breakfast dish is being with tofu, corn starch, black salt, ketchup and mustard. To prepare egg whites, tofu sliced in the shape of a fried egg is lightly sauteed on the pan so the edges get browned. For the yolks, corn starch, tapioca starch, ketchup, black salt and mustard paste is mixed together with oil and water. As the tofu gets browned, the paste is added to it, to resemble the yellowy, yolk. It’s basted with a little oil for glistening the egg yolk and circular egg whites.

Netizens Impressed By The Vegan Creation

Finally, the vegan fried egg is added on a bun with veggies and ready to consume! At first glance, it looks exactly like a fried egg. Netizens were shocked by how similar it looked to an actual fried egg. While one netizen called it clever and hailed it as a  good idea. But there were some who weren’t impressed and didn’t want vegan food to look exactly like non-vegetarian food. Well, we’ll leave you to try this and see for yourself. Meanwhile, Bollywood star couple Riteish and Genelia Deshmukh have started a new company called Imagine Meats that offers delicious vegan snacks that look and taste just like meat.