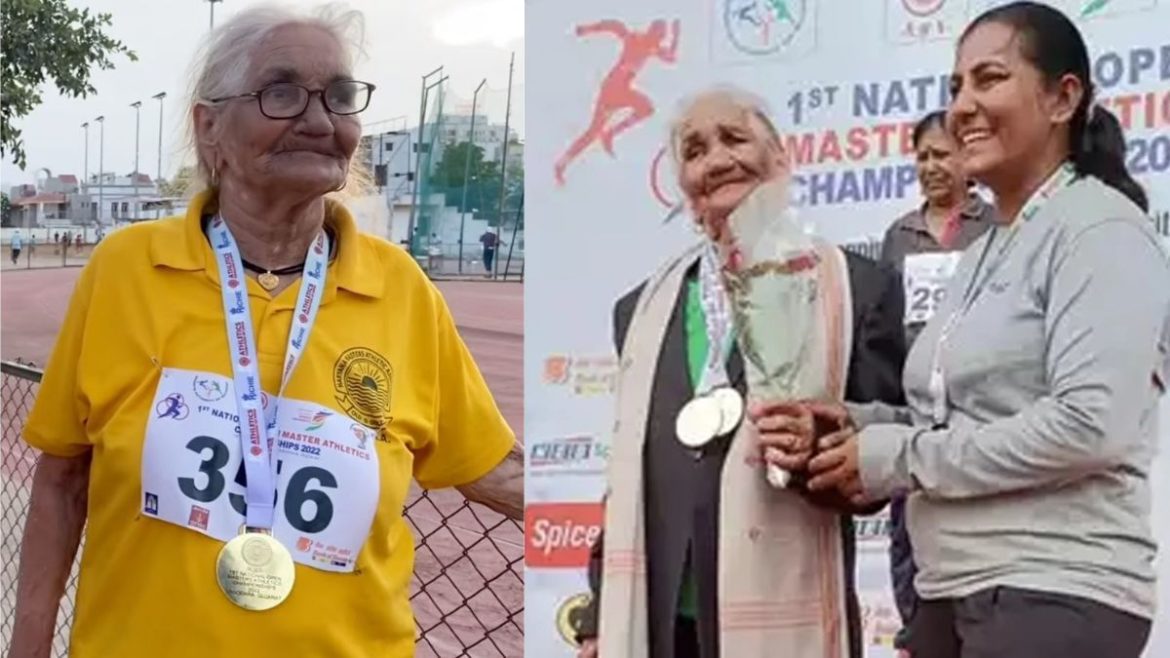 Maybe it is time to stress the cliché “Age is just a number” again! After the 105-year-old Super Nani from Haryana broke the record for the oldest (or youngest, depending on how you look at it) person to win a gold medal for sprinting 100 metres in 45.40 seconds at Gujarat’s National Open Masters Athletics Championships on Saturday. Use it as motivation to get in shape!

Super Nani, Who Is Setting Benchmark?

Haryana’s Rambai, 105 and still going strong, is chauffeured by her 5-year-old granddaughter Sharmila Sangwan. Her running career began last November in Varanasi, India, when she competed in her first race. Since then, she has won several medals in races in Maharashtra, Karnataka, and Kerala. Now people call her Super Nani.

At 105 years, super grandma sprints new 100m record. #Rambai ran alone in #Vadodara as there was no competitor above 85 competing at the National Open Masters Athletics Championship pic.twitter.com/iCIPTOkuFt

Also Read: India Is In Awe Of ITBP’s Himveers Performing Yoga At 14,500 Feet In Uttarakhand

During the Vadodara tournament, Rambai was the only 85-year-old woman competing in the 100-meter and 200-meter races on June 15th and 16th, respectively.  Both times she finished in under one minute, 52.17 seconds. On top of all that, Rambai’s 100-meter time of 45.40 seconds shattered the previous World Masters record of 74 seconds held by 101-year-old Maan Kaur.

The triumphs have given Rambai even more motivation to compete. Moreover, she has plans to get her passport ready so she may show off her fitness level. If you are wondering who’s her nutritionist, then you will amaze after knowing this. The secret of her daily intake of buffalo milk and ghee – to the rest of the globe! It’s no secret that Naani is a devotee of this regimen, which requires her to take 250gm of ghee and 500gm of curd daily, and churma in moderation.

Age Is Just A Number To Live Life Fully

Rambai, born in 1917 and competing in the over-100 division, was the only contestant and went on to win the gold medal and set a new record. As a survivor of two World Wars, the Partition of India, and the current epidemic, Super Nani is a living legend. She understands how to enjoy life in the most literal sense possible and never turns down an opportunity to play sports! A living example for all of us!