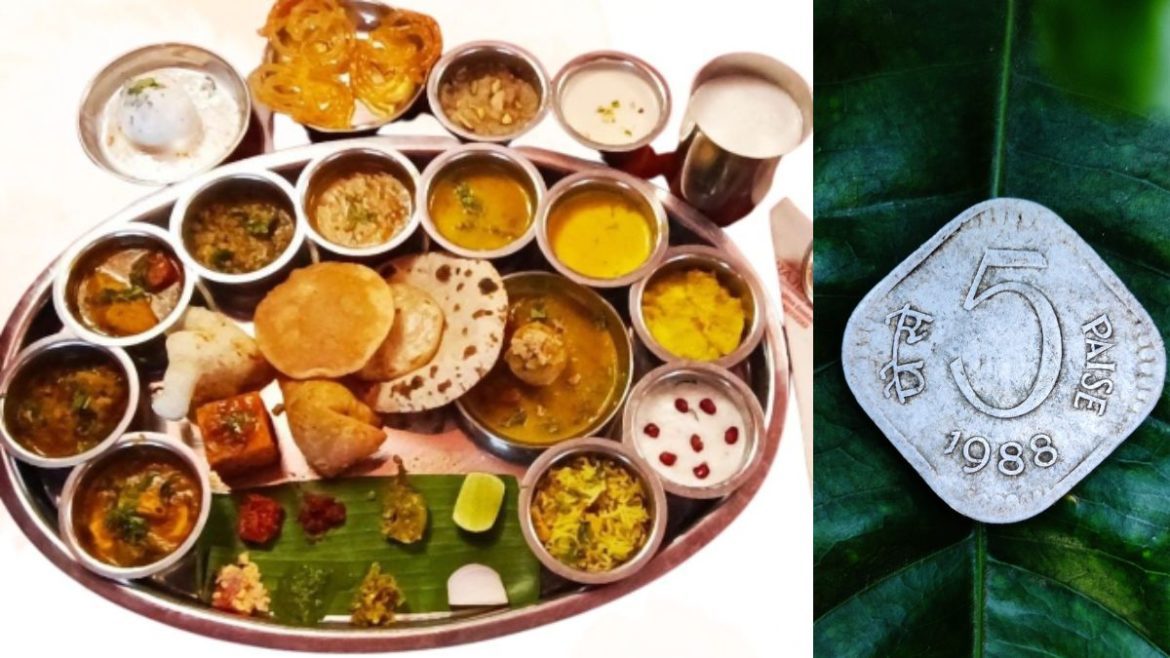 What can you buy for 5 paisa? Nothing right? Well, what if we told you that you could relish a whole unlimited vegetarian thali with over 35 dishes for just 5 paisa? No,not kidding. This restaurant in Andhra Pradesh actually served its vegetarian thali at 5 paisa to all the patrons. For obvious reasons, the thali was unlimited and became a huge hit with the people. Here are the details.

Rajbhog Restaurant, an Andhra Pradesh-based restaurant, came up with an amazing food offer. It served a diverse vegetarian thali with more than 35 dishes for just 5 paisa, and that too was unlimited. The owner of the restaurant in Vijayawada, Mohit, said that they did not expect such a crazy response to their offer. He said that it was their marketing strategy that took off to unexpected heights.

The restaurant had posted about this offer on its official Instagram handle. They had expected only a maximum of 300 to 400 patrons to visit the place. But their post went viral, and more than 1,000 people visited the restaurant, many of whom paid 5 paisa for the thali. The thali comprised dishes from North Indian, Gujarati, and Rajasthani cuisines.

Also Read: You Can Have Grand Canyon-Like Experience Right Here In Andhra Pradesh

What are your thoughts on this? Lets us know.