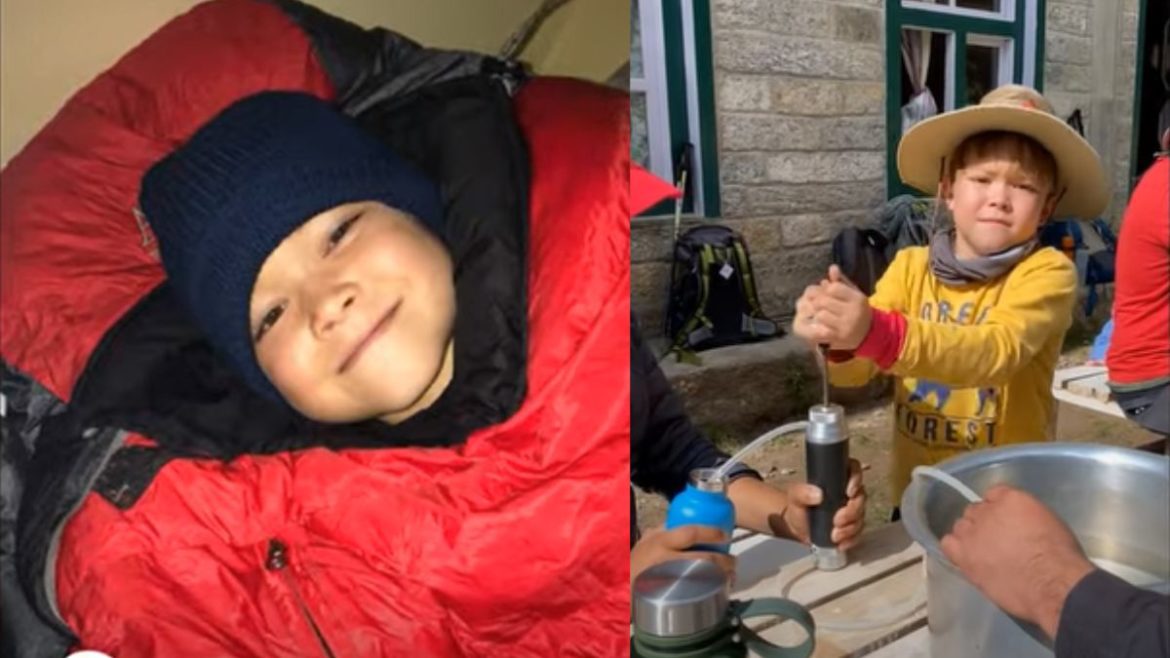 We often watch the news and hear stories of people overcoming their fears and climbing Mount Everest. Everyone’s journey is quite different but most of the time the common similarity is that they are all adults. Well, this time the story is very different as only a 7-year-old conquered the barriers and climbed to the base camp of Everest. Say hello to Gus, the 7-year-old boy who is setting goals and inspiring many.

Gus is from Phuket and he is now the youngest person in entire Thailand to reach the Mount Everest base camp. He was accompanied by his parents on this journey and they started it in November. It was on 14 November when they climbed to their destination, around 5,340 metres above sea level. No matter who tries to trek on this route, only some become successful in reaching the base camp.

Achieving something so inspirational and memorable at such a young age is indeed one of Gus’ most special achievements. To make it more special, he and his team even documented the trekking journey and shared clips and videos on his Youtube channel. Also, his friends and schoolmates tracked his journey to the base camp and shared it on Youtube too. He is a student of Phuket’s Kajonkiet Thalang School and needless to say, his friends were very supportive of his trekking journey.

Climbing Everest is not an easy deal and motivation and support from people are very much appreciated in such times. And Gus’ school, his friends were very much invested in it with him. While talking about his anecdotes and experiences of climbing the base camp, Gus’ stories inspired everyone.

His team included his parents and 2 trekkers from Phuket. Their journey began with hard training to tackle all the obstacles en route, be it the weather or the road. After flying to the Tenzing-Hillary Airport, they trekked for almost 2 weeks to reach their destination.

It feels so amazing to see someone at such a young age fascinated with such extreme achievements!