8-Year-Old Dubai Boy Becomes The…
Viral Video: Not Baby Crying,…
On The Occasion Of Dussehra,…
Break Or Remove Or Damage… 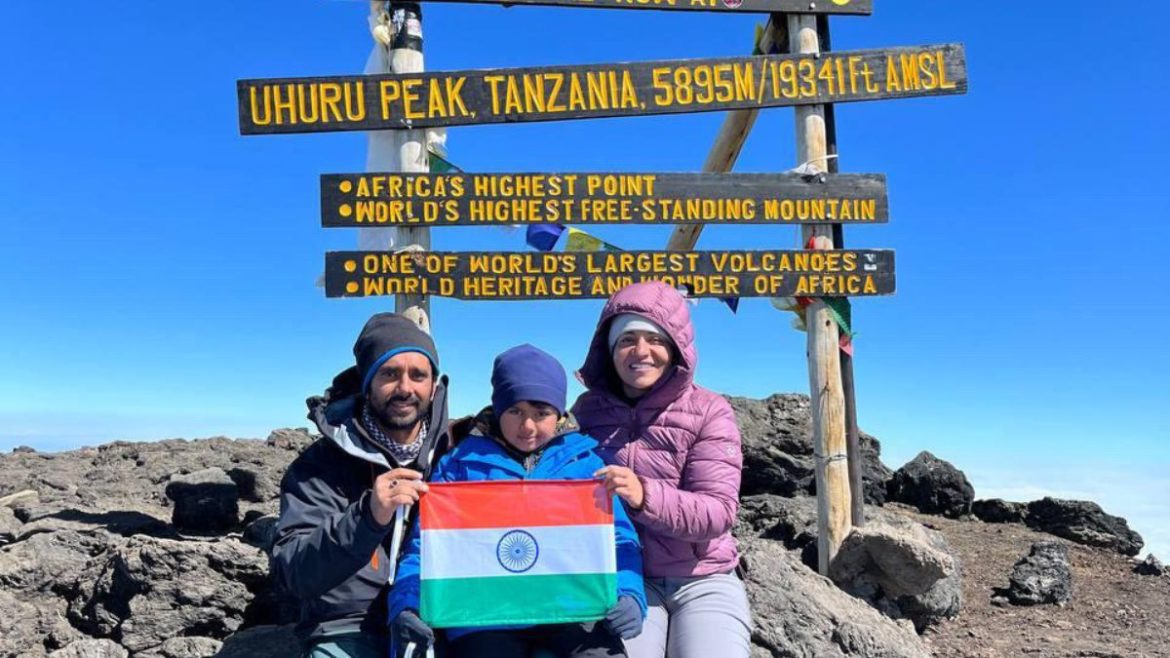 We have seen a lot of people reaching the summit of the highest mountains. Scaling a peak has become common, but an 8-yr old doing the same does make it sound fascinating. Yes, an 8-year-old boy from Dubai became the youngest to scale mount Kilimanjaro all by himself. Ayaan Saboor Mendon caused a stir when he raised the flags of India and the United Arab Emirates atop Africa’s tallest peak.

The Kid Unfurled India And UAE’s Flag Atop

Age seems like just a digit when you want to achieve something. Despite having cramping hands and cold legs, an 8-year-old explorer made history on August 4 at 10 a.m.

Mount Kilimanjaro’s summit is 5895 metres above sea level. It was a chilly -10°C on the day that young Ayaan emerged as the youngest kid from the GCC to summit the mountain.

His parents, Vani Mendon and Saboor Ahmed, who joined him on the arduous 7-day trip to the peak, instilled this enthusiasm at a young age.

Also Read: This 70-Year-Old Dubai Grandfather Is Set To Scale The Highest Peaks In 7 Continents

Ayaan was delighted to see the environment and enjoyed seeing animals and birds. There were other things that he usually only saw in movies and novels. He got to experience a variety of weather patterns, including rain, fog, sunshine, and frigid temperatures.

There were difficulties on the voyage. Ayaan had to contend with adverse weather and altitude sickness. At an elevation of 4713 metres, the family arrived at the foothill of the summit on day 6. He expresses pride in his accomplishment and wishes that other kids would be motivated to follow their aspirations by the climb. According to the mother, Ayaan has gained a lot of knowledge from this excursion. For almost two years, he had been preparing for this accomplishment.

Break Or Remove Or Damage Official Seals And...

On The Occasion Of Dussehra, BEST Offers Mumbaikars...