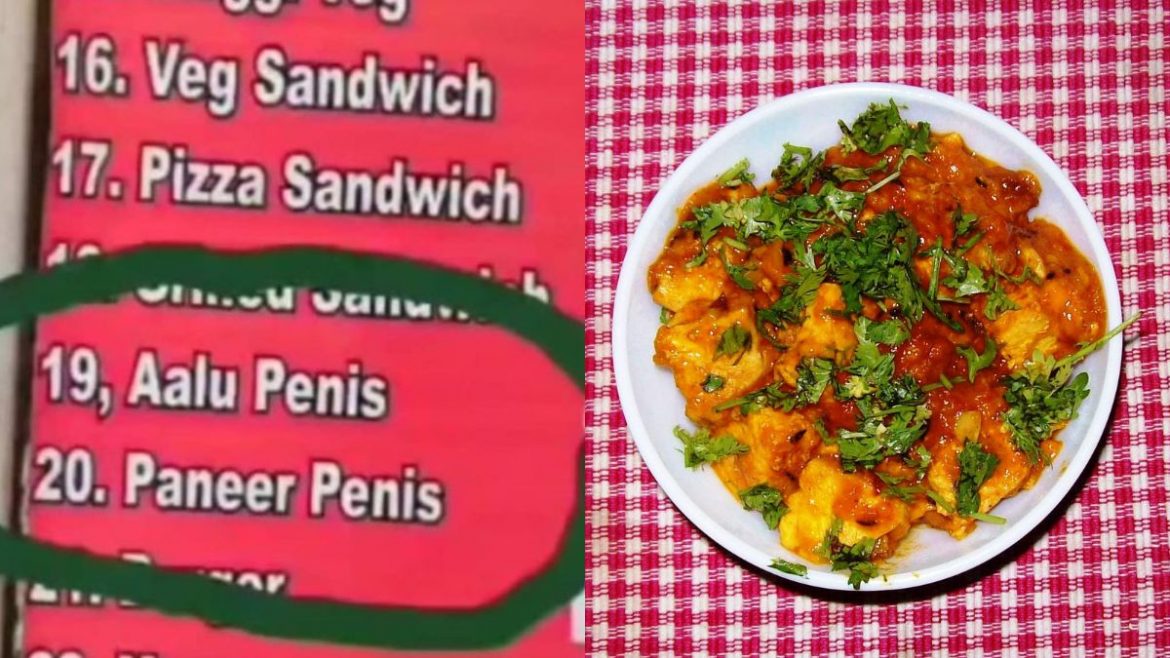 You’ve probably heard it said multiple times aloo is very versatile and goes with virtually anything. Paneer, too, is deemed pretty versatile and is paired with a lot of things. Today, we bring to you a combination that, if it fails to blow your mind, will definitely leave you in splits. This menu board at an Indian eatery is offering unique aloo and paneer combinations. Presenting, Aalu P*nis and Paneer P*nis!

Aloo gobi and palak paneer are pretty common, but could we interest you in some Aloo p*nis and Paneer p*nis perhaps? According to a picture posted on the popular social media networking website Instagram, an unknown restaurant in India is serving these. Well, if not serving them then at least claiming to do so. Turns out, Matar isn’t the only balls that you can put in aloo and paneer.

A popular comedy page on Instagram called “Incredibal India” posted this image. The name is a deliberate misspelling as the page posts pictures of hilariously misspelt words in public places in India. It is a pretty popular trend in India to post images of such hilarious misspellings on the Internet.

The page posts a number of misspelt words that leaves its audience in splits. It receives contributions from the audience members as well and it curates what the audience sends. In another hilarious instance, another restaurant displayed a banner that said that served ‘Delicious Indian Cousin’. No doubt trying to spell ‘cuisine,’ this banner messed up hilariously.

These misspelt words, though hilarious, are also evidence of widespread illiteracy in India. The majority of India is rural and most people in the country aren’t privileged enough to afford education in the English language or one that’s effective, anyway. This may be the root cause of how we end up with such, admittedly hilarious, misspelt words.

Any hilarious misspellings that you have spotted? Tell us about them below!