A 500-Year-Old Palace Or A Haunted House? Malcha Mahal Has Got Delhi Excited! 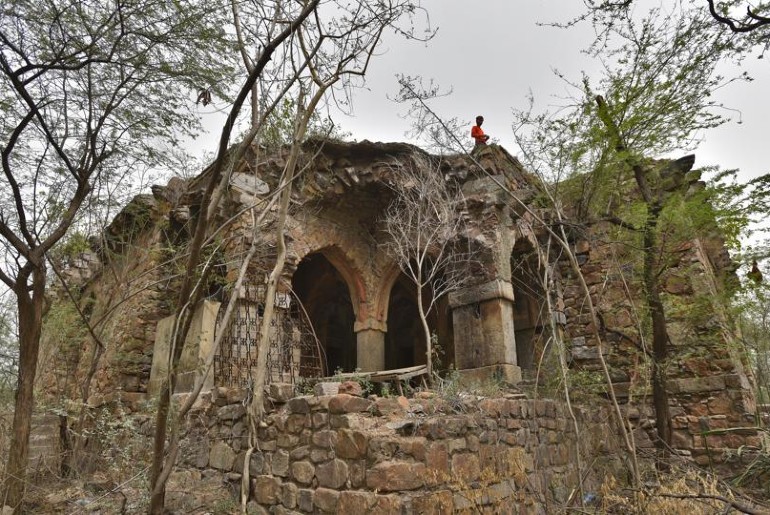 Malcha Mahal: a palace or a haunted house? Bang in the middle of Delhi’s Ridge Forest, a beautiful dome structure lays abandoned. Whether it rests quietly or otherwise is something a few Delhiites like to investigate themselves. The appeal of a haunted house has persisted through generations. Delhi is not immune to the calls of the spirits. Police say all they have found on their ghost hunts are empty cigarette packets, signs of thievery and traces of the desi ghostbusters. Did you know Delhi NCR has  6 Gorgeously Green Forests That Will Definitely Give You Wildlife Sanctuary Type Feels?

Malcha Mahal was occupied by a family of three for three decades until 2017. Prince Ali Raza, his mother Wilayat and sister Shakina claimed the palace theirs due their birthright. They were the self-proclaimed descendant of the Oudh Royal family. It was reported that security guard Prem Kumar said that the royal family did not let anyone near the palace. Once they set the dogs on a forest guard who tried to enter the palace compound. If you seek royal palaces then you have a chance to Live Like A Maharaja As Jaipur City Palace Lists On Airbnb For The First Time Ever! 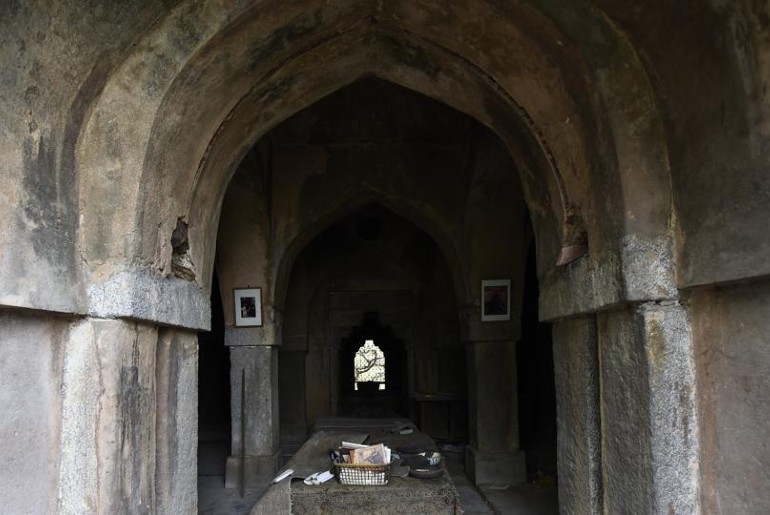 The 58-year-old self-proclaimed Prince succumbed to a brief illness and left his royal abode Malcha Mahal to the public in 2017. His relatives were reported saying Wilayat hallucinated and Raza was no Prince. The truth rests in peace beyond the grave with the three family members now.

Also read: Taste The Royal Life At These Palace Hotels In Rajasthan Where Every Guest Is A King!

The Palace Is Getting Restored

If scribbles in blood red don’t scream haunted house, then we don’t know what does. Did you think this would be a deterrent for Delhi? Tourists, locals and night crawlers have developed a taste for the 500-year-old Malcha Mahal. The ‘royal family’s’ belongings like crockery, books and bedsheets have gone missing. Even their photographs have mysteriously vanished. We wonder if they hang proudly in some history enthusiast’s apartment. The silver lining in all this is perhaps recycling and upcycling. The Archaeological Survey of India has proposed to restore the palace to its original glory.

Also read: You Can Now Visit The Haunted Place In Ras Al Khaimah 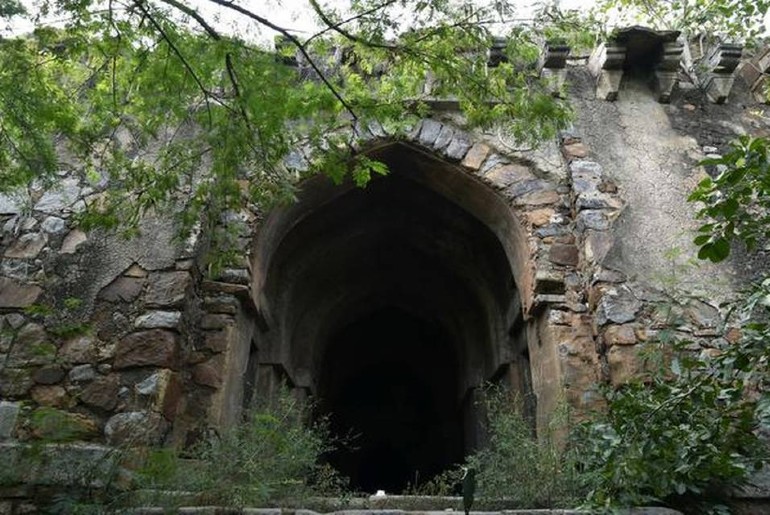 There was a perfectly good wooden bed in the palace. A portion of what remained of it is now strung to a tree near the haunted house. The works of a ghost or a prank played by the city on itself, the fun is in not knowing! Malcha Mahal has quickly become a must-visit spot for those looking for the heart of Delhi. Do you dare?