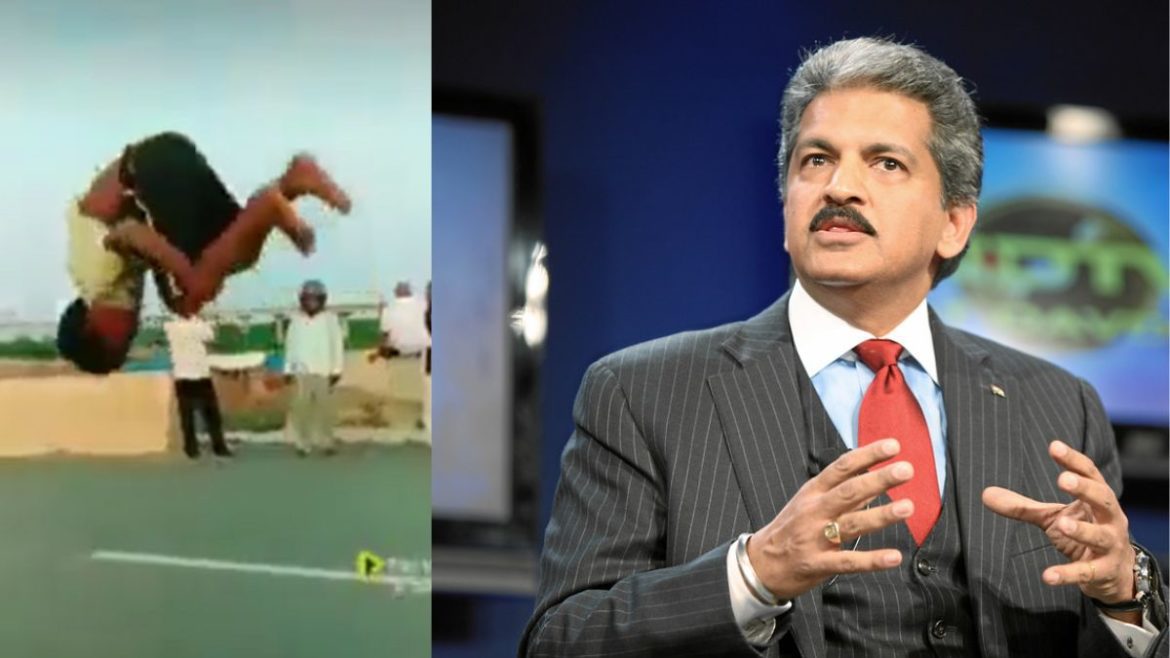 Anand Mahindra, an industrialist, is renowned for celebrating talent and innovations from all around the world. Every time he learns about something or someone fresh and creative , he tweets about it and shares it with others. Recently he posted a video on his Twitter handle that featured a boy from Tamil Nadu who was skillfully performing acrobatics on the road. He also spoke about how such talented people deserve recognition and support.

Anand Mahindra never fails to bring the talent he comes across to his twitter account. Recently he posted a video which featured a boy on the streets of Tirunelveli in Tamil Nadu performing acrobatics skillfully. As bystanders marvel, the young child does a number of tricks, including front and back flips and even a 360-degree flip. While posting the video he also wrote in the caption about how such talent should be supported and given all the limelight it deserves. The Mahindra group chairman was in total awe of the talented boy and the video was shared to him by his friend who had seen the same boy in a village.

And after the Gold rush for India at the #CWG2022 the next generation of talent is shaping up. Unsupported. We need to get this talent on the fast track. (This video shared by a friend who has seen this boy in a village near Tirunelveli) pic.twitter.com/DXBcGQjMX0

When people talk about trolling and cyberbullying, netizens who saw the video on Anand’s twitter could not stop themselves from appreciating the skills the boy possessed. Many spoke about how such talented kids when supported and given the right direction tend to be an asset to society. Others lauded Anand for recognising such talents and bringing them to the notice of others. One user also said that India is filled with such talent in every corner but not all get the recognition and support. Some also spoke about free facilities for such gymnasts so that they can be better at their skill and represent India one day.

Someone needs to help this boy get trained and be part of the Indian Olympics team. He has already learned the tricks.