All Flights To Kashmir Stay Suspended Due To Thick Snowfall 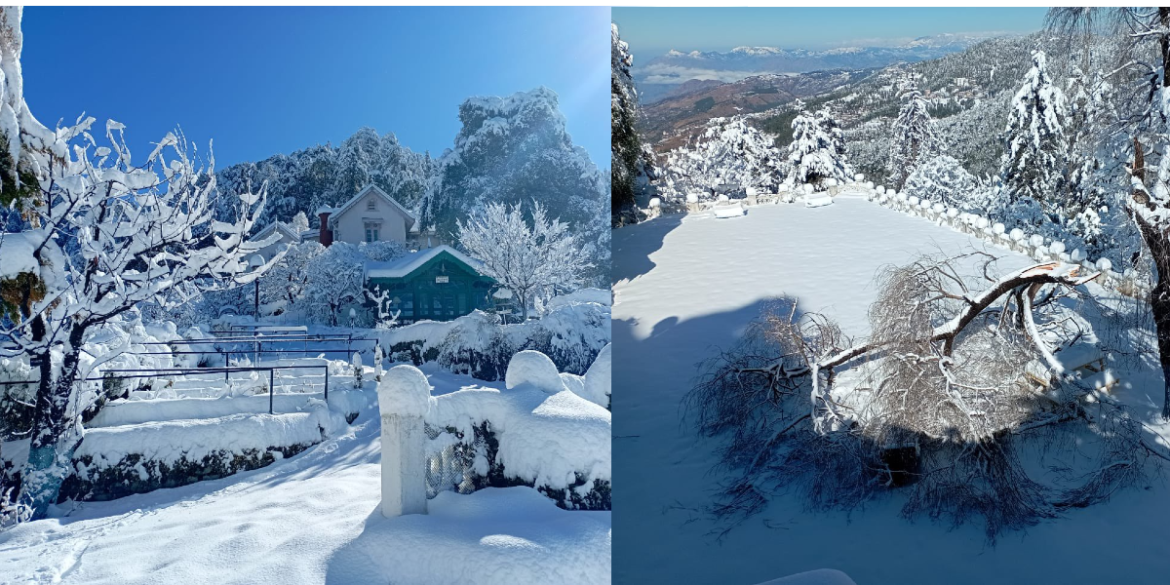 Kashmir is rightly called “Heaven On Earth”. Endowed with snow-capped peaks, lush gardens, the pristine Dal Lake with welcoming houseboats, delicious food and hospitable hosts, it’s no doubt why tourists love flocking here, especially during the winter season. Come winters, the Kashmir Valley is bathed in blankets of snow with snowflakes glistening on trees. Several parts of Kashmir received fresh snowfall in February. Due to continuous snowfall, airlines have cancelled flights to and from Srinagar. Flights remain cancelled as the visibility is only 400M. However, airlines have said that passengers will be adjusted in the next available flights.

On January 16, industrialist and Chairman of Mahindra Group, Anand Mahindra shared alluring pictures of snow-covered Srinagar. His post includes four photographs from Srinagar. The photos showcased snow-clad peaks, houses covered in fresh white snow, pine trees looking dreamy with ice crystals and a mountain range bathed in snow. The awe-inspiring pictures look magnificent, and can in fact give tough competition to the postcards of Switzerland. The industrialist rightly bid goodbye to Switzerland and welcomed Srinagar. Travellers, even Anand Mahindra wants you to prefer India’s winter getaway Kashmir to Switzerland.

Also Read: This Kashmiri Chef Is Preserving The Art Of Mutton Harissa In Srinagar; Here’s How

The Kashmir valley currently witnesses the 40-day harshest winter period called ‘Chilla-i-Kalan’. This cold wave has gripped the entire region leading to a severe drop in temperatures and freezing water bodies like Dal Lake. The region faces heavy snowfall, harsh winds and severe cold waves. While the photos from Kashmir are certainly beautiful, it is a very harsh winter for the locals. Meanwhile, take a virtual tour to Srinagar with our Chief Editor Kamiya Jani.