At This Chennai Fast Food Joint, You Can Get Noodles & Fried Rice Cooked On An Automated Machine 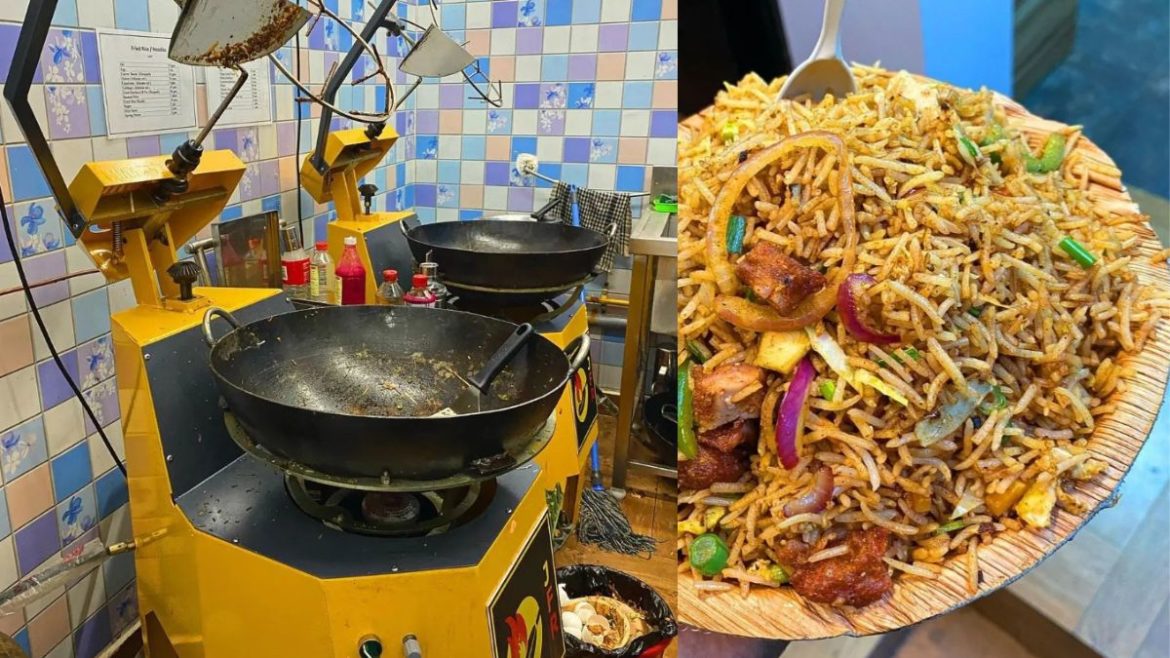 You must have seen the head chef at a Chinese restaurant or stall skillfully tossing the rice or noodles in a pan. Isn’t that an amusing scene where nothing from the pan falls down as the man keeps tossing the delicious food above the flame? Now fast forward to the future, where the tossing is the same but instead of a human, a machine is the head chef. Yes, the future is here. Chennai’s fast food joint has an automated machine that cooks delicacies for you.

Chennai’s fast food joint, Just Fried Rice in Anna Nagar, uses an automated machine in its kitchen. The machine is noiseless and takes over the process of tossing. Honestly, tossing as a process is very tiring for any cook. This machine helps the cook with that necessarily repetitive and important process.

Restaurateur Praveen Anthony says that the focus of this joint was the recipe and not the automation. He mentioned that the machine has only replaced the tossing process and not the cooking as a whole. This machine makes about 10 portions of fried rice at a time. The machine tosses without breaking noodles or rice because of its rotating feature.

Just Fried Rice is the fourth concept-based restaurant by Praveen. He said that he wanted to come up with a restaurant that is family-friendly. He wanted to break the notion that women and children avoid going to fast food joints because of the ambience. He wanted to bring back the “OG,” or old-generation taste of fried rice.

His team worked on many recipes that were in sync with the machine and the needed taste. They finally zeroed in on one after many trials and errors. Every machine has a statement of purpose with a recipe and quantities of ingredients pasted on the walls for reference. The restaurant currently has two female employees who look after the preparations.

This restaurant looks like a must-visit now! Do let us know if you have visited it already!