Are you a fan of sushi? Well, then here’s some super delicious news! Sumo Sushi & Bento, UAE’s favourite sushi restaurant has taken things a notch higher. The restaurant has added a luxurious twist to its list of Sushis and has now launched the UAE’s first Gold Sushi Box. Exciting? Read on to know more!

Dig Into A 22-Karat Gold Sushi At Sumo Sushi & Bento

The UAE’s first Gold Sushi Box was launched recently at Sumo Sushi & Bento. The new luxury box consists of 48 pieces of sushi rolls, of which with six pieces are wrapped given a royal makeover, wrapped in edible 22 karat gold.

Available at just AED 500, Sushi fans will be able to indulge in flavours of gold in the newly launched Gold Sushi Box. Besides, diners will also have access to a raffle draw entry, with a chance to win AED 50K worth of gold. Sushi afficionados can avail this offer at any of the participating outlets located at Dubai Media City, Jumeirah Lakes Towers, Town Center and Al Murooj until 16 October. The offer is valid for dine-in, take away and delivery. The winners of the raffle draw will be announced on 24 October. 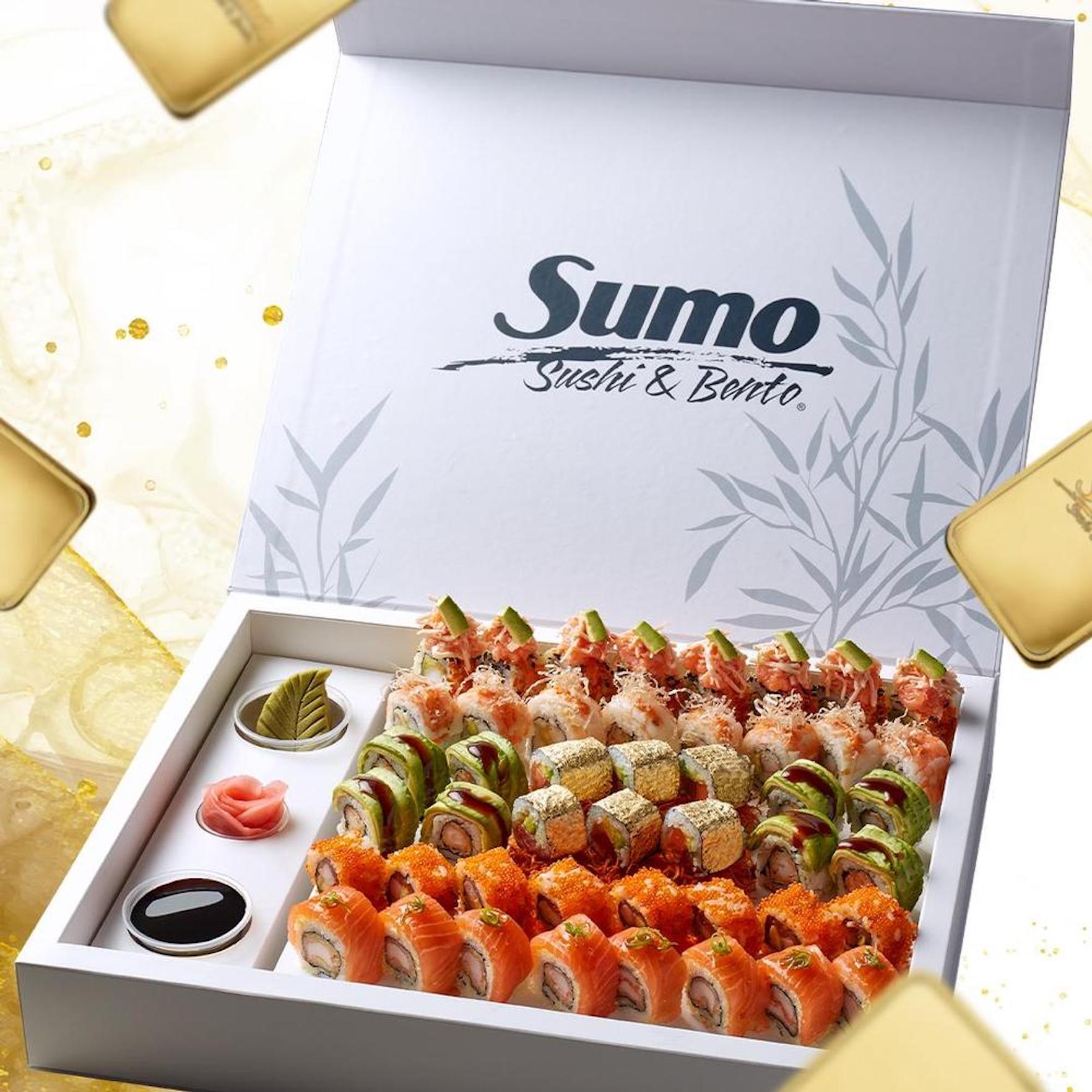 Well, this is not the first time UAE is giving a ‘golden’ makeover to a dish. Recently, Dubai treated foodies to a royal, gold vada pav. Have you tried it yet? Well, we dropped by to grab a bite and here’s what we loved!

O’Pao has now introduced the world’s first 22 Karat Gold O’ Vada Pao. Known to combine fresh ingredients with familiar Indian and global fillings, stuffed between soft and scrumptious Pao’s, this time around the hidden joint decided to take the humble Pao to the next level.

But wait! It’s not only the gold that makes the vada pao different. The vada is filled with cheese and imported french truffle butter while the bread is topped with homemade mint mayonnaise dip. The Vada (flavoured potato dumpling)  is wrapped with premium quality French imported 22 Karat golden leaves.

The 22 Karat Gold O’Vada Pao is served in a mystical wooden carved box lit with Nitrogen base, and it comes with a side of sweet potato fries & mint lemonade. The golden vada pav is available only for dine in and is priced at AED 99.