Social media fan clubs of BTS recently shared pictures and short video clips of the popular boy band enjoying Indian food. The footage of this video is taken from Bon Voyage Season 4 in 2019. BTS members had travelled to New Zealand. During their stay there the boys were seen relishing Indian food in the behind the scenes videos of the show. Lead vocalist Jimin and main vocalist Jungkook savoured an Indian gravy with naan. But the BTS members were seen confused over tofu that tastes milky. Was it tofu or cheese they wondered. Well, they were most likely gorging on paneer curry and naan.

Jimin and Jungkook eating paneer.
This is too much to handle at one time😂💜
Indian ARMYs are way too happy now@BTS_twt #BTS pic.twitter.com/7vk9GoeCIC

In another video clip, BTS member J-Hope was seen eating naan and curry with his hands, just like us desis. Indian fans of the boy band freaked out after watching these videos, which went viral in no time. Although BTS has never performed in India, they have often expressed their gratitude to their Indian fans. 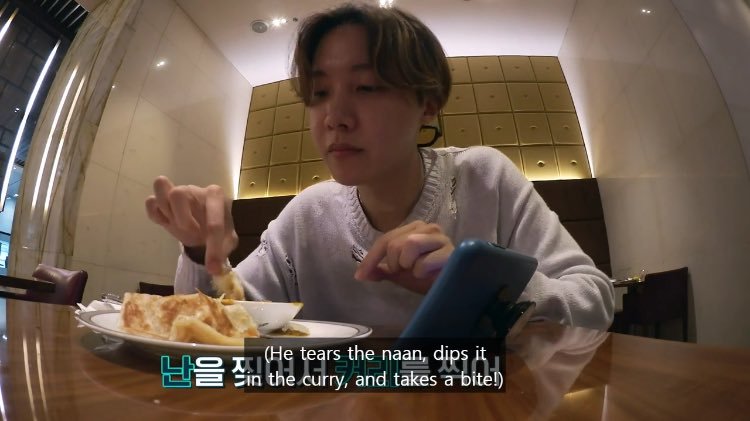 They even spoke to NDTV last November that they want to meet their fans in India and show them their performances after the pandemic comes to an end. Meanwhile, here’s a video of Indian avatars of the top 10 international dishes.