After remaining suspended for almost 5 months, Delhi Metro services resumed operations from September 7. On the first day, it started services on Yellow Line and Rapid Metro. On September 9, operations started on Blue and Pink Lines as well. A day later, services started along  Red, Green and Violet Lines. Now, Delhi Metro is finally resuming services on all lines. The last line on the network which is the Airport Express Line, will also open today, when the Delhi Metro will revert to its pre-lockdown operational timings of 6 am to 11 pm. The metro services were shut since March 22, because of the pandemic. Tokens will not be issued to passengers, and they must now use smartcards.

No Tokens For Now: Smartcards Will Be Used For Contactless Travel

Tokens will no longer be issued to commuters, and they must instead use smartcards for contactless travel. The Delhi Metro Rail Corporation (DMRC) had launched these new cards with auto top-up facility on August 19. To use a smartcard, passengers need to download the AutoPe app, and link their credit cards/bank accounts/UPI accounts. When the amount in their cards goes below ₹100, it will get automatically recharged with ₹200 at Automatic Fare Collection (AFC) entry gates.

Now get New Smart Card with Auto-Top feature or upgrade your existing Smart Card with this feature through the mobile App ‘Autope’ or by visiting the mobile site ‘https://t.co/HSWAFaeX4n’ #GoCashlessGoContactless pic.twitter.com/zJe3cNlI6G

Commuters arriving at Delhi metro stations should undergo a thermal scan. As per various reports, this will be carried out by the Central Industrial Security Force (CISF) personnel from a distance. They also need to wear mask shields, face masks, and gloves. Only passengers with normal temperatures and wearing face masks can continue their journey. 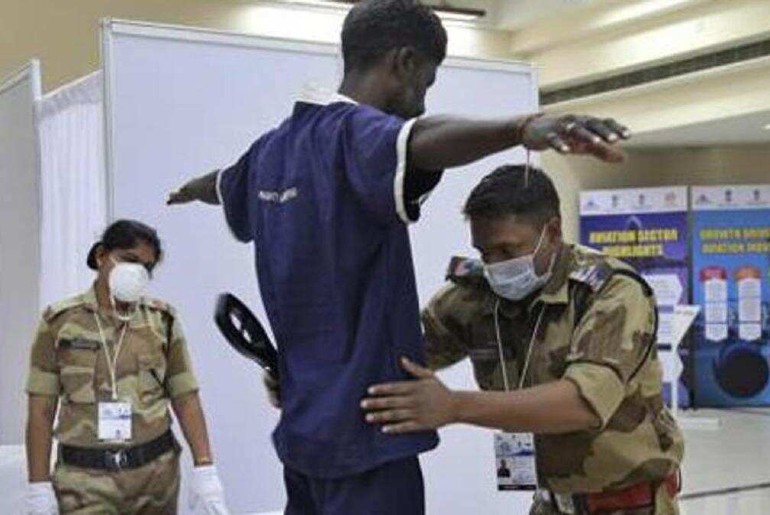 Other Rules And Guidelines To Know When Delhi Metro Services Resume

To ensure social distancing, trains will halt for a longer time at the stations. However, Metro services will not be functional at all the stations. Apparently, a list for the same is being prepared and will be released soon. Here are a few more guidelines for Delhi Metro:

Also Read: Delhi Metro Is All Set To Run 100% On Solar Power

The Ministry of Home Affairs (MHA) has announced a fresh set of guidelines for Unlock 4. According to these, social, religious, academic gatherings will be allowed from September 21, with a cap of 100 people. Also, cinema halls, theatres and swimming pools won’t be open to the public. But open-air theatres might resume from September 21. Meanwhile, the government had already announced in July end that there shall be no restriction on inter-state and intra-state movement of persons. Which means, people no longer need e-passes or other permits to travel within India. And while we can’t wait to hear the sound of Metro racing through, here are a few more everyday sounds of Delhi that we miss.