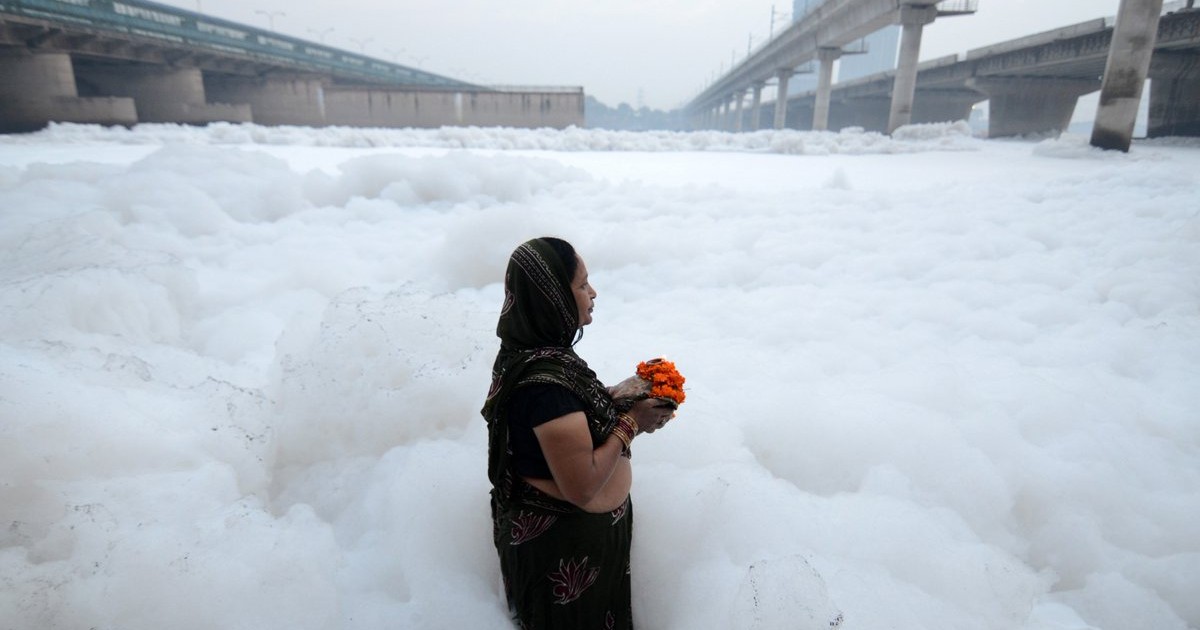 The pollution levels in Delhi moved from bad to hazardous in a couple of days, and it is only getting worse. The dirt and haze has taken over the city and it does not end there. Even water bodies have been polluted; and recently, we it became quite visible too. 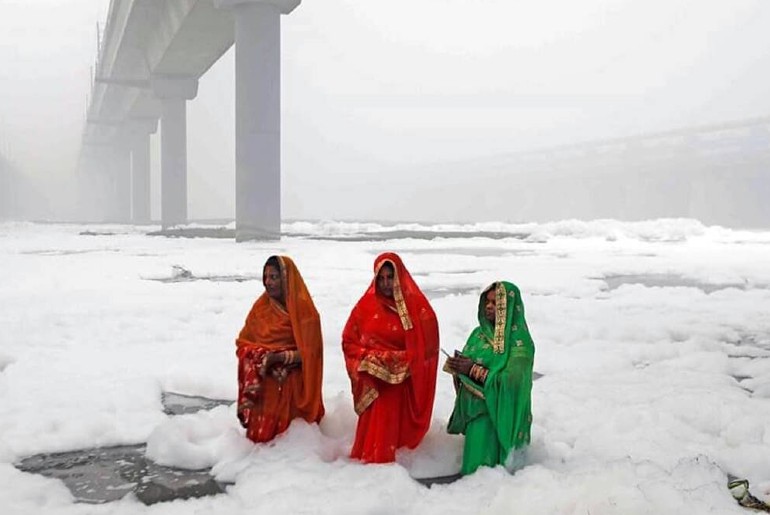 Many devotees came together to perform holy rituals for Chhat Puja, which was on November 2. The rituals are often performed in River Yamuna, which is considered to be holy by Hindus. Another interesting fact, the river passes through the Capital. With the pollution levels reaching an alarming mark, even the water body has not been spared. A thick toxic foam formed a layer over River Yamuna, but it did not stop the devotees from entering the river body.

One of the important parts of the Chhat Puja rituals is to stand in water and offer prayers to the rising sun. More often than not, people end up going to the closest water body, but in Delhi and surrounding areas, many come down to the ghats of River Yamuna. But unfortunately, it wasn’t as pleasant an experience as one would have thought of it to be.

Not realising the repercussions of the toxicity of the foam and water, many people, took a dip in the water, while others stood in it knee deep and performed the rituals. If that wasn’t enough, some of them found the settled foam amusing and made it an ideal photo opportunity spot, to get pictures clicked. 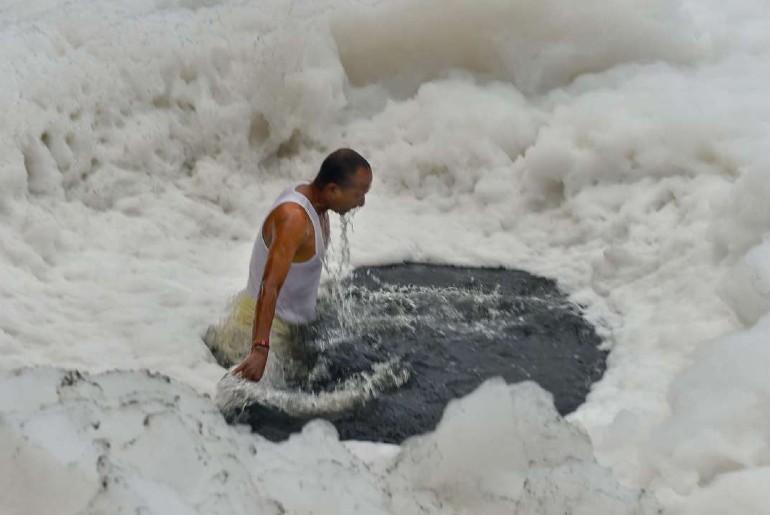 Over the years, River Yamuna has become a dumping ground for unregulated waste. More than half of Delhi’s sewage ends up going into the river. With the rising level of pollution, it has only got worse.