Pick a typical itinerary of Madhya Pradesh, and you will come across places like Khajuraho, Kanha National Park, and Sanchi Stupa. To be honest, they’re all stunning in their own ways. Take the Kanha National Park, for instance, which is an abode of many endangered species. (Did you know that the park served as inspiration for Rudyard Kipling’s work, The Jungle Book?) But there is one particular spot which offers a picturesque, mystical sight like no other: the Dhuandhar falls!

The Dhuandhar falls are located about 30 km away from the main city of Jabalpur. You’ll find these at Bhedaghat, which sits on the banks of river Narmada. Even though the falls cascade from a height of just 30 m, they are still a sight to behold. That’s because they have this dreamy, charming and a sort of mystical appearance! 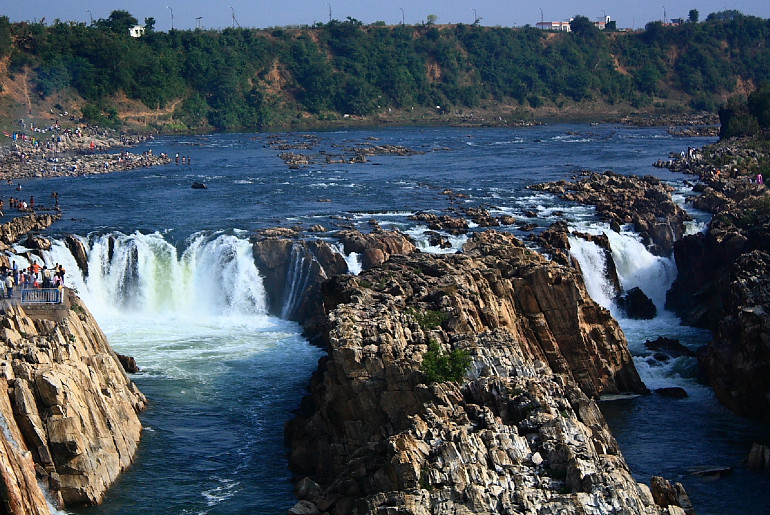 The word Dhuandhar draws its origin from two Hindi words: dhuaan(smoke) and dhaar(flow). True to their name, the falls have a very magical appearance. It looks as though smoke is flowing through them. However, this is all but a cheeky trick. The illusion arises from the mist you see when water gushes in through the river bed. Also, the added sound effect of the roaring waters makes the Dhuandhar falls look like a mystical paradise from movie scene! 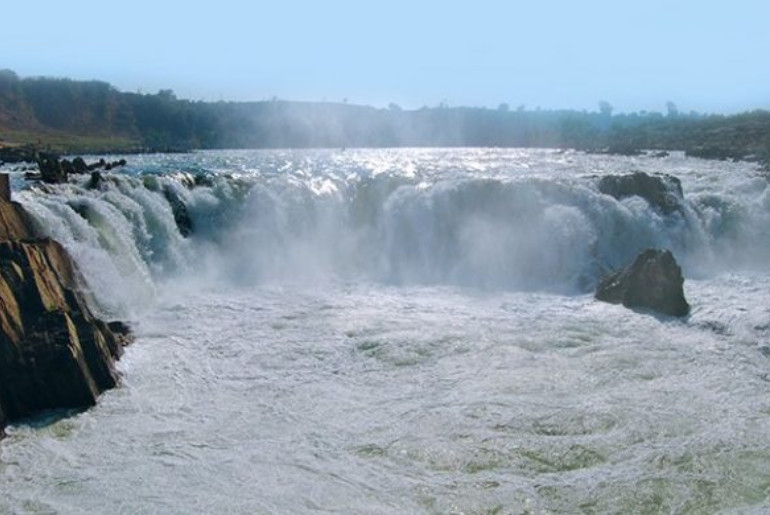 Also Read: 10 Stunning Waterfalls In India To Enjoy The Monsoon

Cable Car Across The Dhuandhar Falls!

Visiting a place is one thing, but to truly soak it in, you need to explore differently! Well, now that we’ve told you how beautiful the falls are, let’s take it a notch higher: Take a cable car across the Dhuandhar falls. The view is unbelievably spectacular, and definitely not missing out on. Meanwhile, here are a few more interesting ropeways in our country. 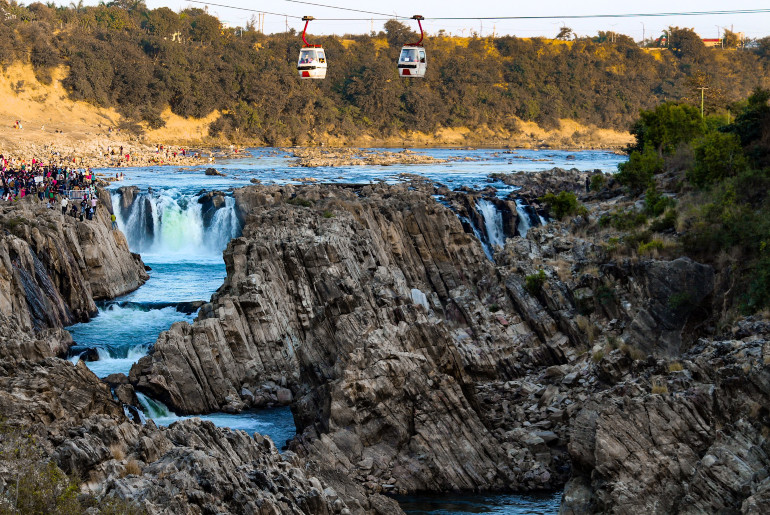 Things To Do In Jablapur

Apart from marvelling the Dhuandhar falls, there’s a lot more you can do in Jabalpur. You can visit the Madan Mahal Fort, which was apparently built in the 11th century! Then there’s this amazing boat ride that takes you to the Marble Rocks at Bhedaghat. You can also check out the Balancing Rocks in Jabalpur, which have apparently survived an earthquake. Also, don’t forget to try out some heavenly street food out there: poha, jalebis, aloo tikki, kachori and samosa!