For The First Time In…
How Noida Rebranded Itself Into…
This Nature-Themed Cafe In Guwahati…
KFC Japan Buffet With Pizza,…

For The First Time In 250 Years, Mumbai’s Iconic Mohammed Ali Road Street Food Market Will Be Shut Due To COVID-19 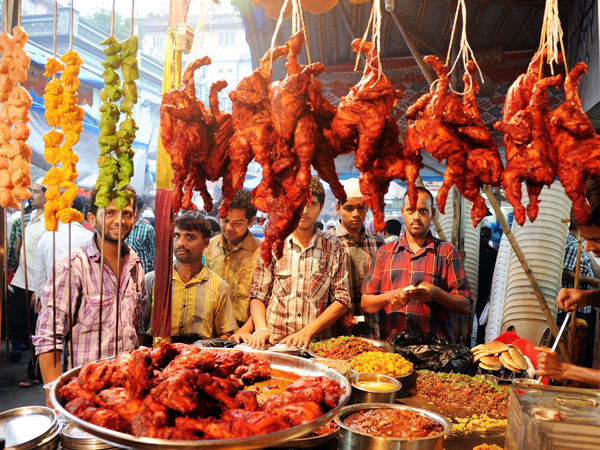 For Mumbaikars, and even those far and beyond, nothing screams Ramadan more than the iconic Mohammed Ali Road. And for the first time in nearly 250 years, Mumbai’s world-renowned ‘Mohammed Ali Road street food market’ will remain shut during the month of Ramzan, starting April 23. Sigh! 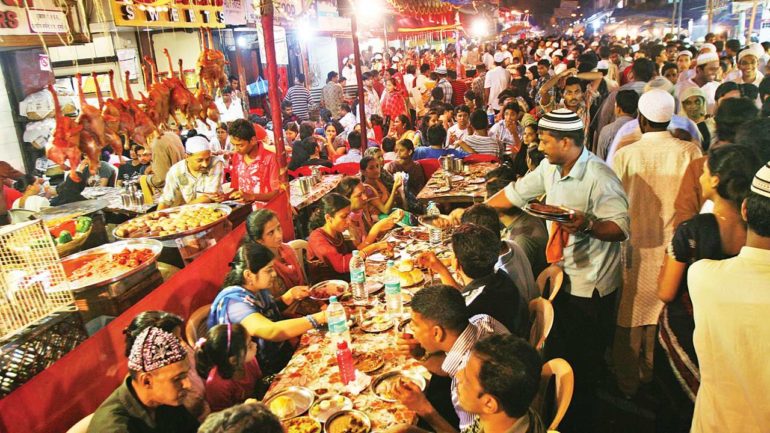 A treasure mine for foodies, irrespective of religion, Mumbai’s crowded and noisy Mohammed Ali Road is nothing short of a festival. From seekh kebabs, tangdi kebabs, niharis and paya soup to firni, malpua, and jalebi, it is and has always been a mecca for non-vegetarians and dessert lovers.

Shutting of the market is indeed a sob story for both foodies and stall owners alike. Abdul Rehman Khan, owner of the landmark restaurant, ‘Mashaallah Cuisine’, says, “This is a sad truth. We are planning to request Mumbai Police Commissioner to at least grant us permission for two hours during the evening ‘iftaar’. The morning ‘sehri’ people will somehow manage.”

Also Read: Kerala’s Biggest Temple Festival Has Been Cancelled For The First Time In Years Due To Coronavirus 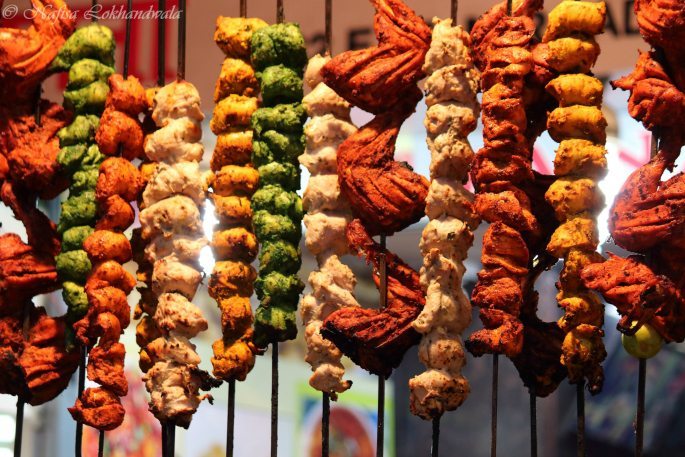 About The Iconic Street Food Market

The Ramzan market started off with tiny food stalls around Minara Masjid, which kept expanding over the centuries. Today, although the main market is spread around a km on each side of the Minara Masjid, around 400-odd extra stalls come up during Ramzan owing to the huge demand.

Certain varieties of food and desserts are specially prepared only during Ramzan, which people all over the world come to savor. According to Karim Patel, a local businessman, Muslims comprise only 25 percent of the patrons. The rest include around 60 percent of non-Muslims and the remaining comprise of foreigners or tourists. 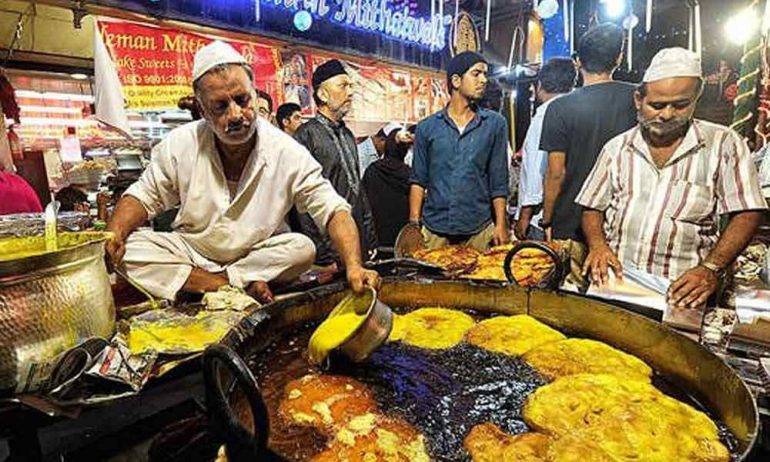 Not Only A Big Loss To Foodies, But Also To Stall Owners And Workers

On average, the food market attracts around 40,000 people daily, and during weekends, the number shoots up to 100,000, averaging to 1.50 million hungry customers a month, as per Abdul Rehman Khan.

Hence, the shutting of the market will largely affect the income of the hundreds of stall owners and helpers. According to Khan, thousands of families work only during Ramzan and survive the remaining 11 months on the income earned during this period. While each stall employs roughly up to 10 persons, many others are employed to help cope with the bulk cooking requirements.

While this is definitely going to hit hard, there’s always a next time! Here’s to the next halt at Mohammed Ali Road being larger and fulfilling!