From Gurudwaras To Restaurants, This…
Fly 300 Metres High And…
US Restaurant Asks S Jaishankar…
You Can Now Travel In…

From Gurudwaras To Restaurants, This Is How Delhiites Are Rescuing The City From Covid-19 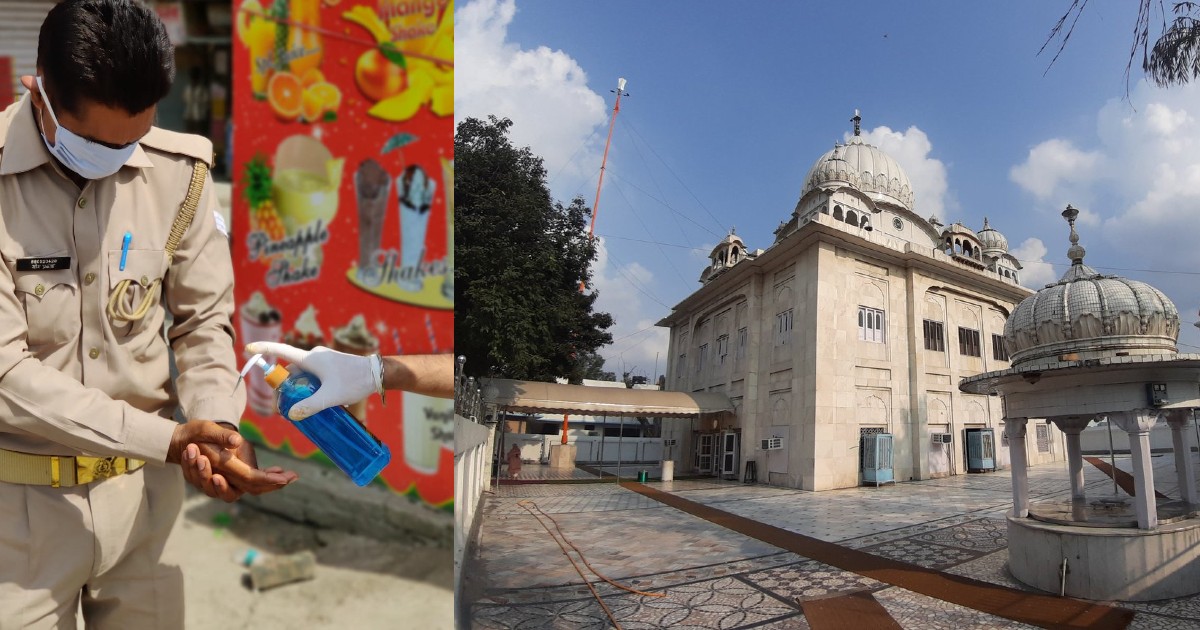 The entire world has been massively hit by the spread of the global pandemic COVID-19. The last couple of weeks have been hard on the city too. Delhi NCR has been fighting a lot of battles since the beginning of this year, but when the time came to protect and save the city, the Delhiites stepped up. From providing relief to just staying indoors, here’s how the people of the city are coming together to help those in need.

Restaurants Are Going Beyond Serving Customers

As the lockdown was announced, a lot of restaurants shut the doors; but some of them continue to serve people. Delivery and Take Away has been allowed by the Government, which means that kitchens are still operating. While catering to their customers, they are going beyond and serving those who are not privileged to have even three-square meals a day. 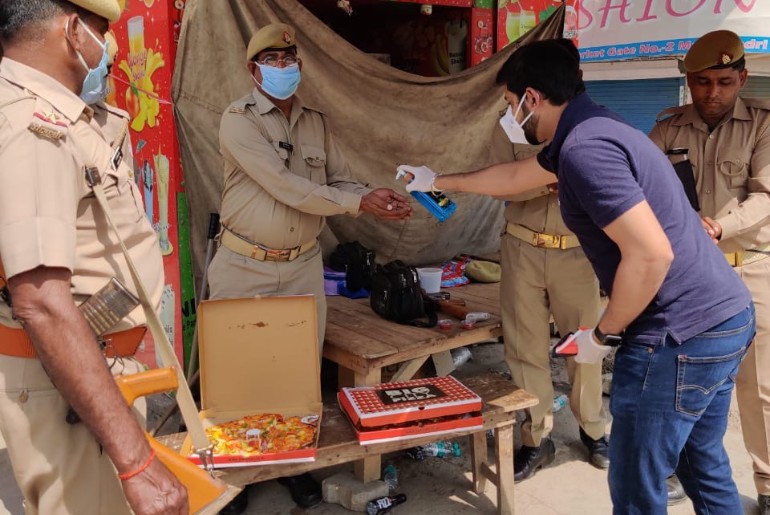 We spoke to Karan Nambiar, founder of Big City Pizza and Captain Grub. He shared that apart from taking complete precautions while cooking and delivering food, they are also trying to make sure that they are able to feed as many cops as possible too. “Our delivery boys are adhering to WHO standards, and are well aware of the concept of contactless deliveries. Apart from that, during the day, we step out to give pizzas, burgers and sandwiches to cops who are deployed on the roads.” They are distributing gloves, sanitisers and masks as well, and educating as many people as they can about its importance.

Like them, there are many other restaurants who have tied up with NGOs, and various other groups like Robin Hood Army who are making sure that people who are living on the streets or are migrants don’t go hungry during these times.

Thomas Fenn, who runs a South Indian coastal cuisine in Saket, Mahabelly, also mentioned that from time to time they “are trying to do their bit.” “There are small bastis around our restaurant which mostly has daily wage labourers. So we identified and fed about 100-150 odd people.” Furthermore, they are also catering to requests of people who approach them to help out the poor. Whenever it’s in their capacity, along with the donations that come in, they try to accommodate as many meals as possible.

The National Restaurant Association of India (NRAI) is doing this on a much larger scale. They have joined hands with the National Defence Management Association (NDMA), identified large kitchen spaces that can cook meals for larger number of people. The govt. meanwhile is assisting them in any way necessary, whether it is in terms of passes, delivery, electricity or any other kind of logistics, that would be required.

The restaurant association is also acting as the intermediary for customers who want to contribute towards meals for those who can’t afford it at the moment.

Also read: Here’s What All Is Open In Delhi During Lockdown

The number of cases in the Delhi NCR region are increasing by the day. The hospitals are running out of place, but communities have stepped up and offered their spaces to be converted into quarantine facilities. The Sikh community offered the Majnu Ka Tila Gurudwara to be converted into a quarantine facility that will be equipped with all the necessary facilities. They will also be offering free food. 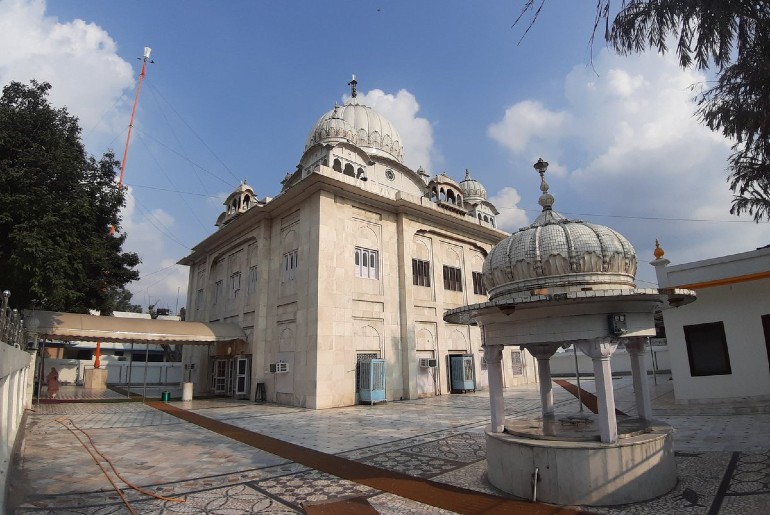 The Jawaharlal Nehru stadium will also be converted into a quarantine facility in case the need arises. Apart from that three premium hotels have offered 192 rooms to be used as quarantined zones; also accommodations that have not been occupied yet, have been converted into similar facilities.

The Delhi Government last week decided to allot feeder passes to people who will be willing to step out and feed the stray animals. Most of these animals rely on the scrap that is left behind by the people and and food that is left over. Numerous NGOs, like 4dogsake, along with the help of monetary and food donations have now stepped up and are now distributing food to the stray animals, to make sure that they don’t die of malnutrition or hunger. 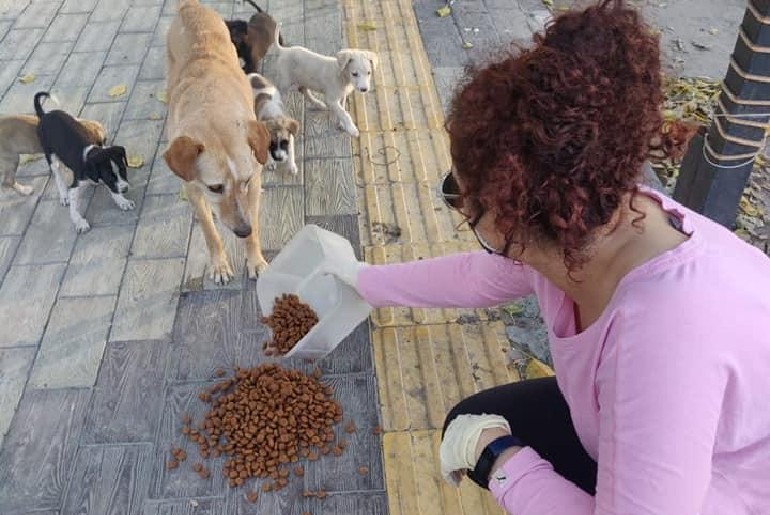 Keeping Up With The Spirit

At 5PM on March 22, many people stepped out in their balconies to clap and beat the thalis. Seeing the neighbours, cheering them and doing something together definitely made the people of Delhi NCR happy. So, it became a practice. There have been numerous videos that have been doing rounds where people are coming together, in their balconies; and playing tambola, antakshari, doing bhajans and kirtan together. That is definitely a sight for the sore eyes. 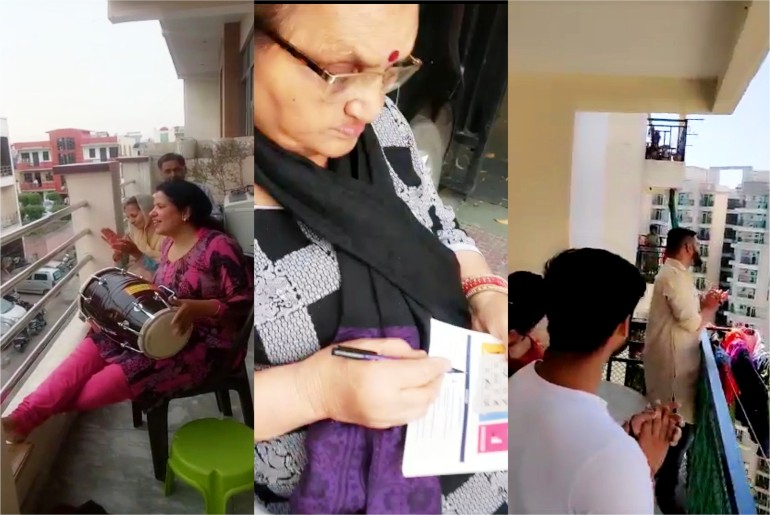 Also read: Tambola, Antakshari &#038; Kirtan: This Is How Delhiites Are Socialising From Their Balconies During Lockdown

The roads might be empty, and the buzzing city might have turned into a ghost town, but the spirit of the city is still shining bright. Just like ‘tough times don’t last, but tough people do,’ Delhi’s sheen will never be affected by the lockdown.