From Jaipur To Geneva: This…
Cyprus To Remove Travel Restrictions…
Rakul Preet: I’m Doing A…
‘Go Big, Spend Big’ Will…

From Jaipur To Geneva: This 10th Fail Auto Wala’s Journey Will Inspire You To Follow Your Heart

Destiny is as much a matter of chance as it is of a choice. And while we believe that our destiny is written in the palms of our hands, it’s also in our hands to make our own destiny. The journey of Ranjit Singh Raj will inspire you to create your own destiny through hard work and determination, irrespective of the odds. The 10th fail auto-rickshaw driver from Jaipur, belonging to an underprivileged family, today, is a popular Youtuber in Geneva who dreams of owning his own restaurants. Here’s his inspiring journey of chalking off his own destiny in style.

Ranjit Singh Raj hails from an underprivileged family in Jaipur. As a child, he was often insulted and abused due to his poverty and dark skin complexion. Ranjit revealed to NRI Affairs that he often wondered if it was a crime to be poor. At the age of 16, he started riding an auto-rickshaw in the lanes of Jaipur. The 10th fail boy wasn’t good at studies who had zero ambitions. But there was a hidden entrepreneur in him, that he was yet to discover. The auto-rickshaw driver was content ferrying tourists across the Pink City. 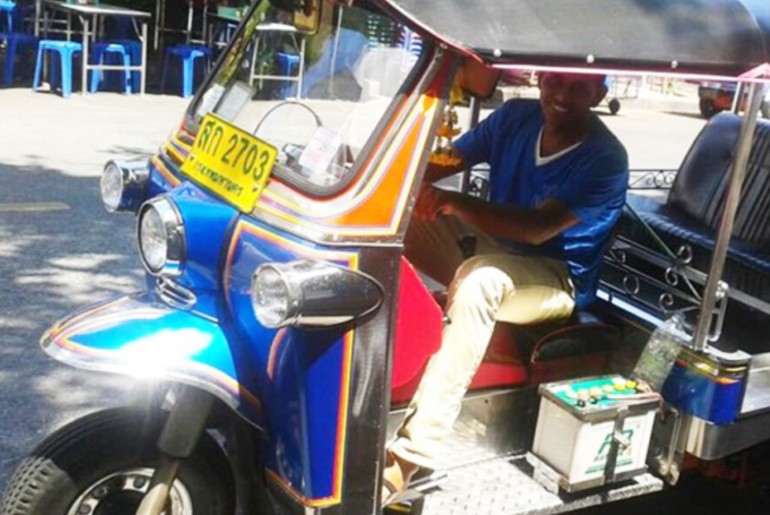 Also Read: This Jaipur Engineer Went On A 1500Km Road Trip In An Electric Car For Just ₹700

One day, he noticed some auto drivers speaking English, Spanish, French and other foreign languages to attract tourists. This immensely impressed him. In 2008, while India witnessed an IT boom and youngsters aspired to excel in that field, Ranjit Singh Raj just wanted to learn English. This fuelled his passion for entrepreneurship. He soon set up his own tourism business and started driving foreign tourists across Rajasthan in his auto-rickshaw. While he honed his English skills, earned well and interacted with people from across the world, fate had an interesting plan for him. 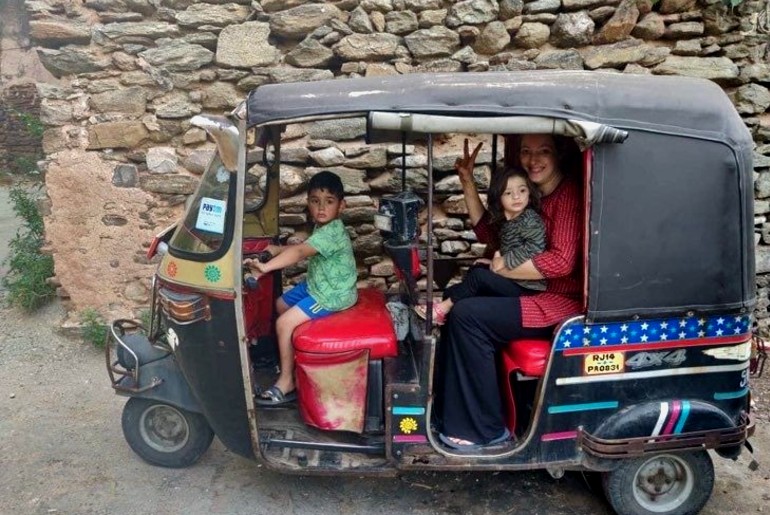 Falling In Love With A French Tourist

While ferrying tourists across the state in his auto-rickshaw, Ranjit Singh Raj met his future wife at the City Palace. As a client, the French woman visited the country as a tourist. And Ranjit was happy to be her travel guide and show her around Jaipur. The duo got talking and started liking each other. Ranjit revealed to NRIaffairs, After she returned to France, we stayed connected via Skype. We realised we were in love.” With a love story no less than a Bollywood movie, the simple auto-rickshaw driver from Jaipur and a tourist from France found comfort and solace in each other. Raj yearned to visit her in France but his visa application a rejected numerous times. 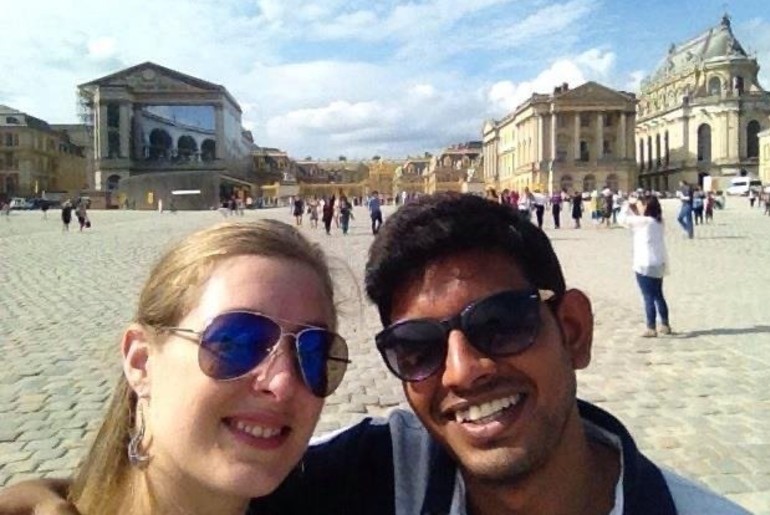 The Protest Outside French Embassy For Visa

The couple wondered whether they would be able to maintain a long-distance relationship amid multiple visa rejections. But they weren’t ready to give up yet. They fought for love, literally. On his lover’s next visit to India, they sat in front of the French embassy and protested. Ranjit Singh Raj and his sweetheart demanded to meet the French Ambassador to India. Love did win as an embassy official came to meet them. While the embassy was initially sceptical about giving him a visa they finally granted him a three-month tourist visa to visit France. With that visa, Ranjit flew multiple times to France. 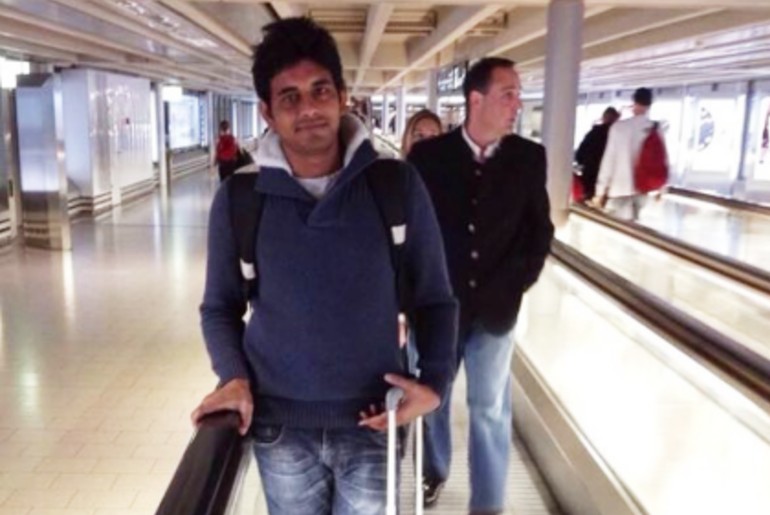 In 2014, the couple from across borders finally got married and later had a child. Ranjit applied for a long term visa with the French Embassy. On being asked to learn French, he took French classes at The Alliance France in New Delhi. He even got a certificate. His sincere efforts bore fruit and helped him get a long term visa. On landing in France, this time as a resident, Ranjit Raj Singh received a major culture shock. The French ate completely different kinds of foods that Ranjit was not used to. 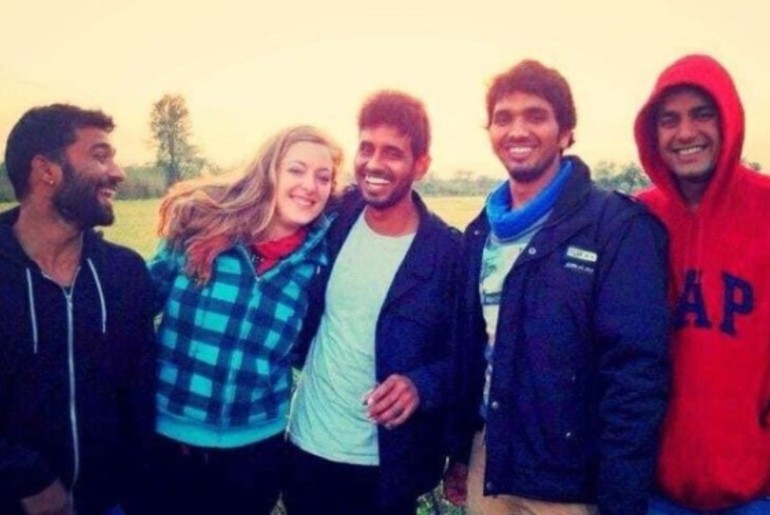 Becoming A Youtuber & Dreaming Of Owning A Restaurant

So, the determined man started cooking for himself and eventually got better with time. He then decided to share his cooking tips with the rest of the world through a Youtube channel. While he was born in an underprivileged family in Jaipur and faced discrimination due to his poverty, he rose above all his obstacles. Well-versed in English and French, this auto-driver wrote his own destiny and his story is nothing short of inspiring.