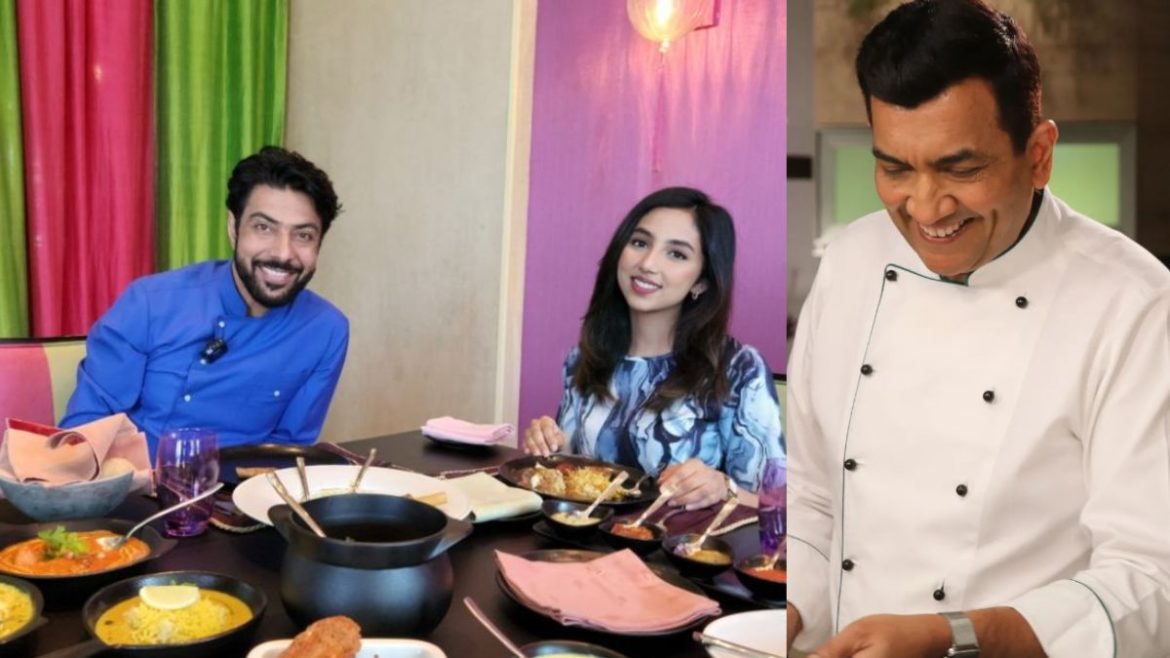 Chef Ranveer Brar is a renowned chef not only in India but throughout the world. He wore the hat of the youngest executive chef at the age of 25. He found his calling at a very tender age, and since then, he has been leaving a trail for generations to follow in the world of culinary art. Our show, Curly Tales Sunday Brunch Middle East, was blessed by his presence recently, and our content producer, Saba Asif, had a very fun conversation with the chef.

Chef Ranveer Brar Was Inspired By These Chefs

Everyone has one or two people in their life who inspire them to do better every single day of their lives. Similarly, Chef Ranveer Brar is inspired by some of the world’s most famous chefs. When our content producer asked the chef to name one chef whom he admires, Ranveer said that he admires many chefs for different reasons.

The next thing he did was list down the names of the chefs he admires for us. He said that he admires chef Vikas Khanna for his patience. The next name he took was chef Kunal Kapoor for his amazing skills. He admires chef Sanjeev Kapoor for all that he has done for his generation of chefs. Chef Nobuyuki “Nobu” Matsuhisa used his last name to create something much larger than himself.

Chef Served A Spread Of Delicious Dishes Including Lucknowi Nihari

Saba was served a range of delicious meals by Brar, some of which were Lucknow specialties. They enjoyed foods like Lucknowi Nalli Nihari, foie gras, biryani, galouti kebab, and kichda. He made it clear that he was serving Lucknowi Nihari in its authentic form, not the Delhi or Lahori varieties.

Chef Ranveer Brar and our content producer Saba Asif had fun conversations as they relished some delectable dishes. He shared her food and travel preferences with us. For more information, watch the episode of Curly Tales Sunday Brunch Middle East with Chef Ranveer Brar on Youtube.

Go and watch the episode and let us know much did you like it!