These Indian Dishes From Bengal…
From Hello Kitty To Panda,…
Hard Rock Cafe Now Has…
Dubai’s Mina Rashid Now Has…

These Indian Dishes From Bengal & Kerala Have Rocked MasterChef Australia This Year! 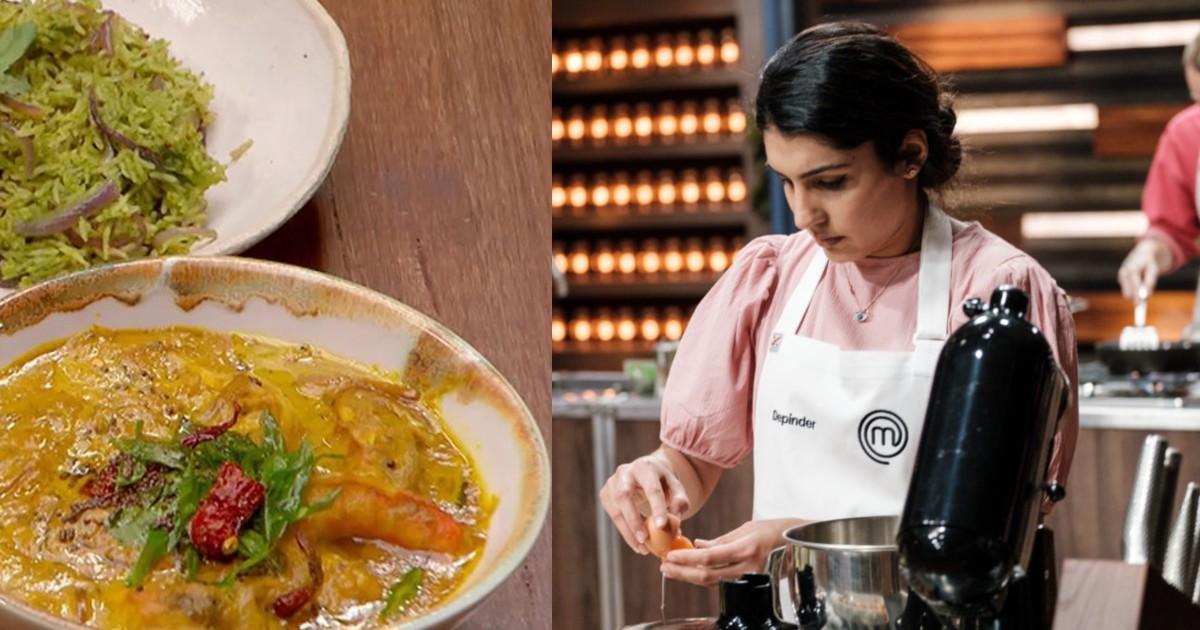 We all love a good curry, don’t we? From a masala filled Indian curry, coconut-infused Sri Lankan curry or an aromatic Thai Green Curry, there’s certainly nothing more comforting than curry with rice. Well, foodies, a contestant from Masterchef Australia has given the good ol’ curry a unique twist. Delhi-born Depinder Chhibber prepared a Green Curry Cake in the invention challenge of the show’s ongoing 13th season. And this Green Curry Cake broke the internet for its uniqueness. Masterchef Australia Season 13 has witnessed a smatter of delicious Indian dishes. From the Bengali Puchka, Mangalorean Prawn Ghee Roast to the recent Kerala famous Meen Moilee, Indian foodies are rejoicing. Here’s everything you must know.

The humble Bengali Dish Panta Bhat has been making headlines of late. Recently, Bangladeshi-origin contestant Kishwar Chowdhury whipped up ‘Smoked Rice Water’ for the judges on the grand finale of Masterchef Australia 13. Viewers from the subcontinent were apalled as they recognised the dish as a version of the panta bhat, or cooked rice soaked overnight in water. The rice is then fermented and eaten with a dash mustard oil, green chillies, onions and a variety of condiments such as dried fish or pickles.

Masterchef Australia 2021 has created a storm among foodies and netizens thanks to the array of Indian dishes being prepared by contestants. Kishwar Chowdhury from Bangladesh wowed the judges with her Bengali style street food platter with phuchkas made from potatoes. New Delhi-born contestant, Depinder Chhibber recently prepared Prawn Moilee, a delicacy from Kerala with Coriander Rice and Peanut Salsa. Meen Moilee a staple from Kerala cuisine is a coconut and turmeric-infused fish curry. It’s aromatic and comforting. Depinder used prawns instead of fish and whipped up the curry in just 47 minutes for a stringent time-based challenge against an opponent. She took to Instagram and shared “Last night, I cooked one of my favourite dishes of all time: Prawn Moilee.”

Indian origin Depinder Chhibber has been winning the hearts of judges and fans of Masterchef Australia with her lip-smacking dishes. Representing an array of Indian dishes like Indian Tiffin Bento Box, Tandoori Chicken, Prawn Ghee Roast, South Indian Chicken Curry and more, her dishes have gone viral. But her latest dish takes the cake, literally. Depinder Chhibber prepared a Green Curry Cake with White Chocolate Chilli Ganache, Coconut Ice Cream and a Coconut Crumb for the show’s Invention Test. Curry in a cake? Yes, you read that right.

Her Green Curry Cake Was Widely Appreciated By Judges

A video shared by the official handle of Masterchef Australia of Depinder’s Green Curry Cake has garnered over 146k views and hundreds of comments. In the video, Depinder presents her dish to the judges, slightly hesitant about their reaction to her unusual creation. But Chef Andy Allen states that despite not being a fan of cakes, her creation has won him over. Andy also stated “Curry cake for the win!”. This is not the first time the talented chef has give a savoury spin to desserts. Earlier, Depinder Chibber prepared a Bombe Alaska with Wasabi ice cream. Depinder hopes to make Indian food more accessible. She dreams of writing a book on Indian fusion cuisine. So, will you ever try a Green Curry Cake? 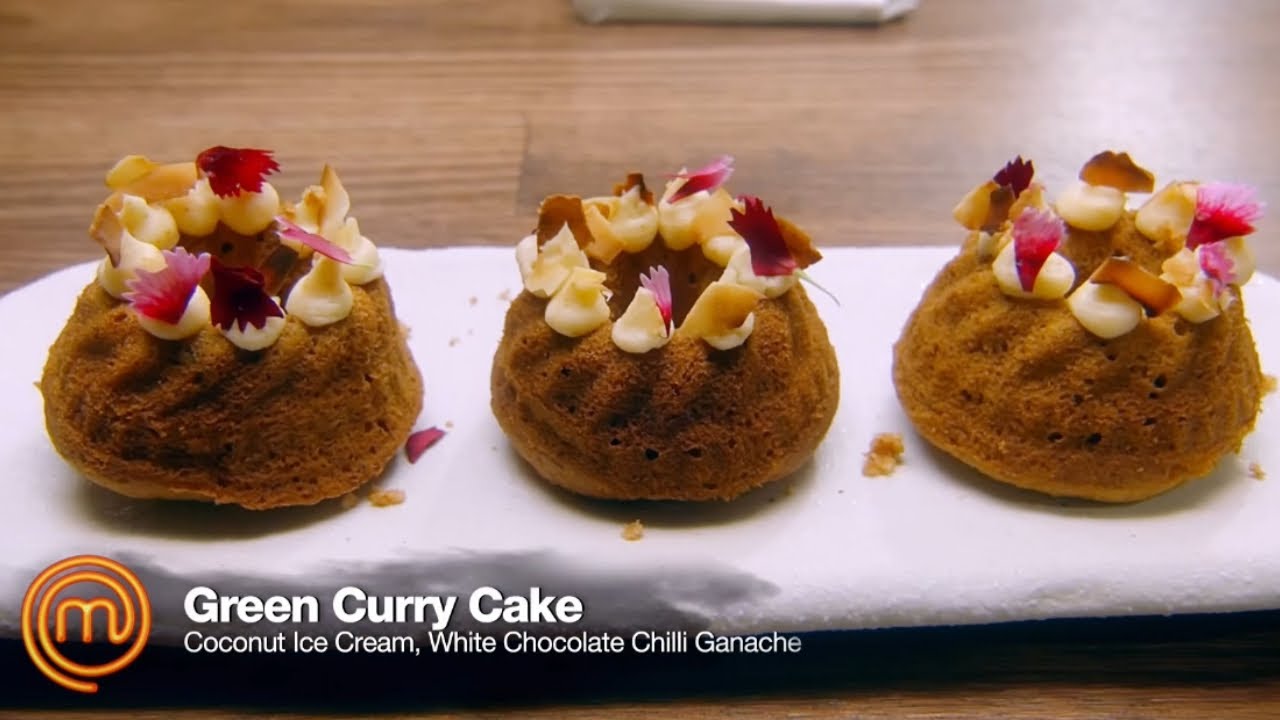 Meanwhile, Curly Tales took up a weird food challenge to experiment with wacky food combinations. Watch this video and unravel the fun.