Hampi In Karnataka To Get…
Mumbaikars, You Have To Now…
Abu Dhabi’s Budget Airlines Introduces…
Dubai To London Gets Another… When it rains, it truly pours. And currently, it’s raining statues in India. From the world’s tallest ‘Statue of Unity’, upcoming Lord Rama statue in Ayodhya, to the recently inaugurated ‘Statue of Peace’, the list seems to go on and on. New statues and new tourism sites seem to be the new mantra. Now the latest addition to this Indian statue list is the world’s tallest Lord Hanuman statue which will come up in Hampi.  The UNESCO World Heritage site in Karnataka shall get a 215m idol of Lord Hanuman, costing ₹1200 crore at Pampapur Kishkindha. The town of Kishkindha is believed to be the birthplace of the Hindu God. Read on to know more about this statue.

World’s Tallest Lord Hanuman Statue To Come Up In Hampi

Swami Govind Anand Saraswati, the president of the Hanumad Janmabhoomi Teerth Kheshtra Trust announced that made an important announcement of November 16. He announced that Kishkindha near Hampi will soon get the world’s tallest Lord Hanuman statue. He stated this after meeting with Acharya Satyendra Das, the chief priest of Ayodhya’s Ram temple. 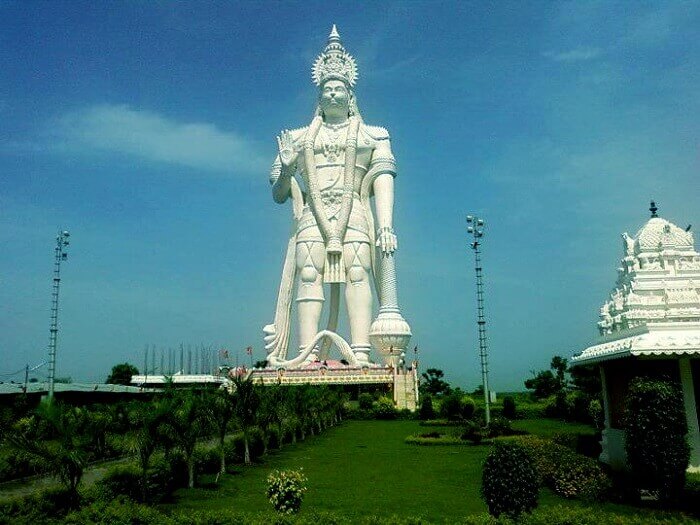 Also Read: I Met My Partner On A Solo Trip To Hampi, Got Married And Started Travelories

According to The News Minute, Saraswati informed PTI that they will collect donations of ₹1200 crore from the general public to build this statue. He revealed that they shall take out a rath yatra throughout India for this. Since Lord Hanuman was an ardent devotee of Lord Ram, his statue cannot be higher than Lord Rama’s statue in Ayodhya. While Lord Rama’s statue will span 251m, Lord Hanuman’s statue will be 215m tall. 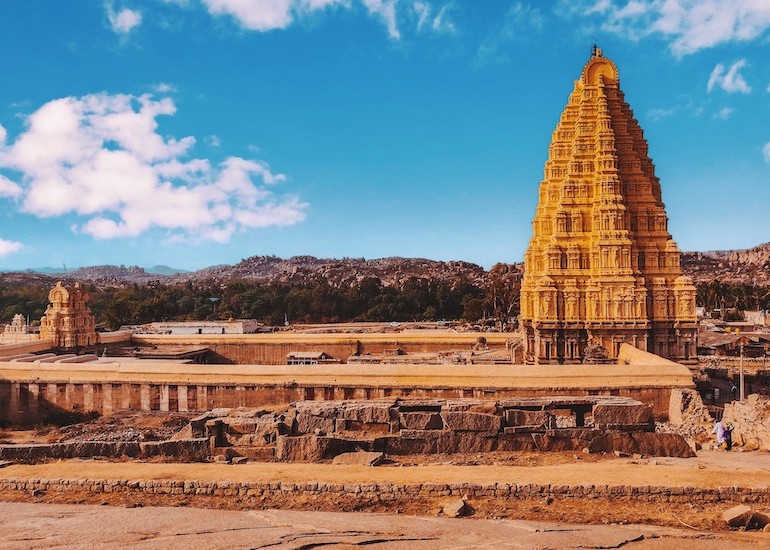 Also Read: Hampi To Have Diesel Buggy Trains For Tourists To Tour Monuments

The News Minute also reported that Saraswati and his organisation shall donate a lavish 80-foot rath to help Ayodhya build its temple. The Ram Mandir will undergo completion in 2 years with an investment of ₹2 crores. Currently, the world’s tallest Hanuman statue resides in near Vijayawada in Andhra Pradesh. It stands tall at a height of 41m. While the Veera Abhaya Anjaneya Hanuman Swami is the tallest Hanuman statue currently, the one in Hampi after construction will truly be a sight to behold. Until you visit Hampi,  take a virtual tour of the breathtaking UNESCO World Heritage Site.