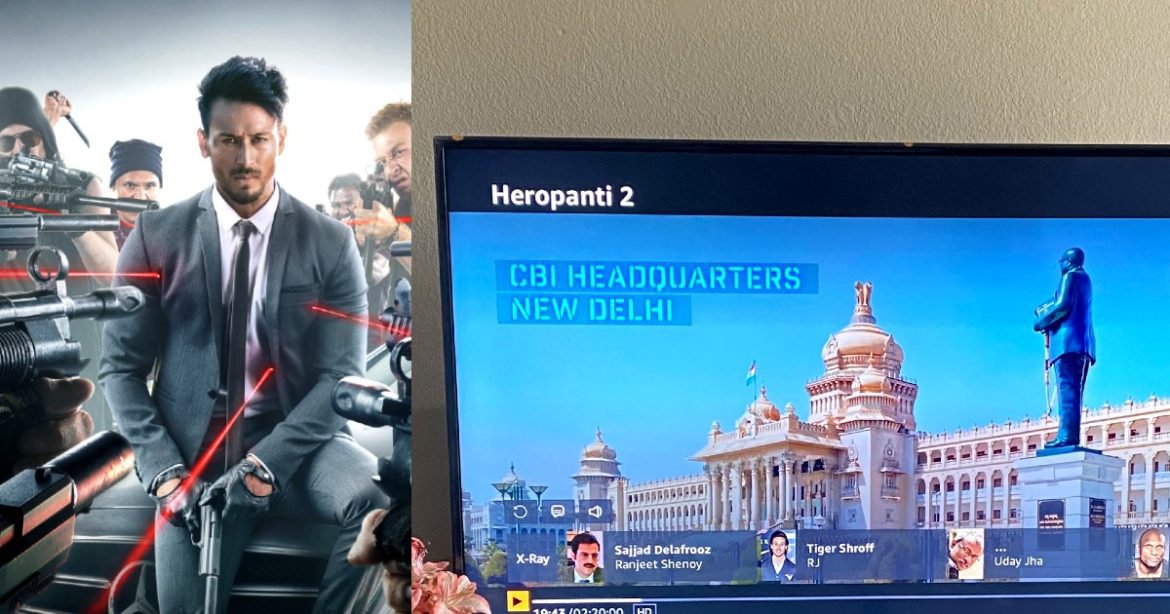 Vidhan Souda in Bangalore is the largest legislative building in India. Built-in Neo-Dravidian architecture style, it was constructed over a span of 5 years.  Former Prime Minister Pandit Jawaharlal Nehru laid the foundation stone for it. Vidhan Souda is the seat of Karanataka’s state legislature. It’s one of the most beautiful buildings in Bangalore and a perfect photo spot. Vidhan Souda recently piqued the interest of Bollywood fans when it was wrongly passed off as CBI headquarters in Delhi in the Tiger Shroff starrer- ‘Heropanti 2’.

Twittterati @AshokMalur82 posted a picture of a scene from Heropanti-2 where the film showed Bangalore’s Vidhan Souda as CBI Headquarters in Delhi. With the screenshot posted on the microblogging site, the netizen sarcastically asked when did they move Vidhan Souda to Delhi. While movies often coax the audience to suspend belief, this surely hit travel enthusiasts and even Bangaloreans, who were quick to spot the gaffe.

When did they move #vidhansoudha to Delhi🙃, #bollywood directors please do some home work before starting your assignment.
⁦⁩ #karnataka #kannada #bengaluru pic.twitter.com/LiVvEqdNcb

Also Read: This Lake In Bangalore Is A Hidden Gem To Witness Breathtaking Sunsets

The location mix-up left netizens amused and even chuckling. Some took to the comment section of the post to tell the Twitterati that it’s normal to mix up locations. He reminded the netizen that the movie KGF showed Infosys Mysore as the Parliament. Nevertheless, Twitteratis are happy that Bangalore’s beautiful Vidhan Souda was featured in a Bollywood film as a government institution, just like what it truly is.

In KGF, Infosys Mysore is Parliament !!!