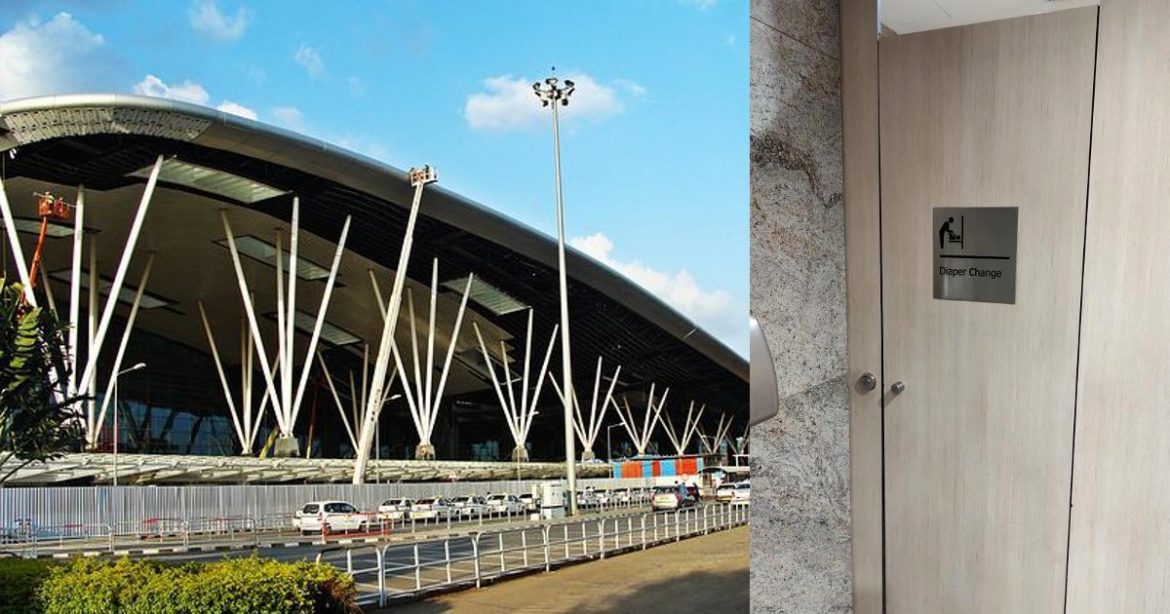 Twitter user Sukhada posted a picture of a diaper changing room in a men’s washroom in Bangalore airport. In his caption, he revealed that this move needs to be celebrated as childcare is not just a woman’s responsibility. Another Twitterati @RohitMalekar revealed in his post that he has gone through nightmarish experiences changing the diapers of his two kids in men’s washrooms with little to no support to execute it. Rohit also hailed the move and hopes it will be scaled.

Needs to be celebrated. Spotted in a men's washroom at @BLRAirport – a diaper change station.

Childcare is not just a woman's responsibility.

These posts and pictures flooded with comments and reposts show the importance of gender equality. It’s no more a woman’s job to change diapers, it’s men’s responsibility as well. Bangalore Airport responded to the tweet thanking Sukhada for the appreciation. The airport further added that the diaper changing rooms in men’s washrooms enable parents to change a baby’s diaper’s in total privacy and comfort. Welcome to 21st-century parenting!

Thank you Sukhada @appadappajappa for your appreciation. The diaper change station has been a feature of our washrooms – irrespective of gender – at the #BLRAirport. They are well-equipped and enable a parent to change a baby in privacy and comfort. #Bengaluru #babycare #airport https://t.co/H7BRDAsLvA