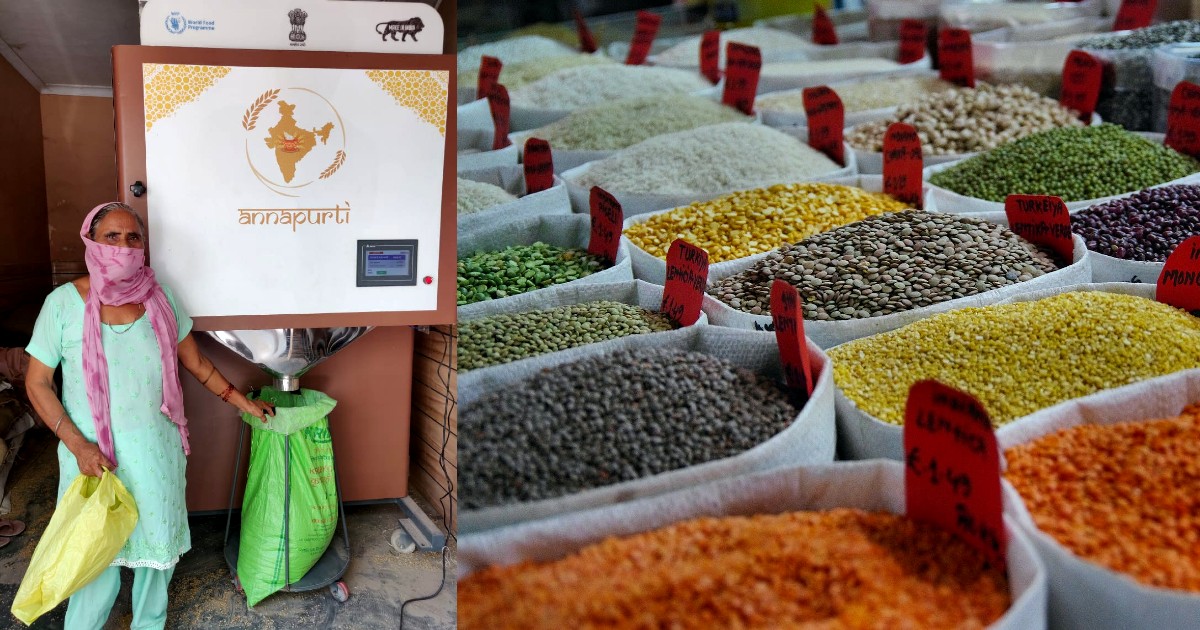 “Necessity is the mother of innovation” and rightfully so, this pandemic has revealed to us a plethora of men and women who stepped up to show their extraordinary achievements. While many helped us connect better, some chose the more novel approach and extended their services for the public. In one such initiative, a man from Hyderabad opened rice ATMs to feed more than 12,000 needy people. India’s first Grain ATM is set up in Gurugram so people wouldn’t have to stand in long queues or worry about ration.

Haryana’s Deputy Chief Minister, Dushyant Chautala revealed that the installation of the Grain ATM will ensure that the right quantity of grains would be received by the right beneficiary with no hassles.  The automatic grain dispensing machine in Gurugram works like a bank ATM. It can dispense up to 70 kg of grains in just five to seven minutes with no measurement errors. Chautala stated to news agencies that the Grain ATMS will bring greater transparency to the public distribution system and also address foodgrains shortage issues. On the success of this machine, the Haryana government plan to install these machines in depots across the state. 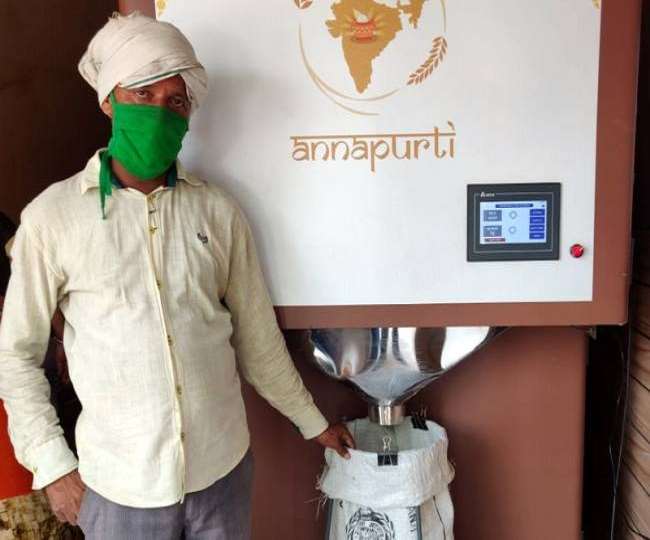 A rice ATM opened by a private company employee, Ramu Dosapati in Hyderabad, has benefitted at least 12,000 people since the lockdown was imposed on March 25. He also said that anyone who doesn’t have rice for the next meal can avail the foodgrains that would be enough for five days. Available near LB Nagar, this initiative by Dosapati has been a boon for poor people including those who lost their jobs and suffered salary cuts during the COVID pandemic. 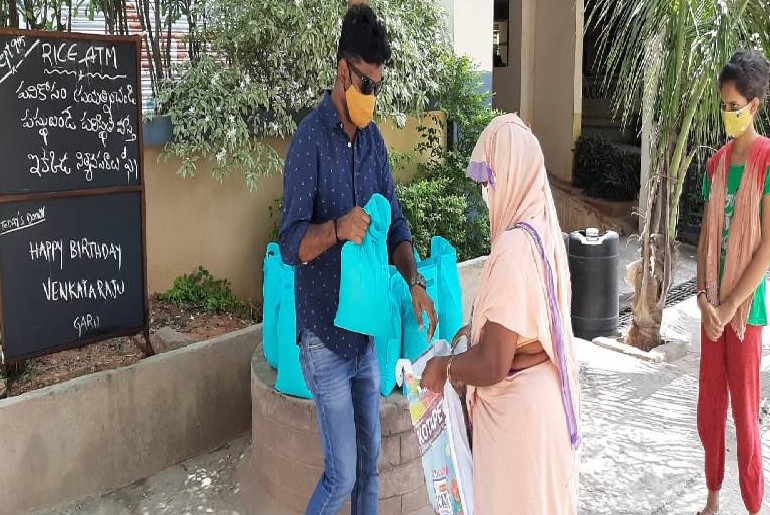 Speaking to Times of India, Dosapati said, “I believe that no one should sleep hungry. And that the reason I have come up with this initiative. Anyone can come and pick up the rice.” Over 100 people have availed rice on Wednesday. And not only this, Dosapati himself delivered rice to families of several COVID patients. This initiative has its own story. Dosapati said that he had suffered an accident in 2006 and injured his head. Then he promised to God that if he were to get a new lease of life, he would do his all to serve society. 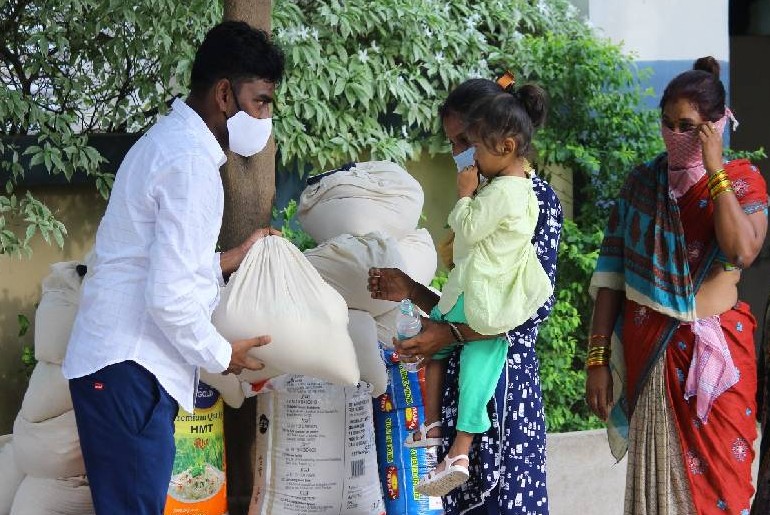 Also Read: 10 Popular Bangalore Restaurants That Have Shut Down Due To COVID-19

Another incident also prompted Dosapati to be large-hearted. He saw a watchman’s family spending ₹2,000 to bring chicken for families of migrant workers who did not have much to eat. He added, “I wondered why I should not offer services to the poor and needy when they can.” Dosapati spent ₹4 lakh including ₹3 lakh from his provident fund account, to buy rice. Some other people who saw him working for the poor also supported him. Hyderabad’s Ramu Dospati is indeed a superhero who emerged amid this pandemic. Watch this video to get acquainted with more such India’s COVID Superheroes.