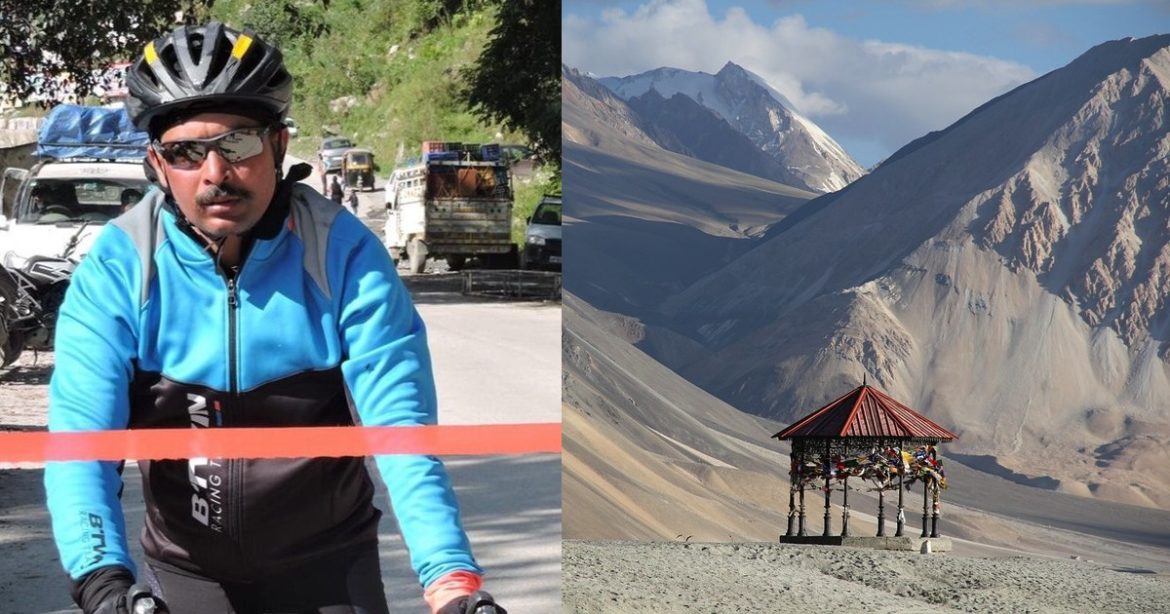 By covering a distance of 472 kilometres from Leh to Manali in 34 hours and 54 minutes, Lieutenant Colonel Sripada Sriram has set the world record for the fastest solo cycling (men). He commenced his journey from Leh in Ladakh on September 25 at 4 AM. A tweet by PRO Defence Jammu reads, “Lt Col Sripada Sriram of #IndianArmy #StrikeOneCorps made us proud by setting a new #GuinnessRecord of being the fastest man to cycle from #Leh to #Manali in 34hrs & 54min.”

Lt Col Sripada Sriram of #IndianArmy #StrikeOneCorps made us proud by setting a new #GuinnessRecord of being the fastest man to cycle from #Leh to #Manali in 34hrs & 54min. @SpokespersonMoD @adgpi @PIB_India @UCI_cycIing pic.twitter.com/p5cZKKFBMO

Also Read: Working From Cycle: 3 Friends Pedal 1687Km From Mumbai To Kanyakumari While On WFH

To complete the journey of 472 kilometres, Indian army officer Lieutenant Colonel Sripada Sriram had to cross five passes and also defy challenging weather conditions. He completed the journey in 34 hours and 56 minutes. According to a Hindustan Times report, a defence spokesperson said that the event was organised to mark the 195th Gunners’ Day on Swarnim Vijay Varsh. Swarnim Vijay Varsh or Swarnim Jayanti is celebrated in India to commemorate the victory against Pakistan in the 1971 war that liberated Bangladesh. This year marks the 50th year of the victory. The Twitter post announcing the colonel’s mission went viral and netizens congratulated him on his victory. 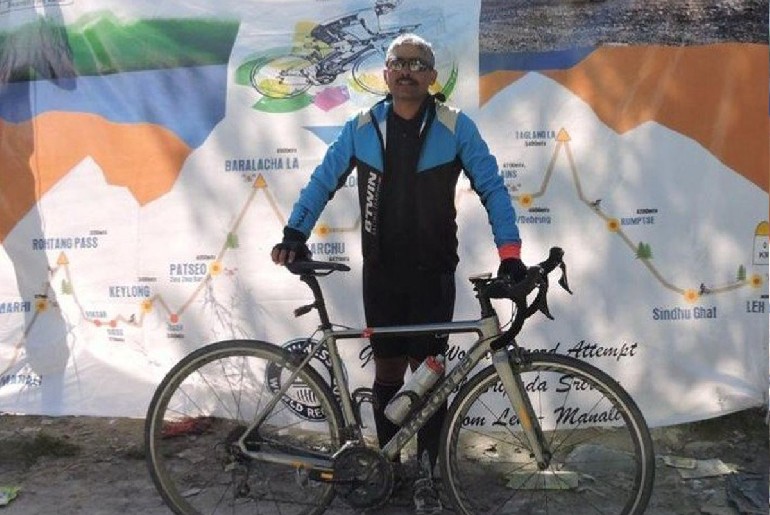 Also Read: 24-Yr Old Cycles All Across India To Feed The Poor Amid COVID Crisis

Sports Rehab specialist, Dr. Mustafa Topiwala had become India’s first physiotherapist to cycle from India Gate, Delhi to Gateway of India, Mumbai. He had completed his journey of 1460 kilometres in 5 nights and 6 days. Indian Book of Records has also recognised him for his achievement. Also, Nidhin Maliyekkal cycled from Kerala to Kashmir selling chai all the way to manage the travel expenses.