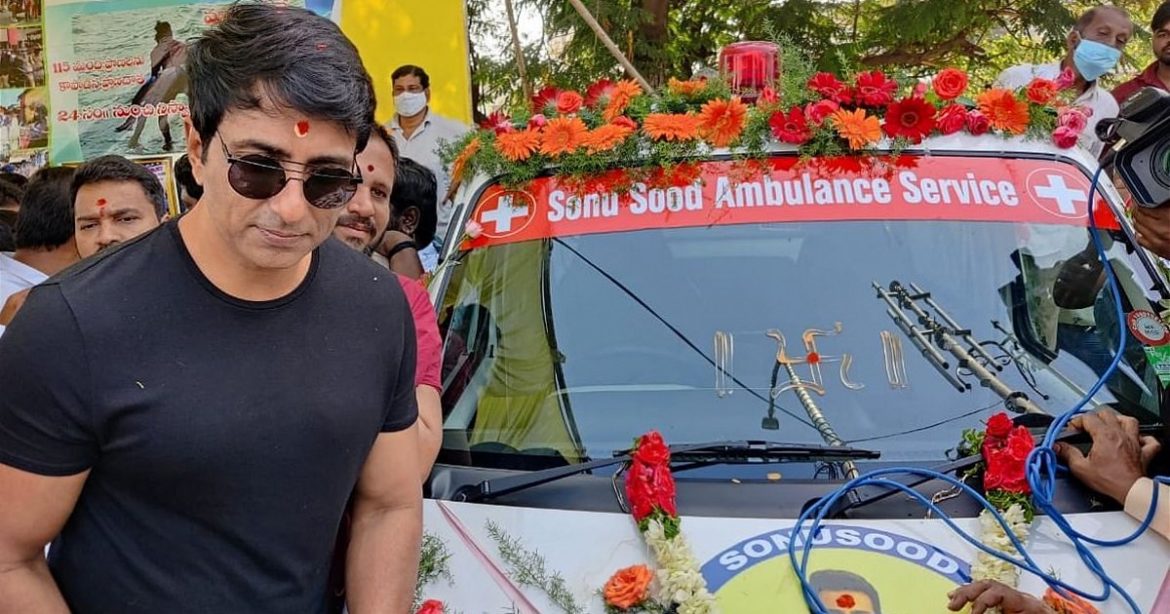 Ever since the coronavirus lockdown, actor Sonu Sood has won our hearts time and again with his humble deeds. From helping the migrant workers with food and accommodation, installing mobile tower for village students, mortgaging 8 Juhu properties to raise ₹10 crores for the needy, the actor had turned out to be the ‘real-life hero’ of thousands in the trying times. Inspired by his noble deeds, a citizen of Hyderabad, Shiva has started a free ambulance service and has named it Sonu Sood Ambulance Service. The actor himself inaugurated the service, praising Shiva for his deeds. Read on to know more. 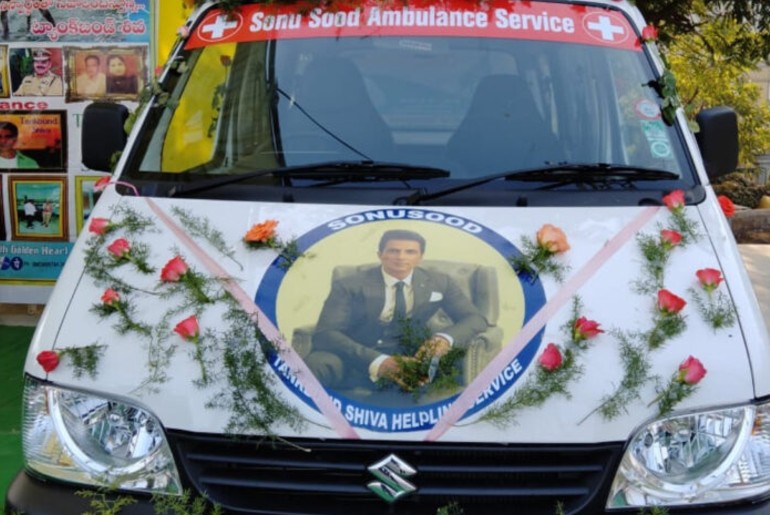 Shiva from Hyderabad has launched a free ambulance service to help the poor, taking inspiration from actor Sonu Sood.  He has named the service as Sonu Sood Ambulance Service. Shiva’s brother had lost his life drowning in a lake. Since then, Shiva has been rescuing several people who try to commit suicide by jumping into the Hussain Sagar lake. Shiva has saved more than 100 lives, earning the name Tank Bund Shiva. He has been living near Tank Bund for around 20 years. 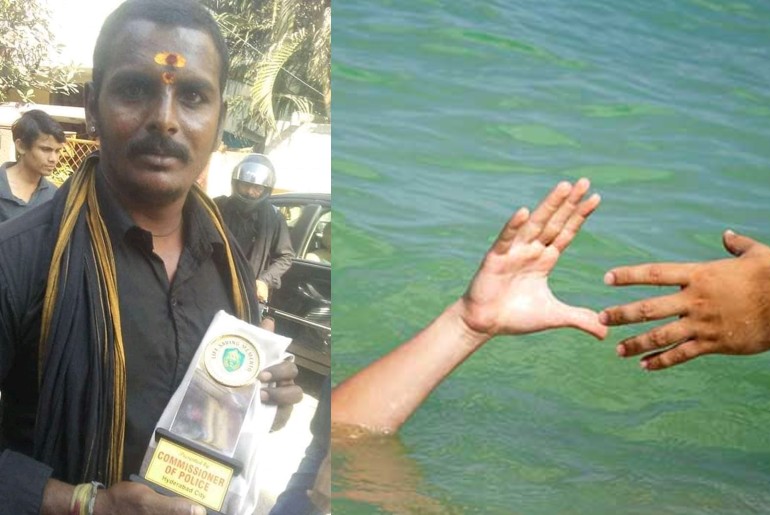 According to a Telangana Today report, Shiva has said, “I named the ambulance as Sonu Sood Ambulance Service because I was inspired by his good work.” The ambulance service is free is cost and will come to aid for the poor and underprivileged people at the hour of need. This is indeed a commendable initiative by Shiva. Meanwhile, Sonu Sood had even paid a visit to a Hyderabad stall named after him by his fan. 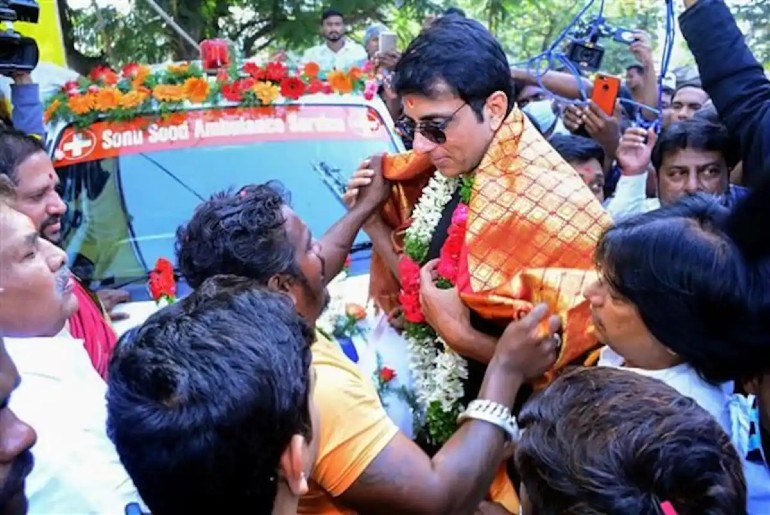 We Need More Shivas In Our Society: Sonu Sood

Sonu Sood inaugurated the free ambulance service by Shiva. Speaking about Shiva and his initiative, Sood said, “I feel privileged that I came for this ambulance inauguration. All thanks to Shiva. I have heard a lot about him that he has been saving lives and helping people and we need more Shivas in our society so everyone should come forward and help others.” Sood has also introduced his own autobiography titled “I Am No Messiah” which speaks about his journey from Moga to Mumbai. On that note, have you watched the Sunday Brunch of Kamiya Jani with the actor yet?