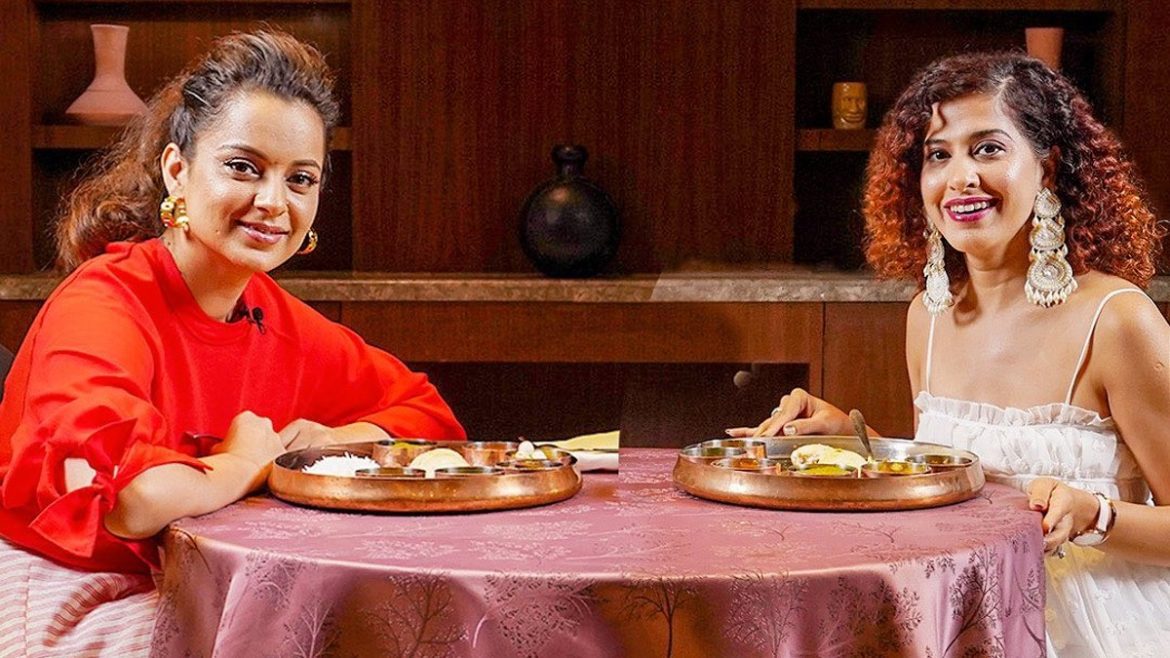 In a Sunday Brunch interview with Curly Tales, Kangana Ranaut said that she had initially found it weird to dutch bills on dates in Mumbai. Kangana said that in the initial days of her career, she used to live with 5-6 other girls as a paying guest when she had a limited amount of money. When she was asked how her food choices used to be in those days, the actress said that for her Delhi was a very different experience. She said that friends of friends or their boyfriends used to often take them out on rides and pay for their food too. She added that though they used eat very little, they often visited fancy places. Kangana added that when she started earning, she too used to pay at times, but there was no stress about paying. The actress said that in Mumbai, things were different.

Kangana said that when she went on dates in Mumbai, she found it shocking to realise that she had to pay too. She said that even in Chandigarh she did not have to pay her bills. She said that in Mumbai things were way more practical. Kangana was dating budding models and aspirants from agencies during those days. So, even if she ordered a bottle of water, she had to pay for it. But Kangana also said that dutching bills is cool.

Also Read: No One From Bollywood Is Worth Being Invited For A Brunch At My House: Kangana Ranaut