They say heavens are above us and for long, we have always looked up when asking for a blessing for praying for a miracle. It is imbibed in us from a young age. Every religion has stories too, where man dared to reach heaven in their quest for glory, for what can be more glorious than the kingdom of God? In our quest to find the superlatives around the world, we found a church that has reached heights, literally, in their search for God. Katskhi Pillar in Georgia is the most isolated church in the world. 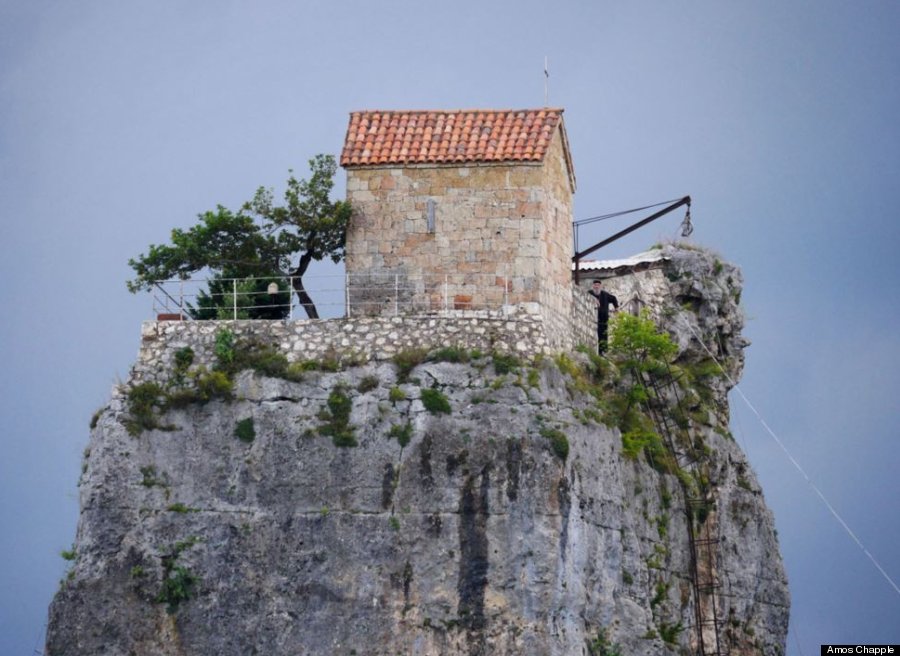 Isolation At Its Best

Located approximately 200 kilometres west of Georgia’s Tbilisi, the Katskhi pillar is one of the foremost isolated churches within the world. This pillar is a natural limestone monolith towering more than 130 feet, or 40 meters, into the air and on top of which stands what is probably the world’s most isolated, and most sacred, churches.

This remarkable landmark is, however, not easy to reach. There are no trains, so the only way is by car or bus, but it’s worth the trek. The final part of the journey is done on foot, a 20-minute hike during which the monolith appears suddenly on the horizon of the vivid Georgian landscape. A steep climb up some half-finished steps is a sign that visitors are almost there. At the base of the pillar, a monastery and a small chapel come into view on the right-hand side. To the left stands the 130-foot tall limestone column in all its mesmerizing glory. 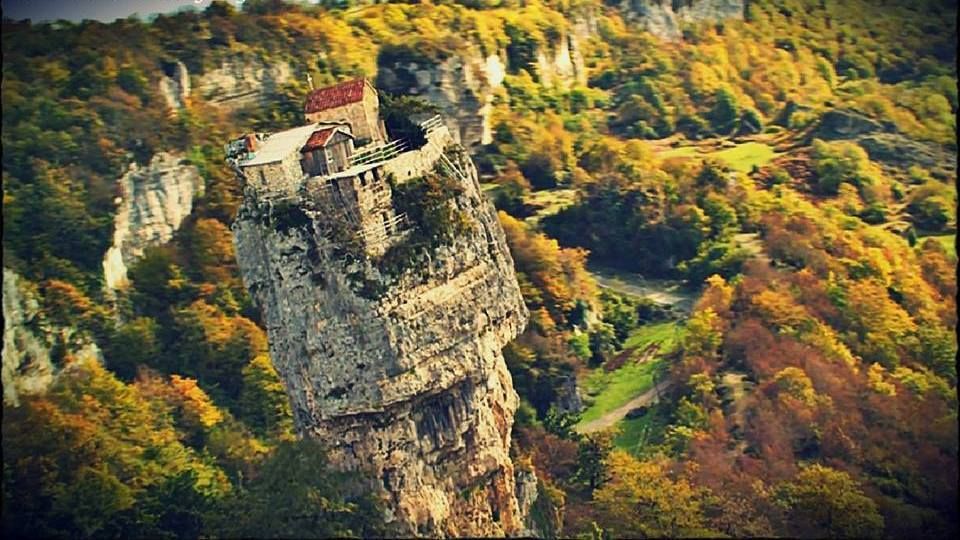 History Behind This Rock

This Katskhi complex is unique, on top of the column is a church built around 6th to 8th centuries ago dedicated to Maximus the Confessor, a 7th-century monk. There’s also a cellar, a curtain wall, and three hermit cells. Each day, monks living below make the 20-minute ascent via a thin metal ladder bolted to the side of the rock. The daily pilgrimage to say prayers at the top is said to bring them closer to God.

Beneath the column or rock stands the newly constructed church of Simeon Stylites, the monastery and therefore the ruins of an old wall and belfry. Today, the pillar remains celebrated for being one among the foremost sacred landmarks on Earth. Local monks are now the sole people on the earth who are allowed to require the 20-minute climb up the steel ladder on the side of the column to the very top. Climbing from the monastery positioned below to the church above is a daily pilgrimage they believe is the best way to offer themselves to God. 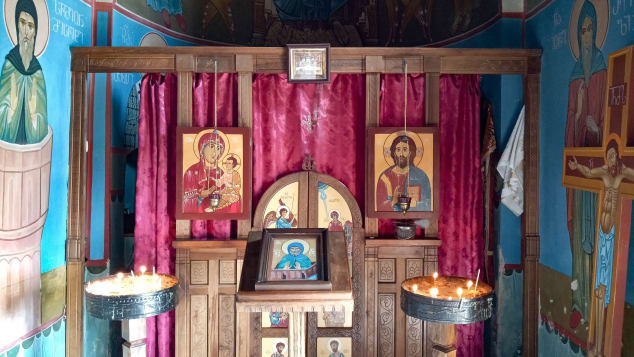 Only men from a religious order are now allowed to climb the stairway to the heavens. Women have not been allowed to scale the column at any point in history. The public has been banned from scaling the pillar to visit the church on top of an edict from Patriarch Ilia II, the spiritual leader of the Georgian Orthodox Church. “The Patriarch passed an order stating that only the monks can enter the church at the highest of the pillar. Until he overturns that order, we are not allowed to let any visitors up,” Ilarion says. Though they’re now among those banned from the top, residents are proud of their local landmark, venerated the world over as a “pillar of life” and “a symbol of the true cross.” Local George Tsertsvadze says the restrictions will help preserve Katskhi’s sanctity. 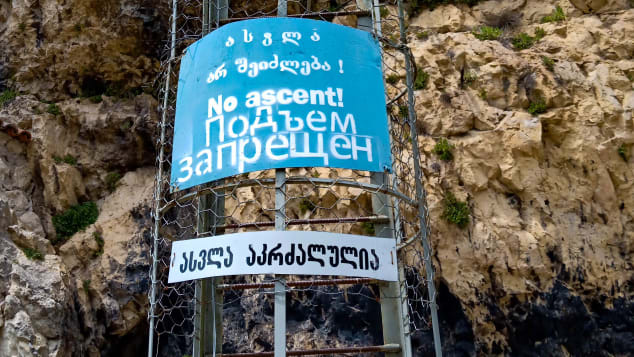 Also Read: Did You Know That The Most Dangerous Place In The World Is Inside Sahara Desert?

There are two main travel routes to require to succeed in the Katskhi pillar.

1. From Tbilisi
Catching a bus from Tbilisi’s Didube bus station to Chiatura takes between three and three-and-a-half hours. Although there are no official websites for the national buses and/or marshrutkas in Georgia, buses tend to run every hour between 7 a.m. to 9 p.m. each day. Once in Chiatura, an area taxis drive on to the Katskhi pillar.

2. From Batumi
Buses run hourly from Batumi to Kutaisi from 7 a.m., and the journey takes just over two hours. Once in Kutaisi, passengers can take another bus for a one-hour ride to Chiatura. Drivers will stop directly outside the doorway to the pillar complex on the way. Until 2015, Maxime Qavtaradze a 62-year-old monk resided atop the Katskhi Pillar in Georgia. He scaled a 131-foot ladder to enter his lofty home. And even though he was isolated he came down once or twice a week to help and counsel troubled men who visit the monastery bottom for help. Did you know La Sagrada Familia Church In Spain Has Been Under Construction For Last 137 Years? 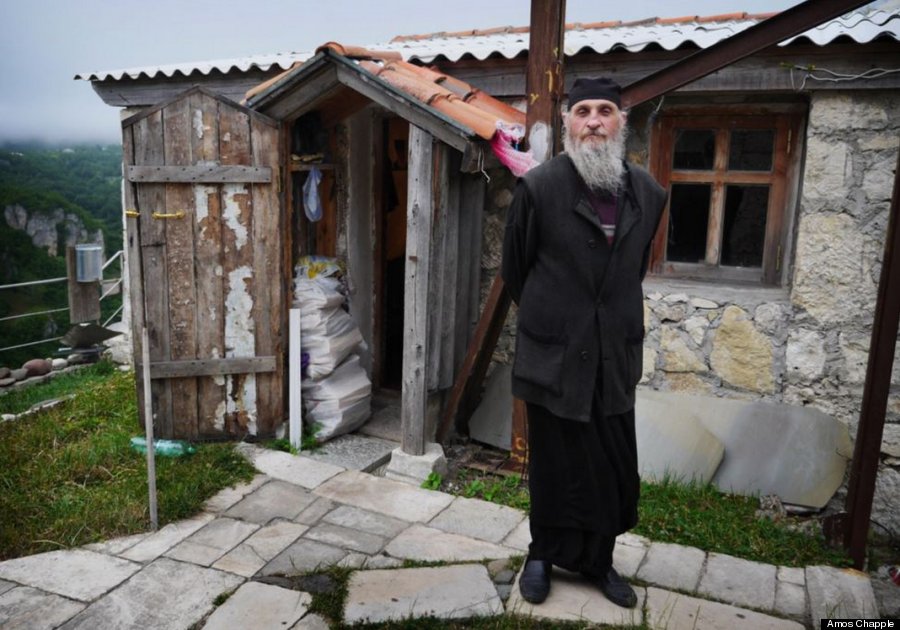 He spent most of his time there for 20 years and was the last monk to do so. He even built a church on the rock in 1995. Father Maxime Qavtaradze wasn’t afraid of heights since he had worked as a crane operator during Soviet times. Since he didn’t have a fear of heights, it came in handy when he resided there. The first monks began living in the church around the 10th and 11th centuries, and they lived up on top of the pillar. Although climbing to the highest of the pillar is now forbidden, there’s still plenty to ascertain within the Katskhi complex. The monastery building and the surrounding complex was restored by a state-funded program in 2009 and works continue today to allow visitors an experience close to what existed more than 1,000 years ago. A new visitor centre is also in the works, along with a small souvenir shop. Here are 5 Reasons Why Georgia Has To Be On Your Travel List 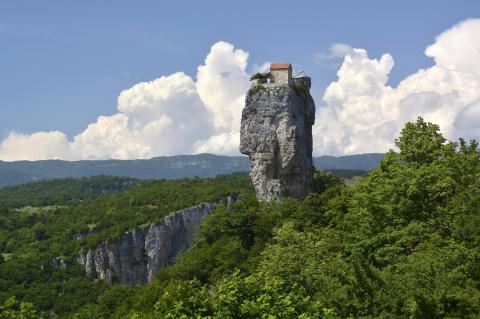 It’s still possible to climb up to the pillar’s first level, which holds a prayer area and a 6th-century cross marked into the limestone — one of the earliest examples of Christian symbolism in existence today. There’s also space to light a candle and pray into an enclosure carved into the rocks. This site was first recognized as Christian in the 6th century when the base of the pillar was marked with a cross. The church was added later and, despite its age, the complex is fully operational today. Mount Mary Church In Bandra Is Believed To Make All Your Wishes Come True

The church of Simeon Stylites, a small quaint chapel adorned with decorative art and religious artefacts, stands at ground level. The quiet and peaceful building is open for visitors to pray. Inside is a collection of stunning fresco paintings, with a tiny altar and prayer space with room to light a candle. On leaving the chapel, visitors get an awe-inspiring vista of the gorgeous Georgian countryside with the pillar positioned to the proper. Also visible in the distance, through a gate to the right of the chapel, is the monastery itself. The building being off-limits to the public, but Ilarion and the other monks happily walk around the complex talking to visitors and imparting their wisdom to all who listen. 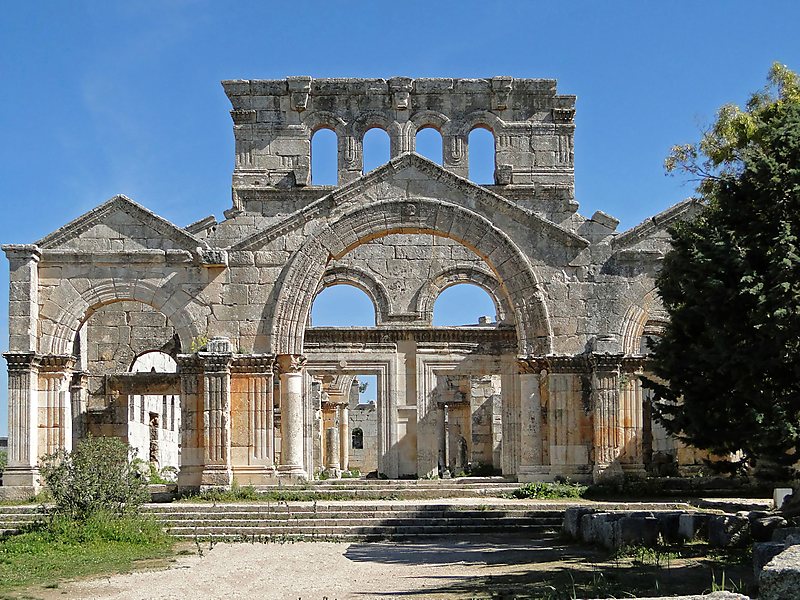