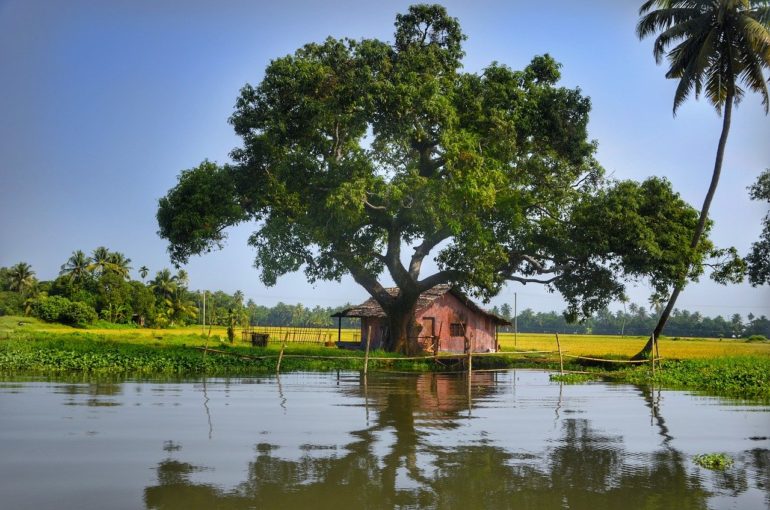 by Sanjana Shenoy March 12, 2020 903
In spite of two consecutive floods in the years 2018 and 2019, and the Nipah Virus outbreak which killed 19 people in the state, Kerala has still witnessed the highest tourist visits in the past 24 years. The floods which hit during the monsoon tourism season did take a toll on the tourism industry of the state initially, but Kerala yet emerged victoriously and proved its tourism merit by witnessing a steady increase in the number of tourists visiting the state. The latest data reveals that Kerala witnessed around 1.96 crore domestic and foreign tourists in 2019, which is the highest growth rate in tourist footfalls in 24 years. The state has 16% yearly increase in the first three quarters of 2019 from domestic tourists till September 30. Apart from this, there has also been an 8.5% growth from foreign tourists in the last calendar year.

Pradeep Chandran, the Kerala Tourism officer stated that Kerala has been visited by 89 lakh domestic tourists and 11 lakh foreign tourists in 2019, and has seen a double-digit growth over 2018. A massive revenue of ₹ 45,010.69 crores has been generated by the state as total earnings from tourism during the same period. A growth of 17.19% over the previous year has been accounted for foreign exchange earnings from tourism and an amount of ₹10,271.06 crores has been recorded for the same.

Tourism Minister, Kadakampally Surendran stated that Kerala has bounced back with great vigour after suffering torrential rains and unprecedented floods in 2018 and 2019. The state now has the highest growth rate since 1996. The minister expressed with hope about sustaining the growth momentum in 2020. When it comes to the current coronavirus cases in Kerala, the minister stated that everything depends on how quickly the world finds a solution for coronavirus. Pradeep Chandran added that all precautionary and preventive measures have been taken by the state to ensure that coronavirus doesn’t affect tourists and that the health and welfare remain intact across the state. Did you know Kerala Government Announces Coronavirus Outbreak A State Calamity? Tourism Minister, Pradeep Chandran assured people that Kerala is safe like any other state. Foreign tourists arriving in Kerala are screened at all four airports of the state and are quarantined if needed. But he admitted that some tourists especially those from European countries have cancelled their bookings after the Corona outbreak. Businessmen and students from China, who have come back to Kerala have been screened and isolate if they have been found with symptoms. Those who were suffering from this virus have been treated and have recovered. Well, Kerala has is definitely God’s Own Country and they have proved it through their impeccable tourism track records. Kerala leads the way as Tourist Spots Set To Be Specially-Abled Friendly By 2021