Don’t you just love attending birthday parties? Cheering for your friend cut a cake, gathering around for music and celebrating the joyous occasion of the birth of a special one. Well, Kerala celebrated the first birthday of an elephant calf named Sreekutty. Her birthday party included a huge cake made of ragi and rice. Sreekutty also got a yellow flower, a traditional shawl and was showered with lots of love by the mahouts and forest officials. This is one super cute elephant calf, you just can’t have enough of. Read on to be part of this special birthday party.

Elephant calf, Sreekutty turned one on November 8 at the Kottoor Elephant Rehabilitation Centre in Kerala. Forest officials organised a grand birthday party for the cute baby elephant. They presented her with a cake prepared out of rice and ragi. Sreekutty wore a yellow flower on her head and even received a traditional shawl from Rajesh Kumar Sinha, Secretary to the Forest Department. The little elephant, excited to see her birthday cake, tried to quickly consume it in the presence of a few tourists.

She was rescued from Thenmala forest area in November last year. pic.twitter.com/989UyezceW

This birthday celebration is not just a significant day for Sreekutty, but also for the forest officials who rescued her, one year back. The elephant hardly a month ago was discovered in an injured state in the forest area of Thenmala. Forest officials were unable to reunite her with her family, so they brought her to their rescue centre. This birthday celebration marks her rescue date. 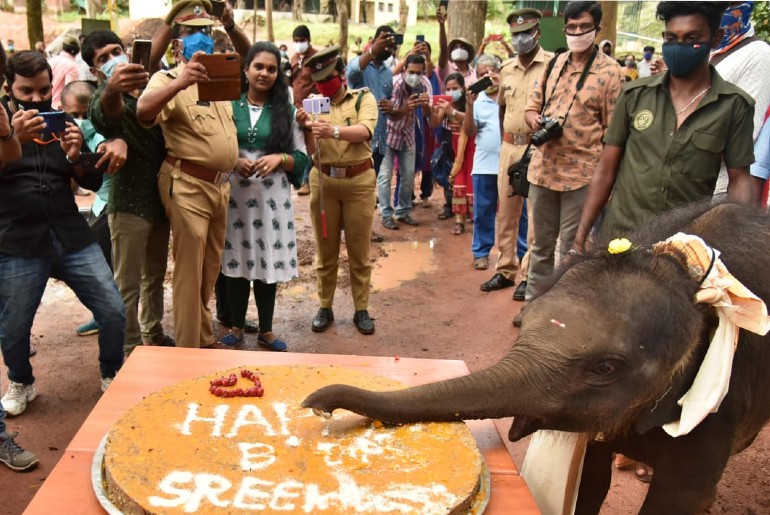 Also Read: This Jungle Bubble In Thailand Lets You Sleep Under The Stars With Elephants

Forest Officials Rescued Her 1 Year Back

Satheeshan N V, deputy wildlife warden informed New Indian Express, “When we got Sreekutty, one of her hind legs was badly injured and she had bruises all over her body. It is suspected that she was washed away in strong water currents, eventually getting separated from her parents. As Sreekutty was hardly three weeks old, chances of her survival was just 40 per cent.” He also revealed that forest officials waited for a day before shifting her to the rehabilitation centre. They hoped to reunite her with her mother. 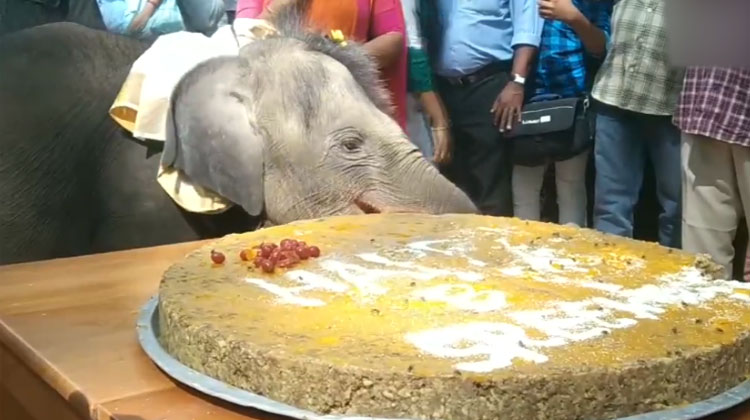 He mentioned that the forest officials had waited for a day before shifting her to the centre with the hope that her mother would come looking for her. Later, they shifted her to the rehabilitation centre. But later they took her to the centre. Forest officials set up a special enclave for Sreekutty. They fed her glucose and lactogen, then introduced B-Protein and ragi to her diet. The elephant now hail and hearty, celebrated her first birthday in style. 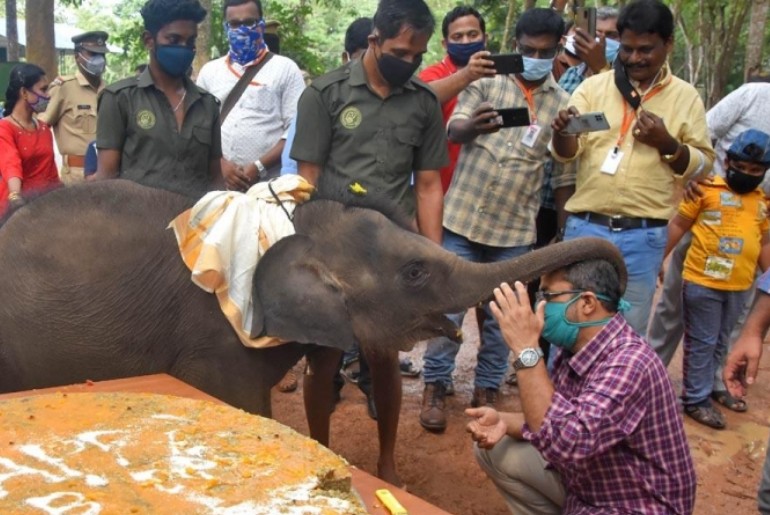 Forest officials, mahouts, people from tribal hamlets and members of the eco-development committee were also present. They also celebrated the birthday of three-year-old elephant, Kannan and 78-year-old Soman. Forest officials hope, Soman will soon enter the Guinness Book of World Records for being the oldest elephant in the world. Meanwhile, here are many more reasons why you must visit Kerala during your next vacation.