Locust Chocolate Or Locust Kebabs: These 5 Countries Eat Locusts As A Delicacy 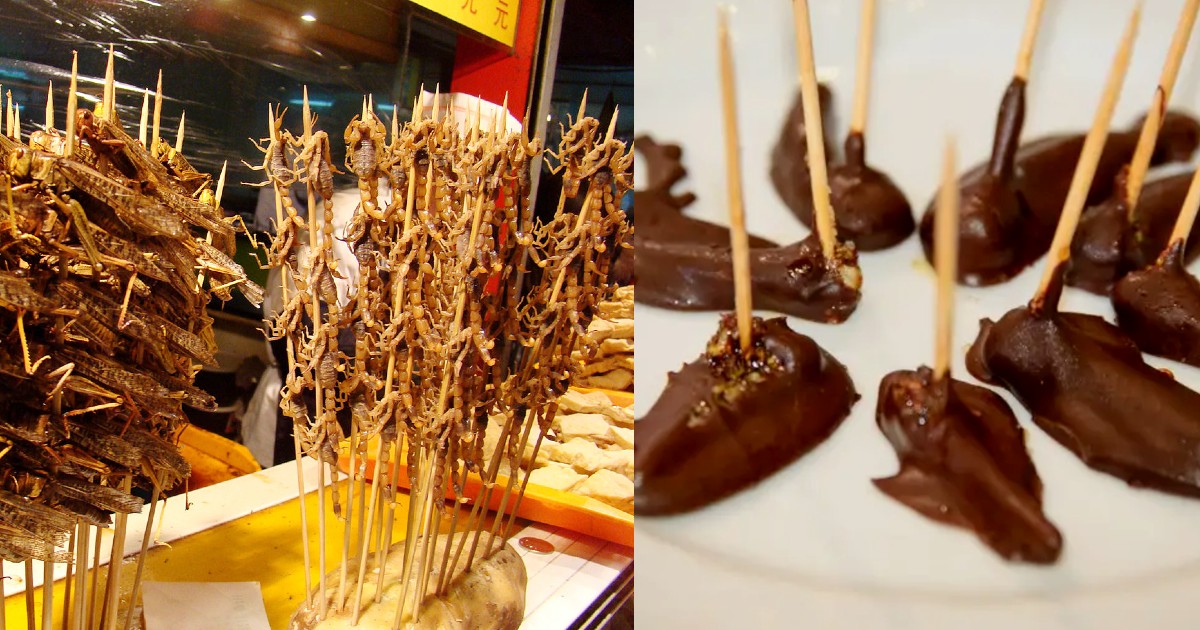 You must have heard of the phrase ‘One Man’s Food Is Another Man’s Poison’. Well in times of locust attacks that happen in 6 Indian states across the country, maybe the phrase must be flipped to ‘One Man’s Food Is Another Man’s Pest‘, considering the fact that there are some countries across the world that find ‘locusts’ to be an absolute delicacy. From preparing kebabs, biryani, salads to even covering them in chocolate, these 5 countries across the globe relish locusts and how!

In the middle Eastern country of Israel, locusts and grasshoppers are considered the only halal insects in local diets. Farms in Israel were gripped by locust invasion as the pests gobbled crops by numbers. So some people took up the novel approach of, if you can’t beat them, then maybe eat them! So call it revenge or killing two locusts with one stone, Israel started eating locusts. They fry the winged creatures and even serve it as desserts. Locust is also the only creature that’s considered kosher. Specific extracts in the Torah state that four types of desert locusts including red, yellow, spotted grey and white can be eaten. So Israelis prefer to drop the locusts in a boiling broth, clean them off, roll them in a mixture flour of coriander seeds, garlic chilli powder, and finally deep fry them. So, locust pakoras anyone? If you find this disgusting then did you know there’s an entire museum in Sweden dedicated to disgusting food? 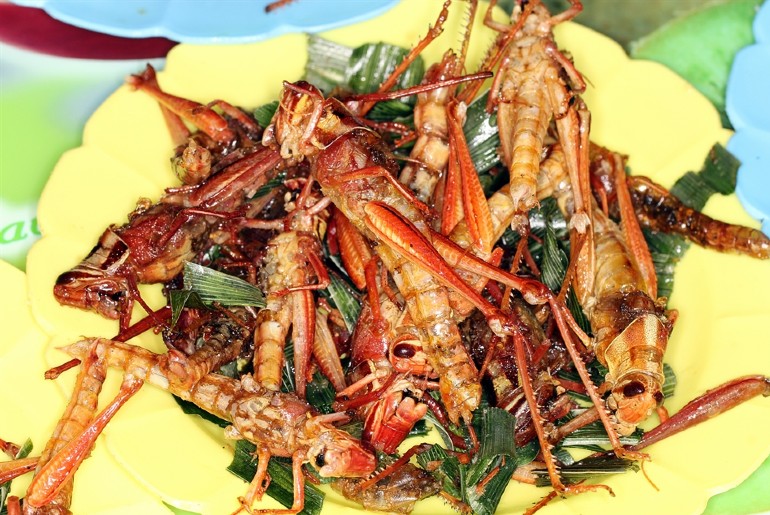 When you think of Mexican food what comes to your mind? Nachos, tortillas, chorizo, churros and chilli peppers. But if you travel to certain regions of the country you can also find unique dishes made from insects. This includes chocolate-covered locusts, candy-covered worms and ant eggs soaked in butter. Women in Mexico even prepare a popular type of  Oaxacan alcohol called mezcal. So if you find yourself at an authentic Mexican fiesta then you might be served chocolate-covered locusts for desserts or wine prepared out of insects. Cheers Amigos! 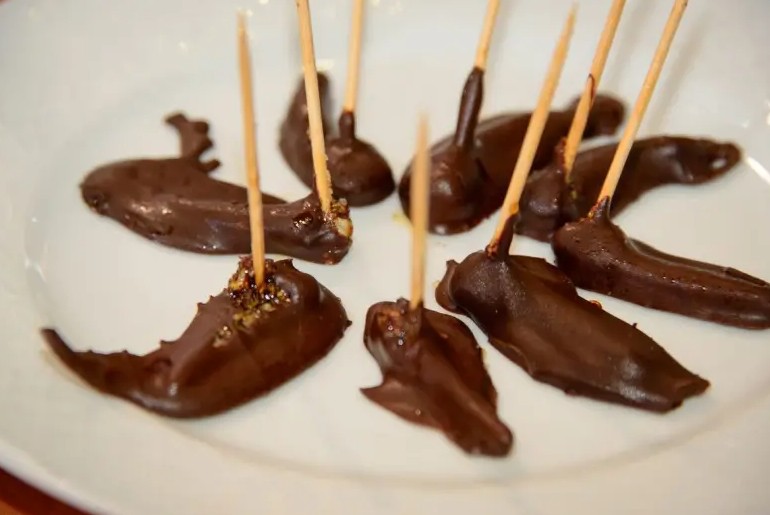 Also Read: 10 Weird Museums Around The World To Visit Once In Your Life

In the year 2004, swarms of locusts devastated crops in certain areas of Australia. In order to fight these locust invasions, people retaliated by eating them. The idea to start eating locusts was lauded by government workers. Australia calls its locusts as ‘sky prawns’ as they are free and can fly. Soon after a cookbook ‘Cooking With Sky Prawns’ was also released by government officials. It has not one, two, but 20 locust recipes. The dishes include locust dumplings, chocolate-covered locusts and even locust popcorn. Now, these are the Masterchef Australia like dishes that are worth talking about! 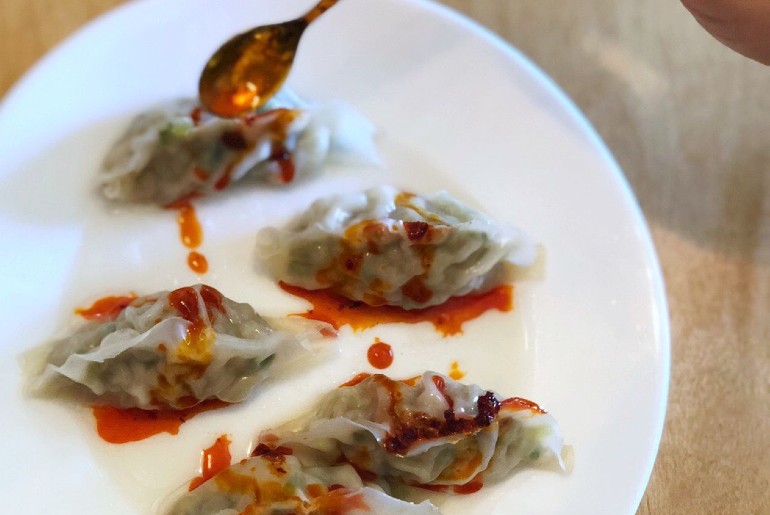 Some Kuwaitis like their locusts baked, while others prefer them dry. Interestingly locusts are considered really nutritious, delicious and an energy-efficient source of protein by many people in Kuwait.  Locusts are prepared by simmering them for half an hour and then baked again for that extra crunch. Since the older generation of Kuwait love to have their locusts year-long, these winged creatures are then dried. But locust consumption is dwindling across the Kuwaiti society as the younger generation are not enamoured by the prospect of munching on locusts. 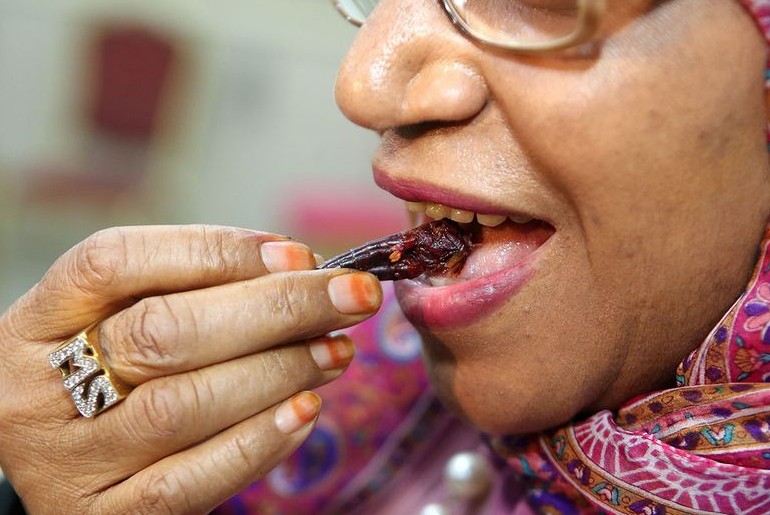 Also Read: Here Are Some Weird Virtual Tours From Around The World That Have Caught Our Attention

Nairobi has a vivid menu of grilled locust salad, locusts in skewered and of course the good old locust kebabs. If people are really hungry they can just order these snacks in Nairobi. After all there is no shortage of locust food supply. The swarms of flying protein were available in abundance in Africa. Inhabitants in various African countries know how to put these locusts to good use. People in Nairobi crush the locusts and use them in their meals. They also deep fry them and serve the dishes with tartar sauce. 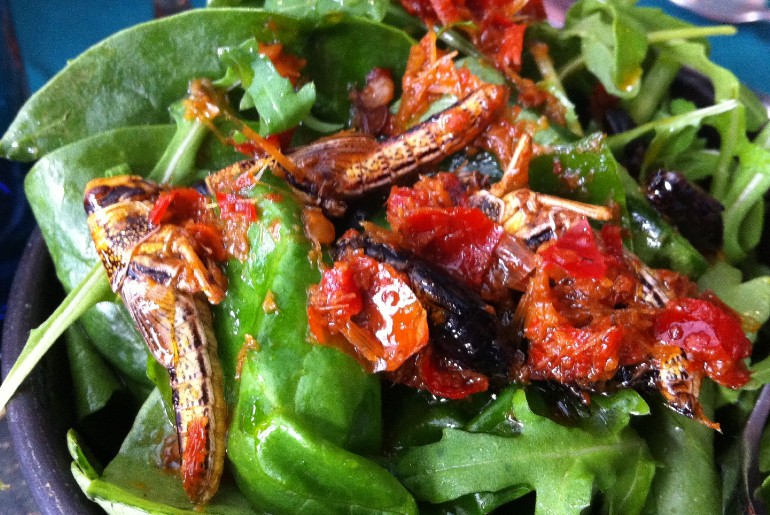 So folks! Locusts currently might be a pest in many states in India. But they also started off being pests in Africa and Australia until people decided to beat the insects at their own game by turning them into a delicacy. So these are some of the countries across the world that truly savour the winged creatures. And when it comes to weird food, here are some of the weird combinations that Curly Tales gave a shot.