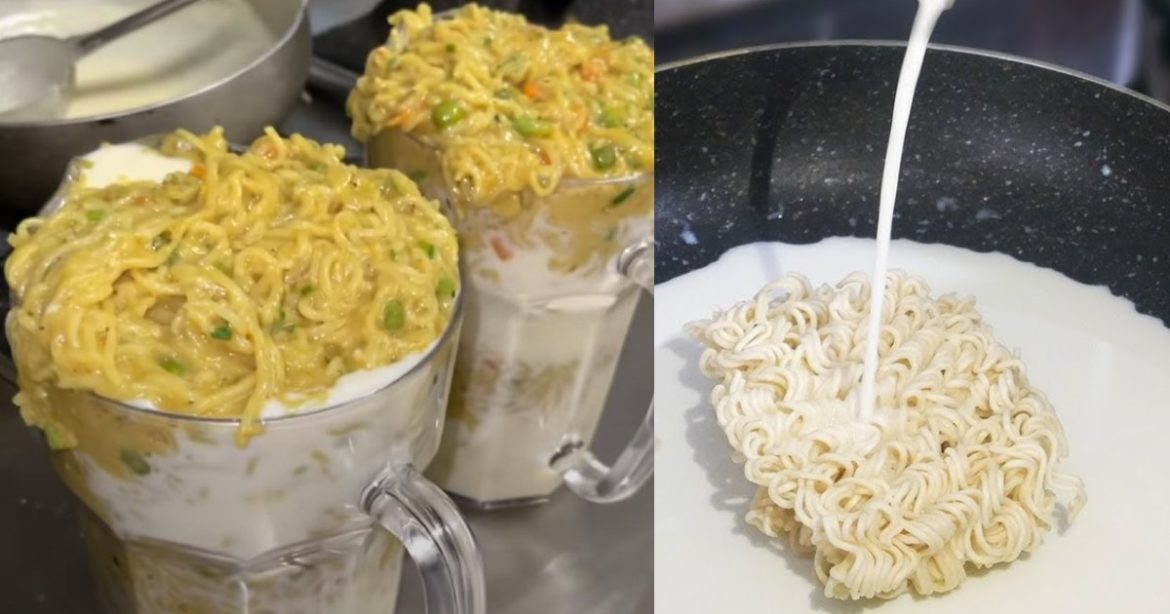 Weird food trends have taken over the internet for quite some time now and they have not spared our favourite Maggi too. And now, someone just made a Maggi Milkshake that is flying foodies off the handle. The humble soupy Maggi noodles were dipped into creamy milk and the picture itself is jolting us up. We wonder who would dare to taste it. A Reddit user uploaded the picture of this bizarre shake and it has grabbed more than 1.2 k upvotes and over 200 comments.

Netizens Call The Shake A ‘Crime’ And A ‘Curse’

The picture was reposted on various other social media platforms including Twitter and netizens flooded the comments sections with reactions of anger and shock. Sharing the picture, one user wrote, “Maggi milkshake. Everyday we stray further from God’s light.” Another replied with a picture, “Gunaah hai Yeh“( it’s a crime). Yet another wrote, “A cursed image, we are truly monsters.” One commented, “The right place for this shake is dustbin.” Someone also wrote, “Trying to unsee this”.

Also Read: Foodies Appalled By This Bizarre Indian Curry With Potato Chips; Call It A Sin

Have You Tried Maggi Laddoo And Maggi Ice-Cream?

This is not the first time people are experimenting with Maggi. Earlier, a recipe of Maggi laddoo made with jaggery and cashew went viral. We’ve also come across grubs like Maggi Ice-Cream, Maggi Burger, Maggi Crab Curry and more. Believe it or not, even kaju katli chicken soup, gulab jamun pizza and chocolate biryani had emerged as food trends.

Food experiments are okay, but only to the extent to which they are edible.