Man Eats Maggi With Vimal…
Here’s How To Make Juicy,…
Cheesecake Ice Cream, Anyone? This…
5 Best Restaurants Open In… 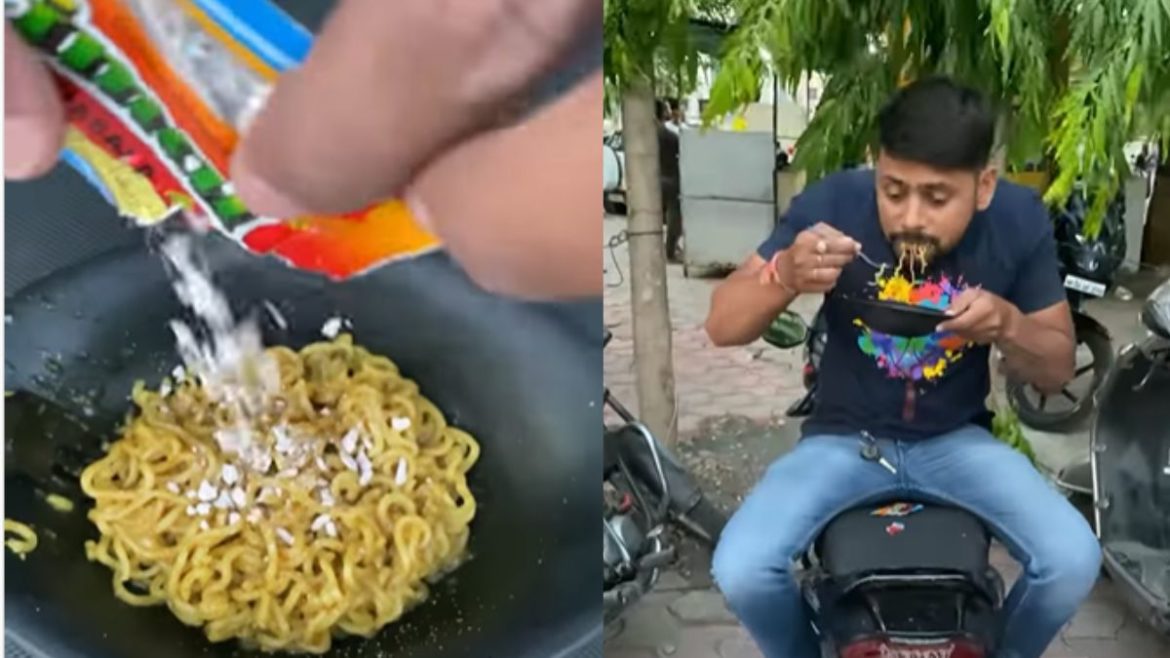 It is true that the sky is the limit and some people are going beyond to extend that limit. Weird combinations of food videos are spreading like crazy on various social media platforms. And this time, the viral video is about everyone’s favourite, Maggi noodles. A man from Indore uploaded a video of a bizarre combination of Maggi with Vimal Pan Masala and the netizens are clearly furious about it. The video went viral like crazy.

We have witnessed weird experiments with food items in the past but Maggi really makes us lose our calm. After all, it is Maggi and who doesn’t love it. In the video, he mixes a plate of Maggi with Vimal Pan masala. He mixes it well and then eats it while sitting on a bike. It is spreading like wildfire on the Internet and everyone is reacting to it from their own perspective. Till now, the video has over 3 million views and 75K likes on Instagram.

This weird and bizarre experiment had no such hurting intentions. The video creator is Rohit Chauhan and he is a comedian. He made this video with the intention of a comedy perspective. In fact, he also used funny audio on tobacco to make this video entertaining.

The netizens are reacting to this video not only on Instagram but on Twitter as well. A user demanded a Maggi Crimes Tribunal after watching this video of Maggi with Vimal Pan Masala.

Some even commented that it is just a way to get viral.