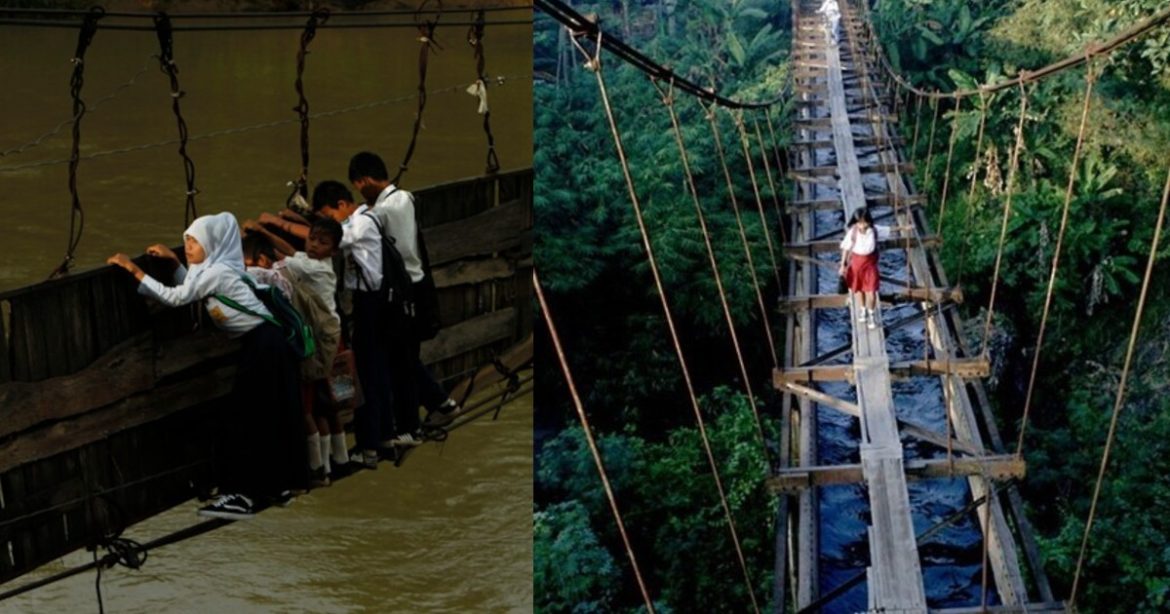 School days were probably the best days of our lives. We still cherish the memories we created on the school buses with our childhood friends. We usually reached school by walking, cycling or via a pull car or a bus. But have you ever imagined crossing wild rivers or trekking to school through deadly mountains? These children in some of the Asian villages are bound to take these perilous routes, that too every single day. But their dedication to studying surpasses the fears. Here are 5 such dangerous schools in Asia, the routes to which involve tear-jerking, life and death journeys:

1.Some Schools Near Dhaing District, Nepal

Children staying at this district risk their lives every day and cross the Trishuli River via hand-operated cable and a box to reach their schools. After reaching the other end of the river, they trek for around 45 minutes to finally reach school. The other locals too cross the river in the same way to buy groceries, visit relatives and for other purposes. In 2011, a cable collapsed in the river killing five people. Their hands also get injured by the wire. The Nepal government has planned to replace these cables with suspension bridges.

Children of this clifftop village needed to climb up the mountain via dangerous, shaky vine ladders for nearly 90-minutes to travel back home from their schools. Due to the risk of the ascent, the school had started boarding facilities, allowing children to go home only twice a month. The vine ladders were later replaced by steel ladders, but they too were risky. As per reports, the government has now resettled the households of the remote village. 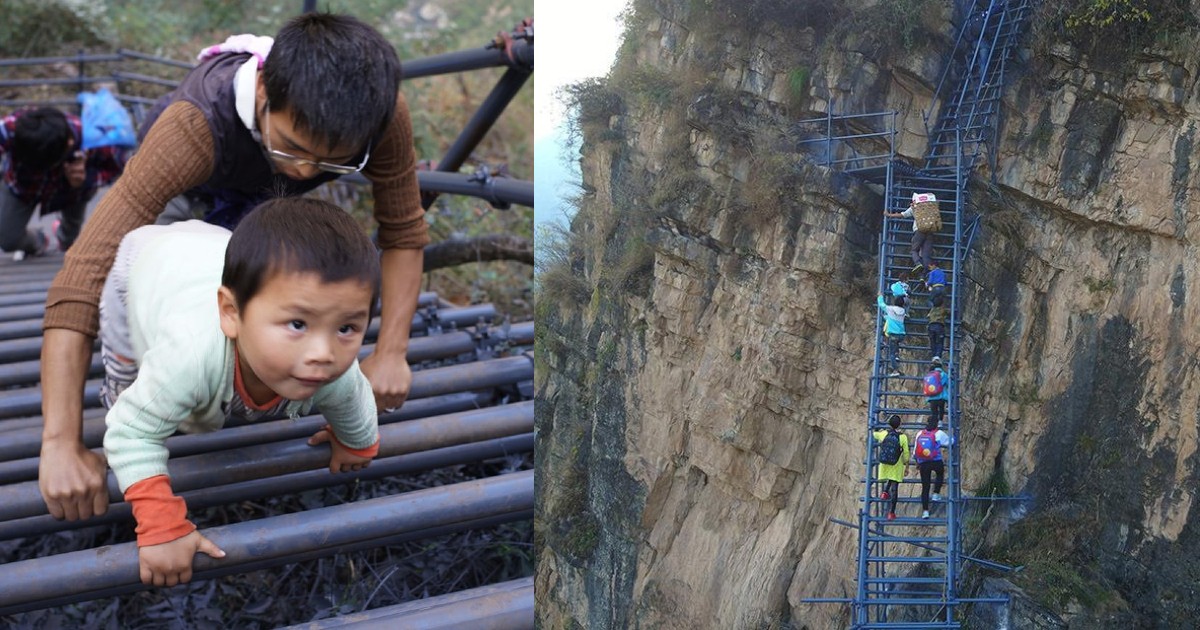 Picture Credits: The Guardian and Sohu

Also Read: This Is The Longest & The Most Dangerous Highway In The World

Kids in China had to climb a treacherous mountain for five long hours every day to reach the Gulu Elementary School. Also known as the school in the clouds, it was located atop a mountain with narrow passages and sharp turns. Fortunately, the school is now closed down after 60 years of operation. 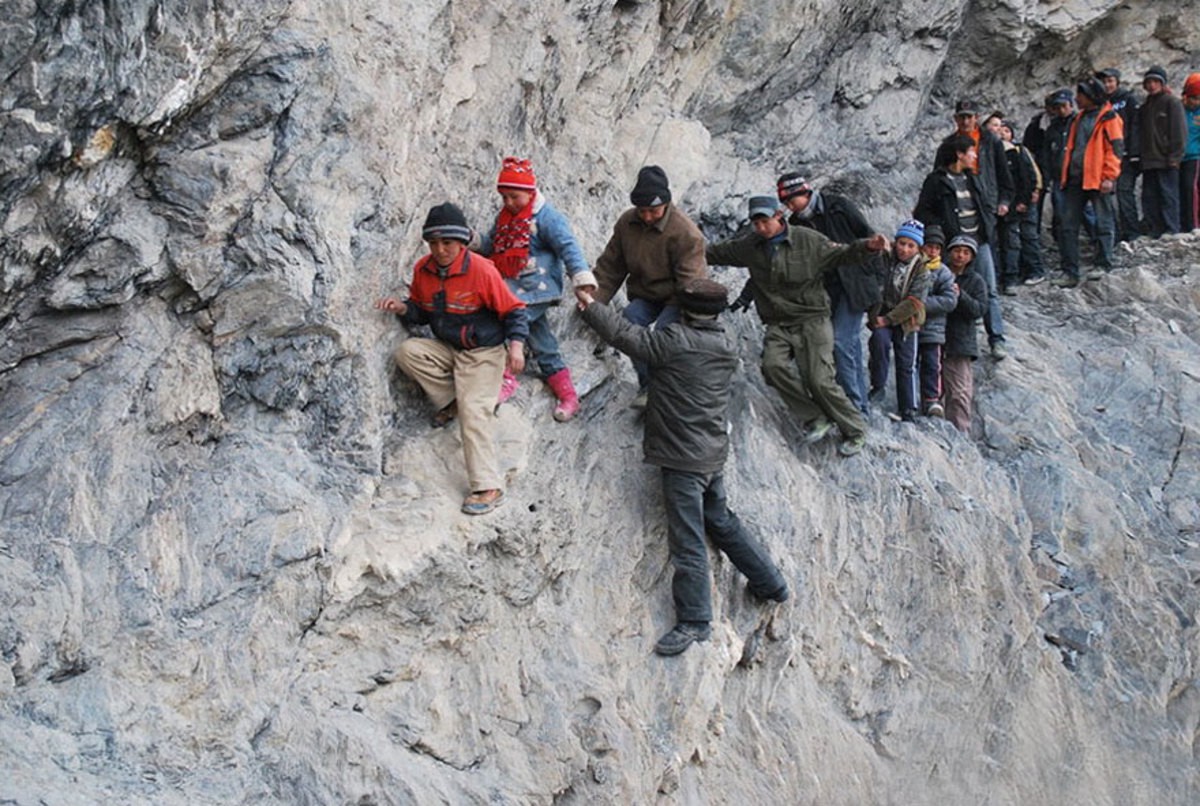 To reach this school, children cross a broken suspension bridge running above the Ciberang river daily. The children hold on to the side steel bars of a collapsed bridge to reach the other side of the river. They take this route to avoid the 30-minute extra walk through an alternative bridge. 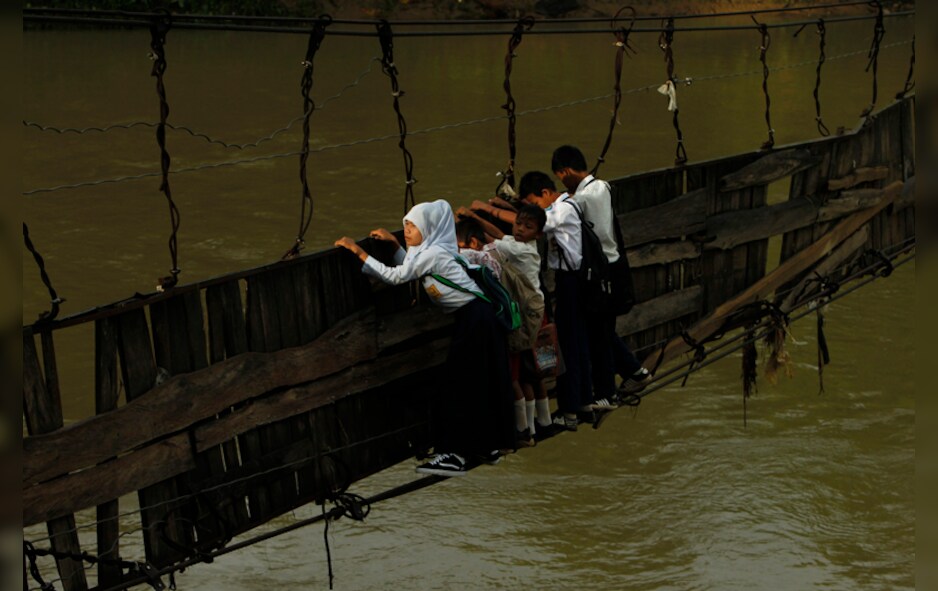 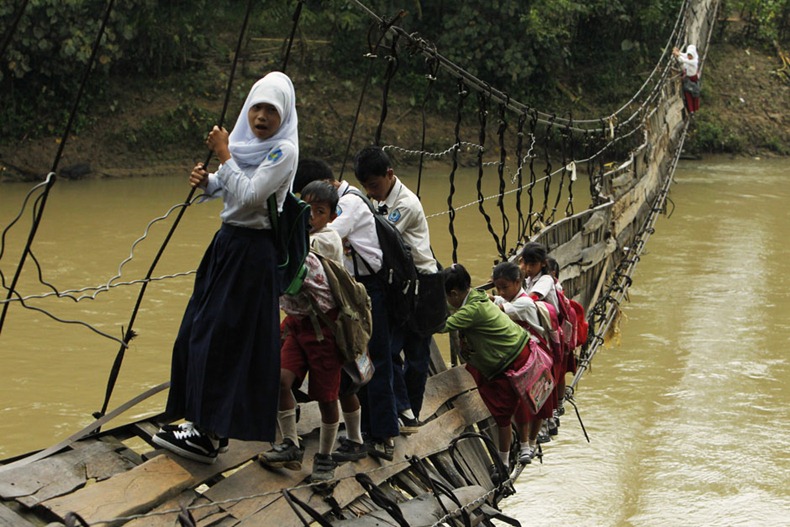 Children here cycle or walk over a narrow aqueduct to cut down their six kilometre-journey to reach school. A deep stream flows beneath the aqueduct and the journey is like a dice with death. 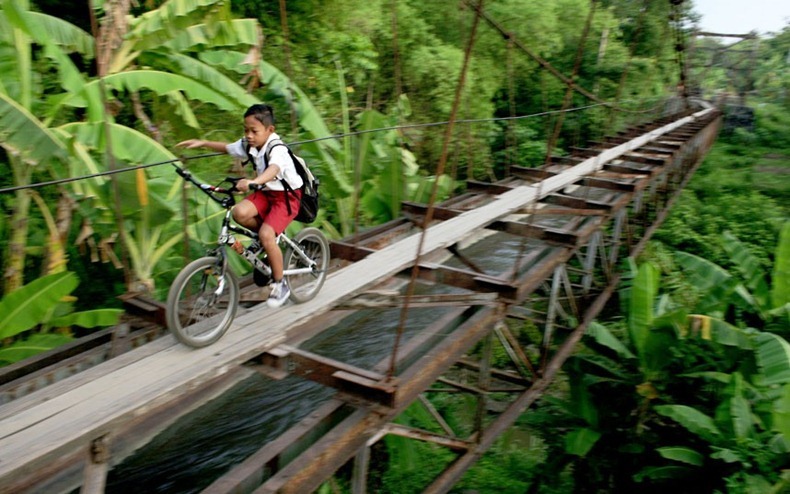 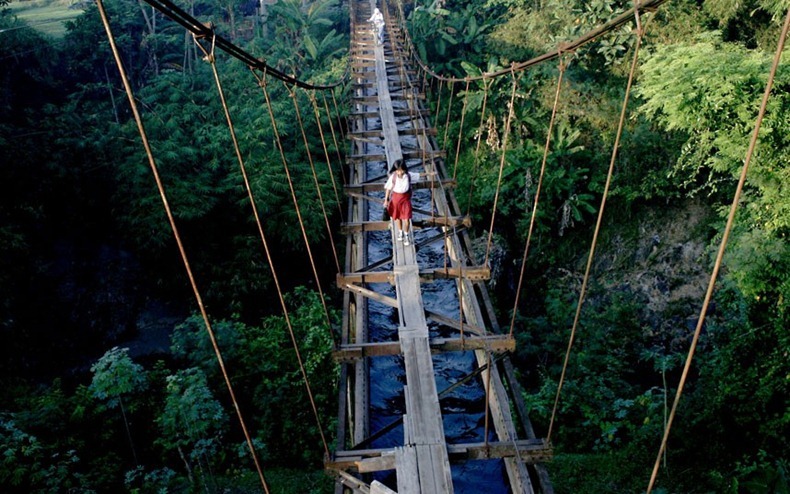 Also Read: Did You Know That The Most Dangerous Place In The World Is Inside Sahara Desert?

The traffic jams of Mumbai, Bangalore or Delhi are too trivial when compared to these. Aren’t they?