In the north-eastern state of Nagaland, ringed by the Purvanchal Himalayas, lies a sparsely populated village, Viswema. The hilly hamlet is known for its mesmerizing beauty, the art of pottery and terrace cultivation. The most interesting part is, even the school students in this village take part in the farming activity and it forms an integral part of their curriculum. Under the guidance of headteacher Keneisenu Vitsu,  K Khel Government Middle School students of classes 1 to 8 have been taking part in organic farming since 2011. They consume the vegetables grown as part of their mid-day meals. The teachers sell extra vegetables and use the money earned to buy snacks for the students. The school even conducts farming competitions to encourage the students. Meanwhile, Nagaland’s Khonoma village is the first green village of India.

K Khel Government Middle School in Viswema has included organic farming as an important part of the curriculum of the students. As part of the farming activity, the students grow fresh herbs and vegetables in the school premises, like pumpkin, cabbage, lemon, pomegranate and squash. 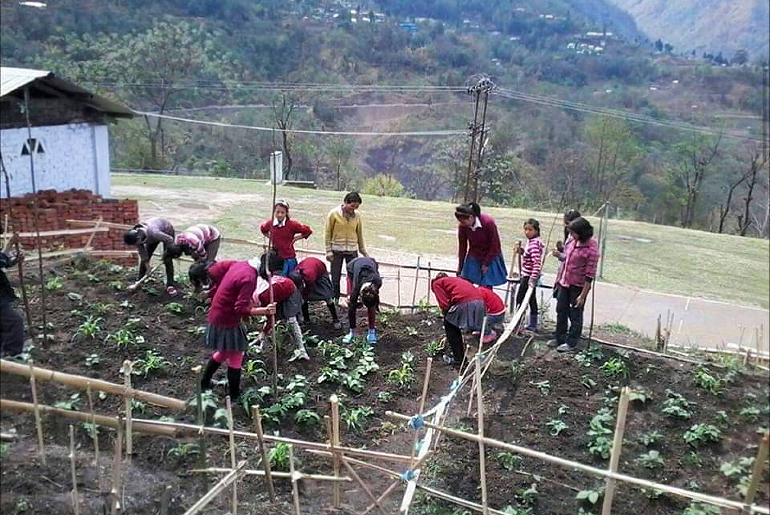 They also grow Naga dal, mustard and maize. Reportedly, the students produce more than 300 kg of vegetables, grains and pulses annually. The school cook prepares nutritious local delicacies from these vegetables for the mid-day meals.

Students Find A Sense Of Joy And Appreciate The Concept Of Dignity Of Labour: Vitsu

According to Better India reports, referring to the farming, head-teacher Vitsu has said, “It all started in 2011. We decided to teach organic farming to the kids to inculcate in them the skill and knowledge of agriculture. Through organic farming, students find a sense of joy and appreciate the concept of dignity of labour,” She added, “Inspired by us, some neighbouring schools started the same on their school campuses. The organic farming in our school has been appreciated and encouraged by the education department officials, who came for inspection and supervision.” 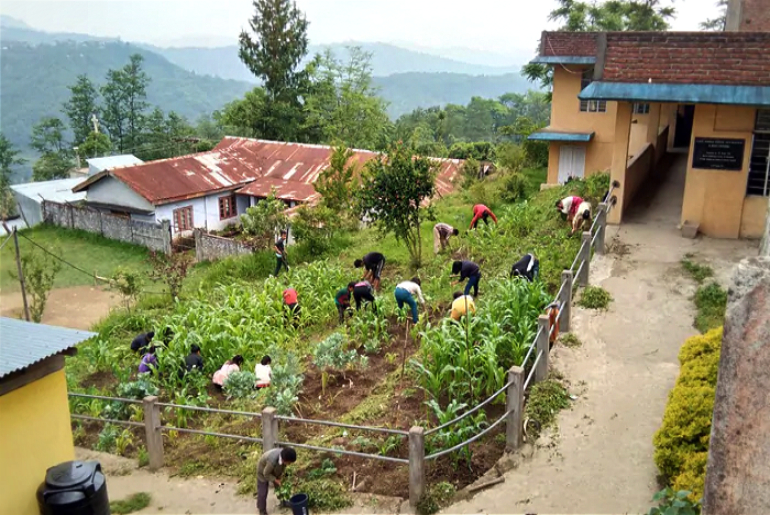 Also Read: 5 Reasons Why You Need To Visit The Hornbill Festival In Nagaland

That’s a commendable initiative by the teachers of the Viswema school to make students efficient and self-reliant. On that note, did you know about the highest permanent village in India?