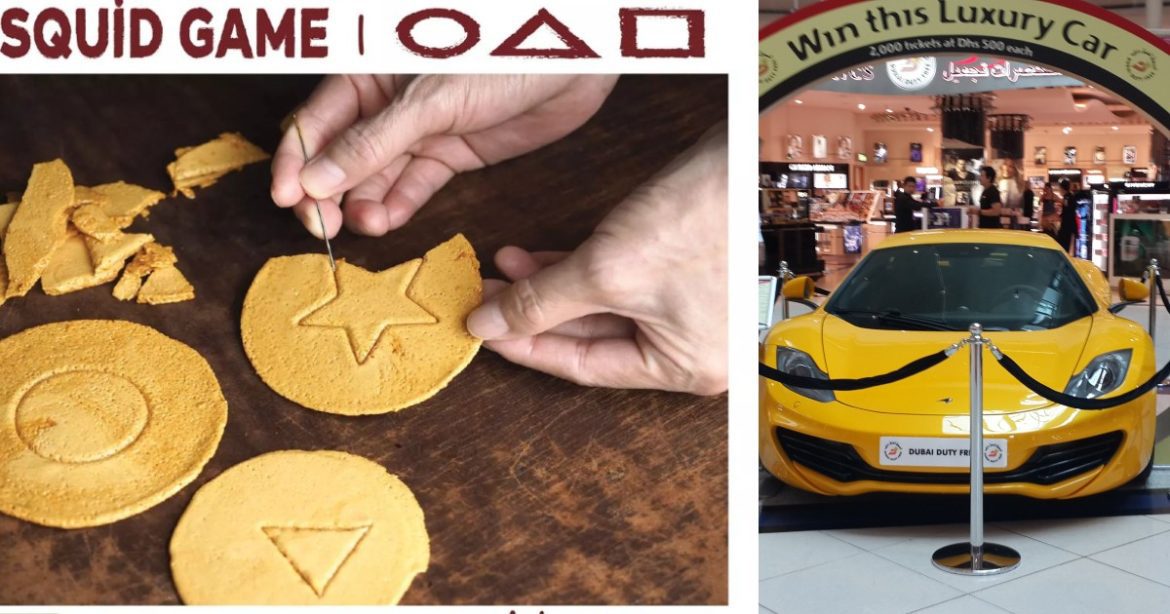 A Netflix masterstroke drama Squid Game with a South Korean sweet highlighted as one of the fatal challenges, has become a worldwide mania. The action of this Squid Game focuses on a group of people who are badly in debt, in South Korea. They are invited to take part in the deadly survival game to become winners with an appetizing reward of 45.6 billion. The other way around, those who abort, have to donate their lives as a payback.

Are you thinking why are we talking about a game that is already globally known? Interestingly, now Dubai’s restaurants and cafes have laid the carpet to make way for the Squid Game. Just Vegan Restaurant in Jumeirah, Dubai is the latest eatery to touch the insane craze of this game. Also, the scene of the ‘sweet and deadly’ Dalgona Honey Comb Cookie Game along with the Marble Games challenge will be stealing the show. Together with wide-ranging game-themed merchandise, the vegan restaurant has brought in an exclusive vegan Green Light Red Light influenced menu.

You’ll find the staff dressed up in game-themed aprons, inspired by the character of the Front Man.  The guests get the masks on arrival, in order to have the utmost feel of the Squid Game ambience.  What’s more, a Squid Game themed wall, table-mats, table runner and innumerable other items contribute to the game’s climate.

The one who volunteers the first Dalgona HoneyComb Cookie Game will be awarded a customised complimentary dish from the Green Light red Light Menu. Every participant will be given an option to choose their choice of shapes before setting the first challenge. Well, that’s not all. On qualifying the first challenge, winners will be promoted to the next level to play the Marble Game challenge. Winners of the second challenge get a Squid Game Merchandise powered by Just Vegan.

A total of 456 winners will get to play an actual non-violent version of the Squid Game powered by Just Vegan. Dates for the game will be announced later. All participants in the game will get free Merchandise & Hampers, and one ultimate winner will win and take home a car. Mind-boggling! Is it not so?

With the fact that participants can further get hold of the merchandise from Just Vegan Jumeirah, the excitement doesn’t seem to end here! Just Vegan Jumeirah is even gearing up to host Tug of War and other games in the coming days.