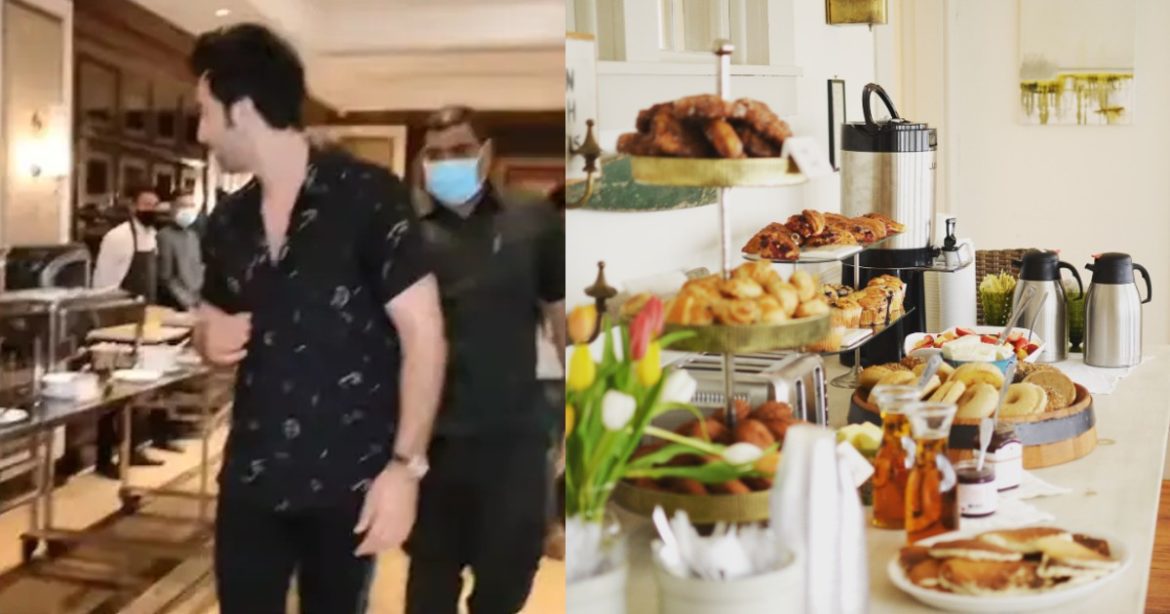 The Kapoor clan don’t hide the fact that they are huge foodies. From Kareena Kapoor Khan drooling over biryani to Saif Ali Khan speaking over the Kapoor khandan’s love for Chinese food, they are foodies through and through. And now a video of Ranbir Kapoor drooling at a buffet counter has been going viral on social media. At a promotional event for his late father, renowned actor Ranbir Kapoor’s last film Sharmaji Namkeen, which is about food, Ranbir Kapoor caught a quick glance at the buffet clan. And fans totally related to this and called him the ultimate foodie. One even commented that it was like ” A snack staring at another snack”.

You might often wonder, where do your favourite celebrities like to holiday. Well, thanks to Curly Tales Sunday Brunches, we know Saif Ali Khan and Kareena Kapoor Khan like to visit Gstaad,  as it’s a lovely fairytale village in the Swiss Alps. Indian cricket captain Virat Kohli revealed his favourite destination is Queenstown in New Zealand. To get the ball rolling, Alia Bhatt and Ranbir Kapoor jet-setted off to their New Year holiday on 31st night’s eve. Alia soon shared an array of photos from their jungle safari, leaving us guessing their holiday destination. However, Danish author, Lisa Christoffersen, posted a photo of Alia and Ranbir from Kenya. The nature-loving couple met Lisa and had a ‘chance rendezvous on their safari.

On September 29th, Ranbir Kapoor celebrated his 39th birthday. The Sanju actor received heaps of birthday wishes from his fans and the film industry on social media. Alia Bhatt took her rumoured beau to Jodhpur for an intimate trip packed with luxury amid the rustic nature. The duo spent time at Sujan Jawai Camp as per Alia Bhatt’s Instagram handle. They booked a suite costing a whopping ₹91,000 for a night. Sujan Jawai Camp is yet to open to the public. It will officially welcome the public on October 1. The luxurious camp is developed between awe-inspiring billion-year-old granite rock formations. A stay at this camp would mean spotting leopards up close, roaming freely in the wild.

Also Read: The Umaid Bhawan Palace In Jodhpur Is Meant For The Royal Within You!

Guests can enjoy picturesque views of the sand dunes. The luxurious amenities here, include weaves and fabrics created by local artisans, using textures and colour inspired by the local culture and landscape. At Sujan Jawai Camp, visitors can also enjoy a drive into the wilderness with the Rabari tribespeople and stay at unique tented suites. The property promises a temple trail and tented rock suite too. Alia Bhatt shared a picture on Instagram of her and Ranbir enjoying the sunset near the lake. The couple will be next seen in the Ayan Mukherji directorial Brahmāstra.