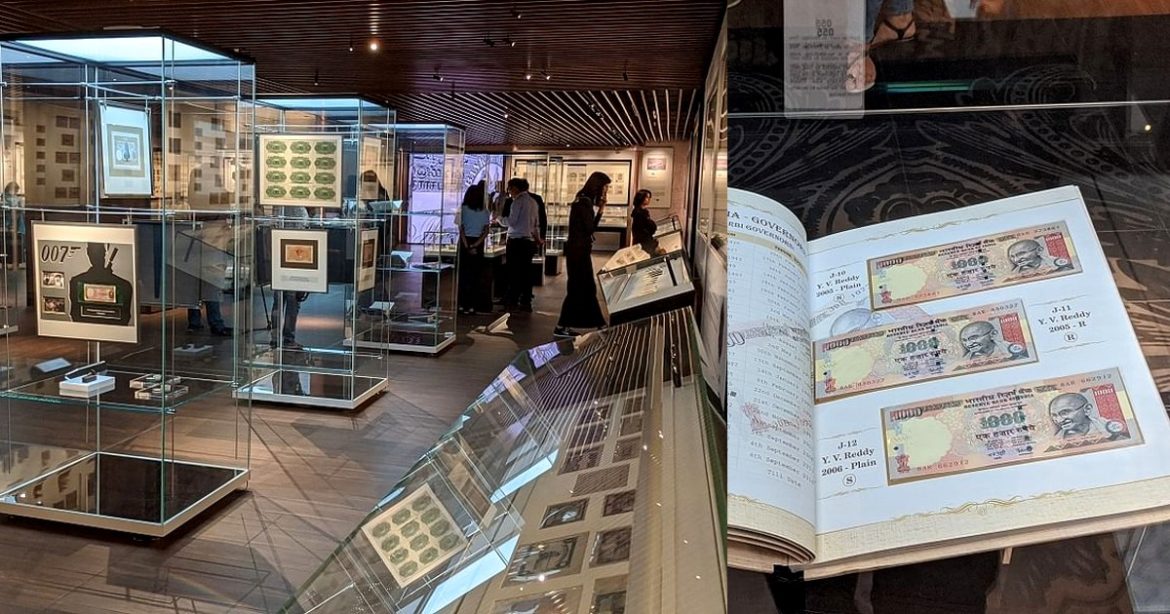 There are people who like collecting stamps, others house a lovely collection of coins, and then there’s Rezwan Razack, the Co-Founder and Joint MD of the Prestige Group. His 50-year-old collection of Indian currency notes is so impressive, that he built a private museum of it in Bangalore. Rezwan Razack Museum of Paper Money is situated on the 3rd floor of Prestige Falcon Towers in Ashok Nagar. It boasts of a collection of banknotes that date all the way back to the early 1800s and have a rich history behind them. Read on to know all the deets.

Rezwan Razack Museum of Paper Money was inaugurated in 2020. It displays one of the finest collections of Indian currency notes. A visit to this museum will transport you all the way back to India’s colonial and post-independence history. Razack’s passion for Indian currency can be seen in his authored book, ‘The Revised Standard Reference Guide to Indian Paper Money’. This has been named the ‘Bible for Indian Paper Money’. To mark the 100th anniversary of the One rupee note in India, he wrote his second book, ‘One Rupee – One Hundred Years 1917-2017. This private museum is known to house one of the most comprehensive collections of the Indian currency notes in the world today.

Also Read: Delhi Will Get Its First Museum Dedicated To The Partition Of India 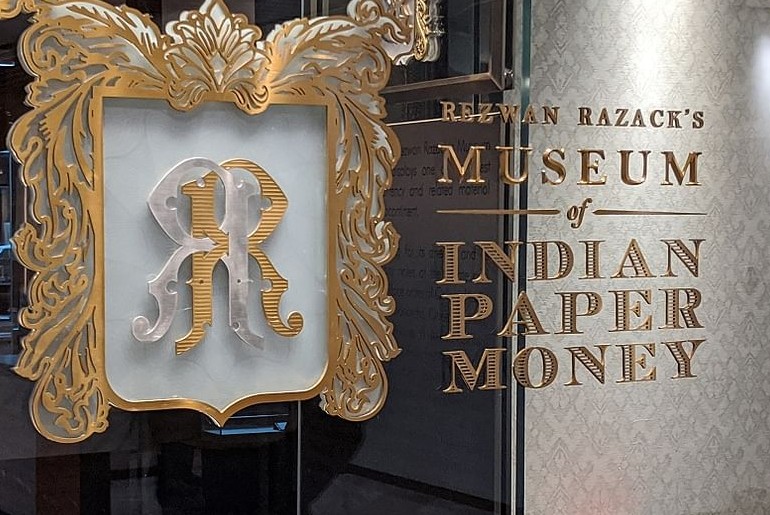 Also Read: 6 Best Vegetarian Restaurants In Bangalore You Must Try For A Soul Satisfying Meal

Built over a period of five decades, there’s in-depth research and study gone behind his collection. Rezwan Razack’s hobby started thanks to his cousin, Sadiq Haroon and his grandfather, who gave him antique notes. You can find Indian paper money dating back to the time of Portuguese India, French India, British India, Jammu & Kashmir, Saurashtra and the Princely States of Hyderabad. There are also rare notes printed in India that were also used in Pakistan and Burma during the early years of independence. In the 19th century, Prisoners of War Coupons were issued to Indian notes, and you can expect to find them here. It’s an exciting abode for history fans in the city.

Also Read: 5 Places In India You Must Visit To Get Patriotic Feels 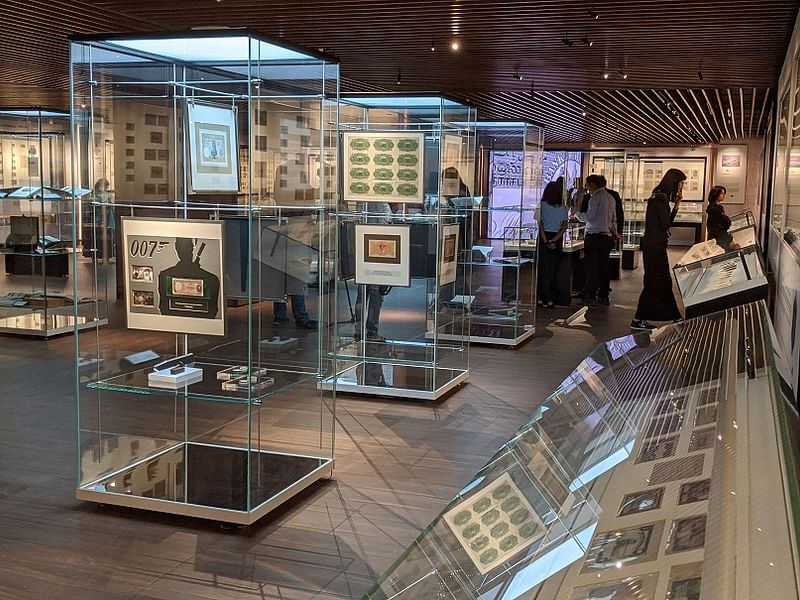 In an interview with Your Story, Rezwan Razack explains that the museum aims to leave behind a legacy to showcase the rich history of India’s journey through its currency. Some of the most interesting currency on display includes the ‘Osmania Sicca Rupees’. These are notes issued by the Princely State of Hyderabad during World War I. At that time there was a shortage of silver. So these notes were issued in honour of King George VI of England and King George V during the British rule. There are also unique uniface notes issued in the Portuguese occupied regions of Goa and Daman & Diu. 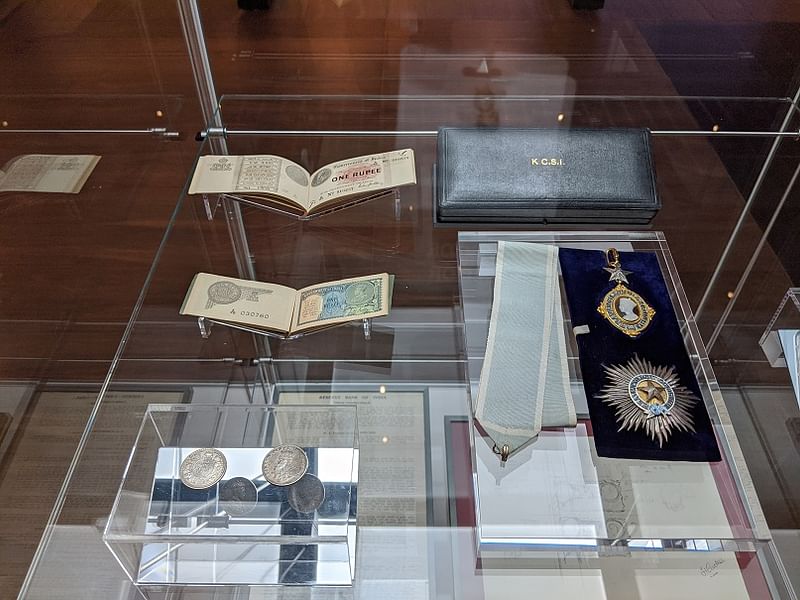 Also Read: 10 Best Rooftop Restaurants In Bangalore To Dine Under The Stars

Interestingly during World War II in 1939, India faced a severe shortage of metal. This led to Princely states of India issuing paper coupons instead of metal coins of low denominations. Some of these coupons continued to be in circulation till late 1946. The museum’s precious collections also include Prisoners of War (Pow) coupons circulated in PoW camps established by the British. Specific coupons were handed out to prisoners to prevent them from misusing regular currency. So, you can understand the stunning museum gallery has a vast collection of currency, banknotes, promissory notes with descriptive posters and captions. 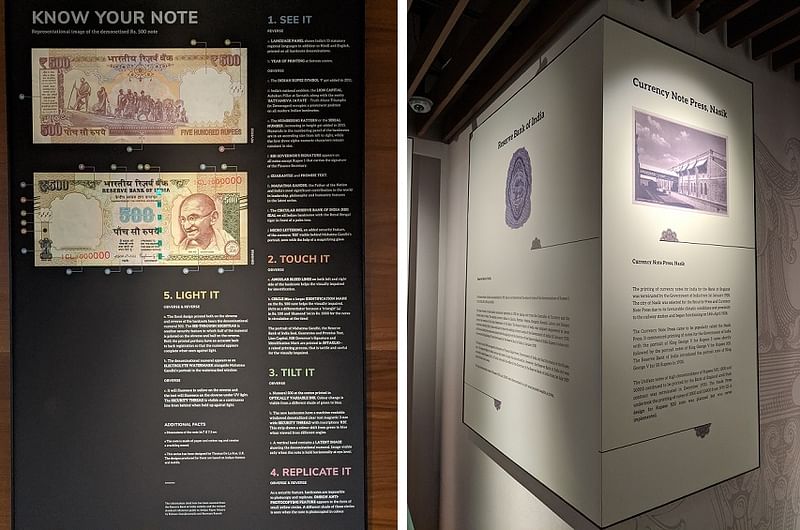 The Rezwan Razack’s Museum of Indian Paper Money is situated at Prestige Falcon Towers at MG Road. The museum is open from Tuesday to Sunday, 10:30 am to 5:30 pm. The entry ticket costs ₹100 per head. If you wish to visit in large groups like a school group, you must take prior permission. When you visit this museum, do keep in mind that photography is strictly prohibited. Wear your masks, maintain social distancing and opt for a virtual tour, if you wish. You can enjoy a cup of hot coffee at the cafe there or take memorabilia from the souvenir shop. This is worth your money!