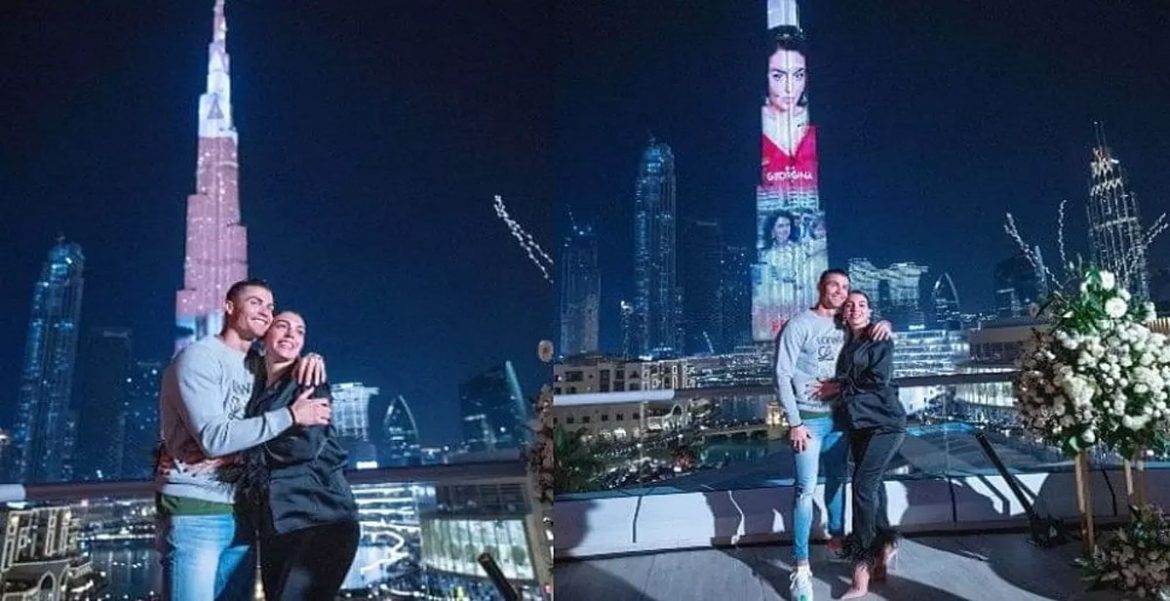 The Burj Khalifa Was Adorned With Images Of Georgina Rodriguez

According to The National News, during the light show, images of Georgina Rodriguez were projected onto the world’s highest structure, along with the message “happy birthday Gio.” On his Instagram account, the player posted a video with a message in Portuguese that read “many congrats my love.” Along with a heart and birthday cake emojis. Ms Rodriguez, who was born in Argentina, stars in a six-part documentary series. It further follows her ascension to fame and “dream life” after becoming the footballer’s partner five years ago. The former Real Madrid and Juventus stars have been taking advantage of the pleasant weather on the beach during a break in football events. He’s been working out at the Nad Al Sheba Sports Complex as well.

Also Read: Woman Who Stood Atop Burj Khalifa In Viral Ad Is Now Calling You To Witness Expo 2020 Dubai From The Top

Anas and Asala Marwah, Dubai influencers, projected the gender of their baby on the world’s highest tower in 2020. With the words “It’s a boy!” appearing after a countdown on the 828-meter structure. The pair said they didn’t know the gender before the big announcement in a video posted on their YouTube page. Asala assured viewers throughout the clip, as the family prepared for the news, that she is doing her best to provide content that no one has ever seen before.