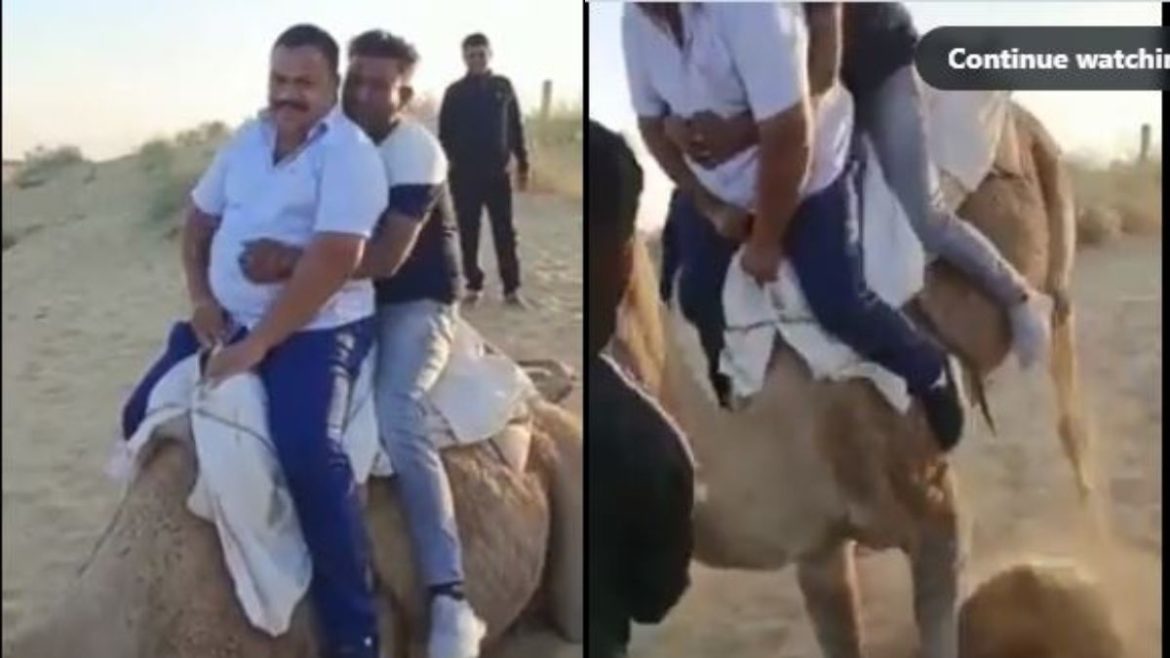 Riding domesticated animals has always been a source of fun and entertainment for humans. Among other animals, horses and camels are usually used by humans for joyrides. This viral video on Twitter shows a camel safari going awry. The man in the video surely meant to entertain himself with the camel ride but ended up entertaining the entirety of the Internet! Watch the video to add some laughter to your day!

The 29-second video was posted by IPS Officer Rupin Sharma and was shared on the 5th of November. Since then, it has slowly been garnering views and has recently reached close to four thousand views.

Also Read: Camels All Decked Up In Jewellery; Colourful Clothes, Bikaner’s Annual Camel Festival Is Back This January!

This short and funny video captures two men trying to ride a camel and their subsequent and hilarious failure. It starts with a man trying to mount the humped animal, followed by his companion. They struggle at first but finally settle on the animal. This is where it gets funny! As the camel attempts to get on its feet, it loses its balance and two men are tossed on the ground! They paid for a ride but were instead tossed to the side!

The Twitterati wasted no time in poking fun at the situation, “Camel had read its Animal-Rights” said the Twitter user Rakesh Dwivedi.

Hillarious…
Camel Had Read Its Animal-Rights 🤣🤣🤣

Hillarious…
Camel Had Read Its Animal-Rights 🤣🤣🤣

While some were busy laughing, others pointed out the cruelty of the situation. “Why should they trouble the poor camel? Are they children?” tweeted an irate H R Vishwanath.

Why should they trouble the poor camel?
Are they children?

Riding animals is viewed as a form of animal cruelty by many. This is because animals are forced to carry a burden, the sole purpose of which is human entertainment. Many animals face abuse and mistreatment and end up dying because of it.