Hidden in the arid desert of Sauda Arabia, the breathtaking archaeological site of Hegra, known as the Madain Saleh was once a prosperous trade hub and the city of the forgotten Nabataean civilisation. For the very first time, Saudi Arabia has fully opened up the historic site for international tourists. Hegra, which has a striking resemblance with its sister city Petra in Jordan, was hitherto unknown to many people. In a bid to promote tourism, the country has opened up the kingdom to all tourists. At the locations, guides and storytellers ( known as Al Rowah in the local language) will narrate the tales of the mysteries kingdom while taking the visitors through the tombs and inscriptions. They tell the stories in two languages, Arabic and English. Saudi Arabia had also started a one-of-its-kind luxury cruise to the Red Sea a few months back. 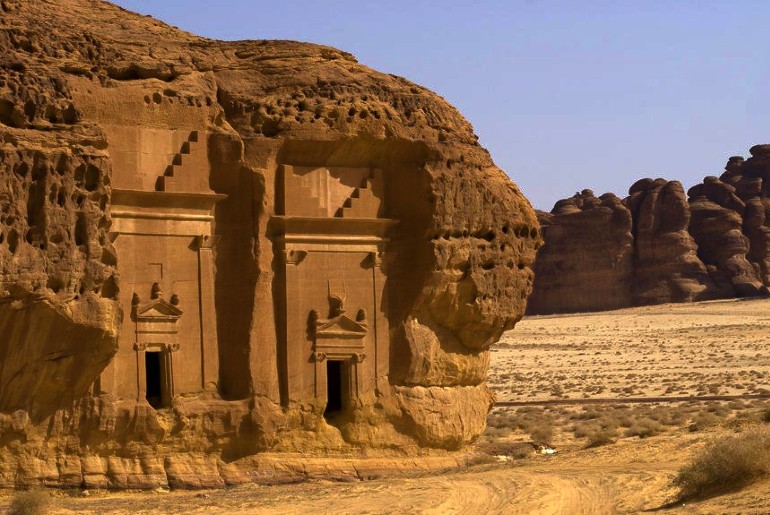 Hegra, A Hidden City Of The Almost Lost Civilization

Hegra, the rock-cut archaeological city in Al Madinah Region’s AlUla of Hejaz, Saudi Arabia, wasn’t that easy to be explored earlier. It was the second city of the Nabataean kingdom which had flourished from the 4th century B.C. to the 1st century A.D.  Every year, fewer than 5000 Saudis used to visit Hegra. International tourists had to seek special permission to enter the ancient town. But now all tourists can visit the spectacular site by simply collecting an online ticket worth 95 Saudi royal ( ₹1874.32). Hop-in-hop-off buses will take them to seven locations and the guides or Al Rowah will tell the awe-inspiring stories of the lost civilisation. 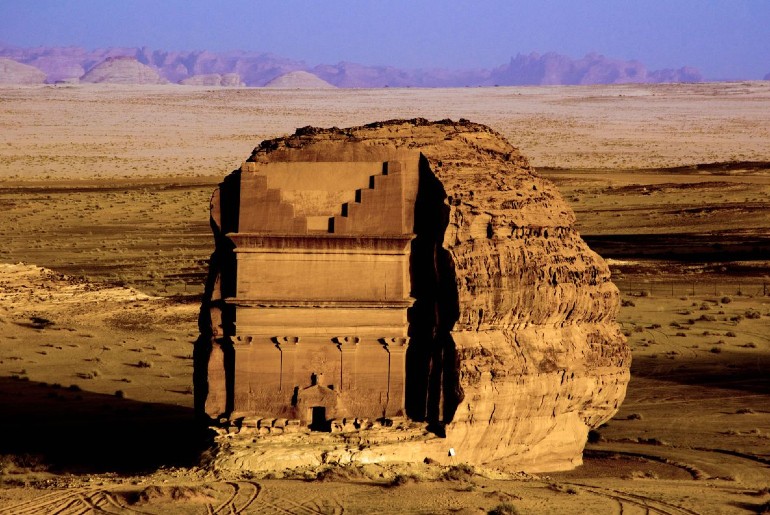 Also Read: Saudi Arabia’s Jeddah To Host Formula 1 For The First Time In 2021

At Hegra, there are 111 tombs and around 7,000 Nabataean inscriptions. The largest tomb in the area is the monolithic Tomb of Lihyan Son of Kuza, having a height of 72 feet. The oldest tomb in the site dates back to 1 B.C. Some tombs were left unfinished and abandoned and the reasons aren’t clearly known. The architecture of the grandiose kingdom was inspired by classical Roman and Greek designs. 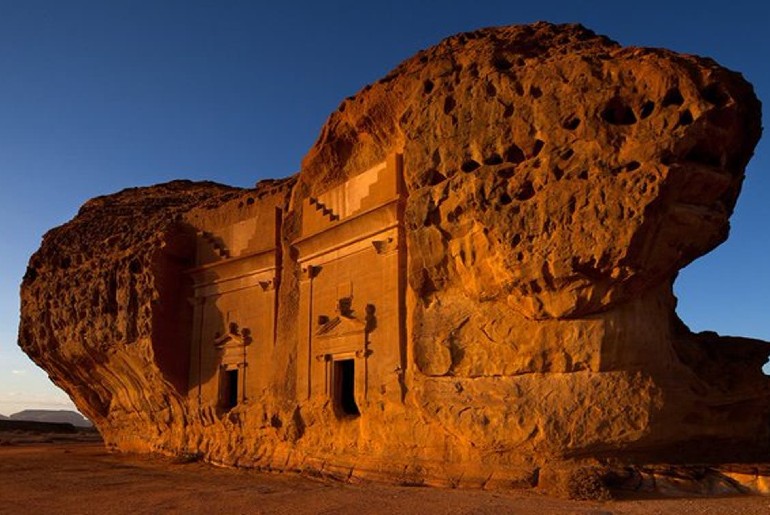 Nabataeans: The Merchants Of The Desert

According to Smithsonian Magazine, Laila Nehmé, the co-director of Hegra Archeological Project, has said that not much is known about the Nabataeans as ‘they did not leave any large mythological texts’ like Gilgamesh and Mesopotamia. Sources say that Nabataeans were the nomads of the desert who had turned Hegra into a flourishing trade hub. They used to supply incense, spice and aromatics to Egypt, Syria, the Mediterranean and Mesopotamia through Arabia and Jordan. The way the Nabataeans eked out their existence in the desert with their hydraulics can also leave us spellbound. They collected the rainwater that pelted down the rocks in ground-level cisterns for later use. Also, around the tombs, they had constructed natural water pipes to protect their frontages from erosion. 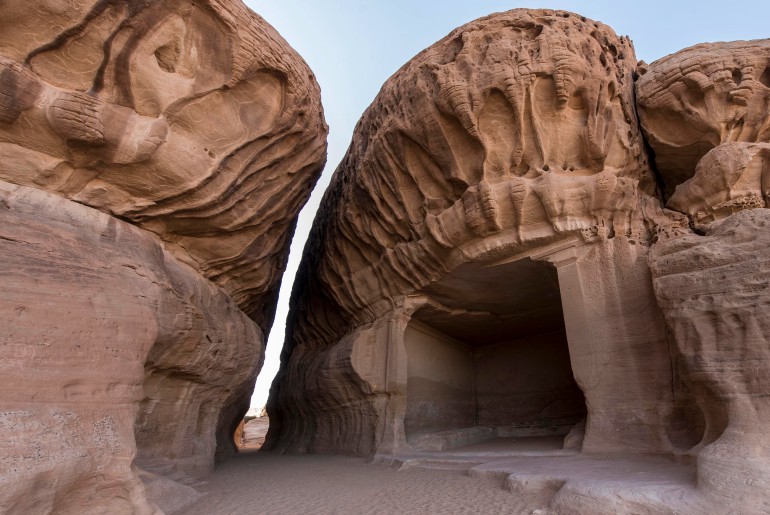 Crown Prince Mohammed bin Salman had announced the Saudi Vision 2030, planning to convert the Middle Eastern country into global tourism and trade hub. From September 2019, the country has started allowing visitors even without business or religious purposes. So, if you happen to be a history buff with an immense inclination towards the things of the bygone era, the intriguing desert town of Hegra should definitely be on your bucket list. Meanwhile, here’s a glimpse into the beautiful World Sight Park of Saudi Arabia: