Sheikh Mohammed Unveils Infinity Bridge…
Hotel Or Airbnb: Which Is…
Dubai Has A Quranic Park…
A Romantic, Candle Light Concert… 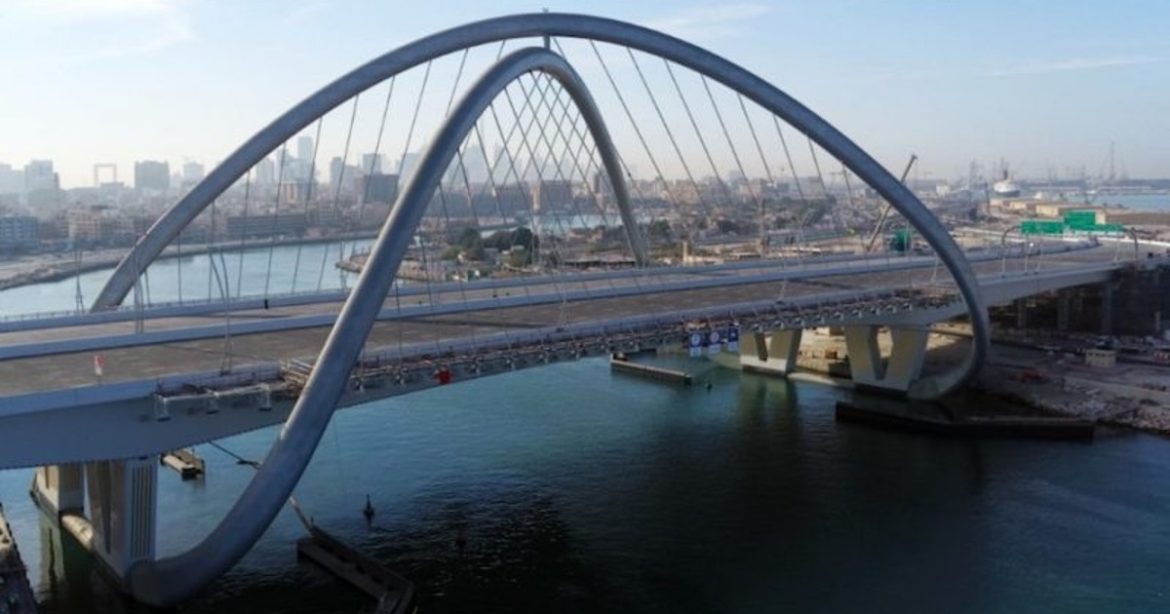 The Ruler of Dubai made a visit to the freshly constructed Infinity Bridge on 13th January 2022. The latest architectural marvel looks like an infinity symbol, hence the name. The new sensation of Emirates is heard to accommodate around 24,000 vehicles per hr. This new bridge would reduce the distance between Deira and Bur Dubai. This has been possible as the lanes crossing the Dubai creek has increased from 48 to 60.

The 13-kilometre long bridge has a mixed pedestrian and cycling track that is three metres wide. It has six lanes in each direction and takes its name after an architectural arch styled like the infinity sign. The Infinity Bridge is part of the Dhs5.3 billion Shindagha Corridor Project. The Roads and Transport Authority (RTA) is completing the project in 11 phases. It runs along Sheikh Rashid Street, Al Mina Street, Al Khaleej Street, and Cairo Street.

The Project’s Construction Began In 2016 And Is Expected To Be Finished By 2027.

The project’s overall completion rate has already reached 85 per cent. The completion would happen around the second part of this year. The Corridor will service one million people. By 2030, it will reduce travel time from 104 minutes to only 16 minutes. It might save around Dhs45 billion in time over a 20-year period.

There are currently two circular roadways to help with traffic flow. The first is an exterior road that runs beside Al Mina, Al Khaleej, Cairo and Al Ittihad Street. The second is an interior route that runs beside Abu Bakr Al Siddique Street, and Umm Hurair Street and is an extension of Sheikh Rashid Street.

Also Read: UAE: Pay A Fine Of Dh400 For Crossing The Roads Incorrectly

What Are The Other Upcoming Imminent Infrastructure Plans In DXB?

The Dubai-Al Ain Road Improvement Project is near completion. Its runs 17 kilometres from the Emirates Road intersection to the Bu Kadra-Ras Al Khor intersection. Also, it is among the several important road infrastructure projects in Dubai. The Sheikh Rashid bin Saeed Roads Improvement Corridor project is on run. It will increase the capacity of Ras Al Khor Road to 10,000 vehicles per hour and reduce travel time from 20 to 7 minutes. The length is around 8 kilometres along Ras Al Khor Road from the Dubai-Al Ain Road intersection to the Sheikh Mohammed bin Zayed Road junction. This includes the construction of two-kilometre-long bridges.

A Romantic, Candle Light Concert Is Coming To...

Dubai Has A Quranic Park To Give You...

Hotel Or Airbnb: Which Is A Better Option...

Can You Live Together With Your Partner In...

Dubai Gets Its First Dive-In Cinema Where You...

Parking In Dubai: Here’s How To Get Seasonal...

Here’s The Difference Between Entry Permit And Residency...