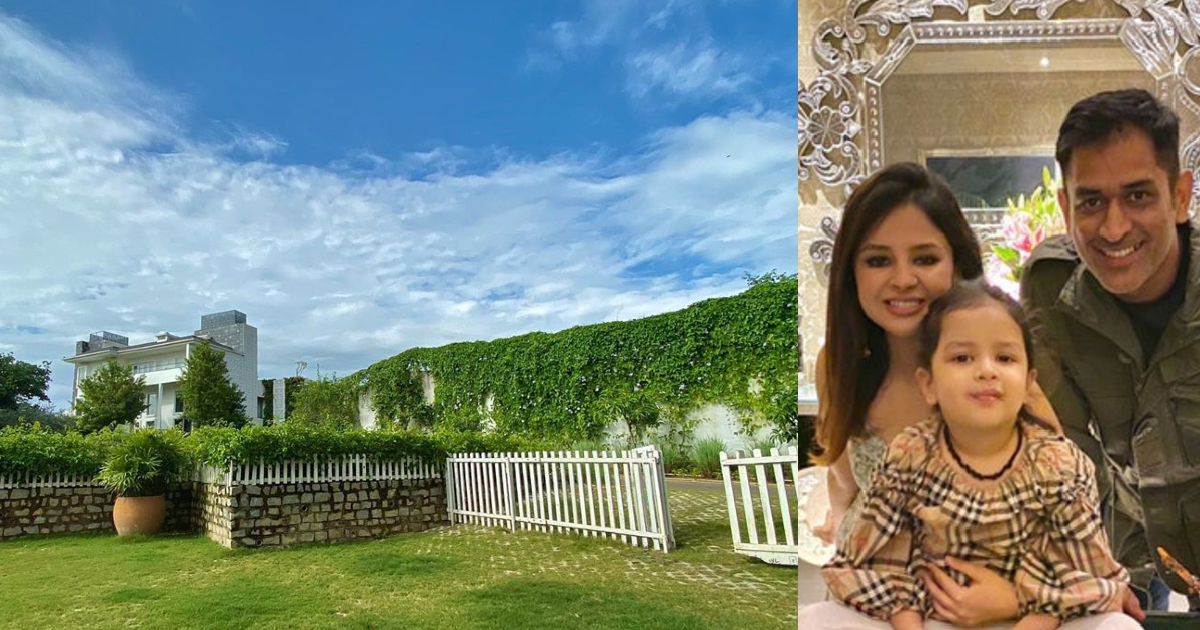 During the lockdown, we all have been quarantining at our homes and MS Dhoni is no exception. But since we’re talking about the former caption of the Indian Cricket Team, it has to be something special. The legend is spending quality time with his family now at his magnificent farmhouse, Kailashpati, in Ranchi’s Ring Road, just 20 minutes away from his residence. The lavish farmhouse is spread across an area of seven acres and it took about three years to build it. 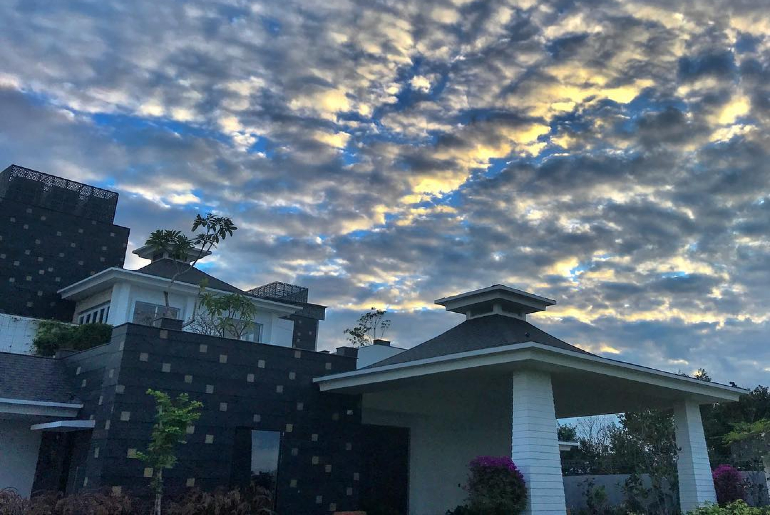 While Dhoni isn’t someone who is much active on social media, his wife Sakshi keeps posting their adorable family pictures and now she has shared some snaps of their farmhouse too. Let’s have a sneak into it right here:

A Sprawling Expanse Of Lush Greenery

Dhoni’s farmhouse in Ranchi has a spacious lawn with flowers of varied hues. The eye-pleasing vistas of the gorgeous lawn, with birds flying around, are what the internet is loving right now.

Sakshi had also shared the tweet with snaps of pink-hued flowers from the garden and a beautiful nest with the eggs of bulbul bird. She has also shared the nest’s photo on Instagram with a quirky tweet, “What if birds were architects?”

Here’s another picture of Dhoni from his farmhouse with a beautiful bird. The bird was actually found unconscious in the garden by his daughter. She told Dhoni about it. Immediately, he picked it up and gave it some water. This also shows his compassion towards animals and birds. On that note, meet this Delhi girl who fed nearly 250 people and strays during the lockdown.

A Glass Complex With The Fanciest Bikes

Dhoni’s love for bikes is not new to his fans. Therefore, the cricketer has a separate place in his farmhouse to keep his most prized possessions. The glass complex beside the lawn has some of Dhoni’s favourite cars and bikes. From Hellcat to Ninja, one can find everything here. 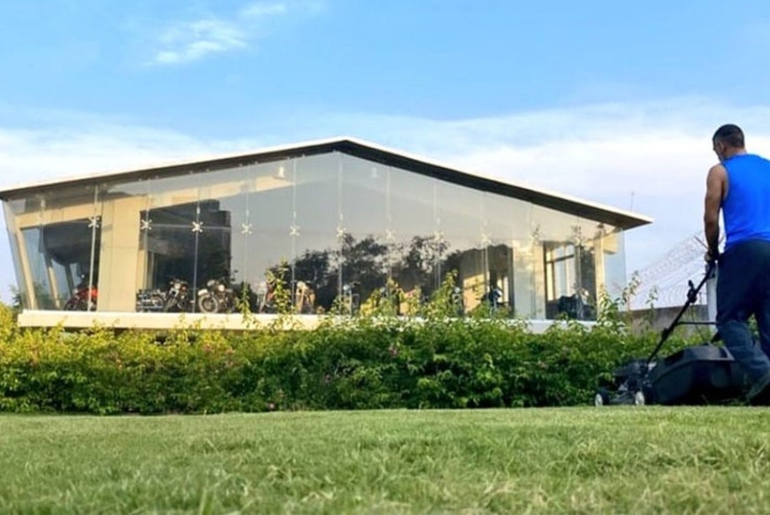 The farmhouse is also equipped with a swimming pool, an ultra-modern gym, an indoor stadium and a net practising field.

The interiors of the bungalow inside the farmhouse are as elegant as a royal palace and they will leave you wide-eyed for sure. From a lavish bedroom and an intricately designed mirror to a sophisticated dining space with all modern amenities, Dhoni’s bungalow is like a paradise to live in. 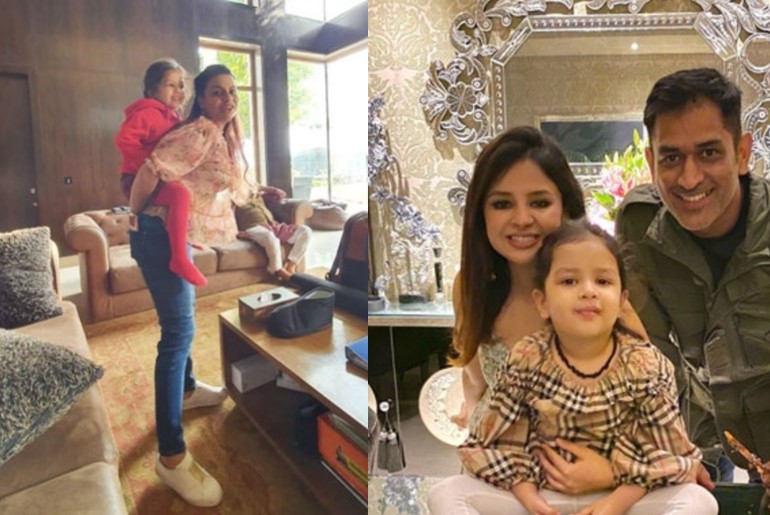 The farmhouse of Dhoni is also home to three adorable pooches, with whom the Padma Shri awardee’s little daughter Ziva loves to goof around. Sakshi has posted a picture of two of these pet dogges- one of them a Dutch Shepherd and another a Belgian Malinois. Quoting about the dogs, Dhoni had once said, “I have three dogs at home. Even after losing a series or winning a series, they treat me the same way.”

Also Read: Eddy’s Cafe In Indiranagar Is The Perfect Place To Chill With Your Doggos!

MS Dhoni, who captained the Indian cricket team from 2007 to 2016, is the only captain in the history of Indian cricket to win all ICC trophies. He hails from a middle-class family in Ranchi but his achievements have made him reach heights. This grandiose farmhouse is an example of that. Meanwhile, what’s your say about this cutesy picture of Ziva doing yoga on the lawns?

On that note, here’s a house tour of our very own Kamiya Jani: