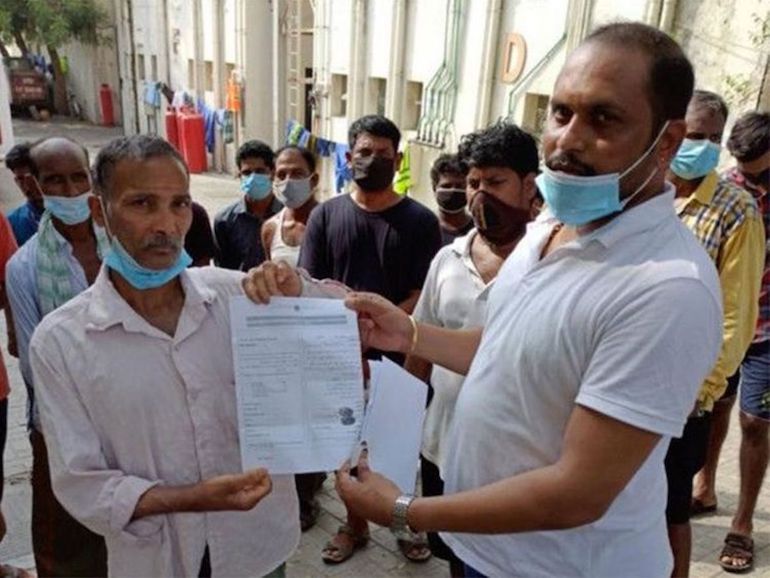 Theddu Laxman, a stranded Indian worker in the UAE, who almost lost his hand lately and overstayed his visit visa by 10-years, is finally almost meeting with his family in Hyderabad, India. Theddu Laxman thanked the hospital for his treatment and also to the UAE officials who waved off his AED 22,000 medical bill and overstay fines of AED362,000. Similarly, here’s how this Indian without passport reunited with his family in India.

Here’s exactly what happened to him

Aged 60, Laxman said he had developed some infection on his right forearm a few months ago, and the condition just worsened with time. Once, he sought the much-needed help, he was hospitalised and underwent two operations and treatments for one and a half months at Al Dhaid Hospital, Sharjah.

“I would like to thank the hospital for their great care and support. They not only saved my hand but were kind enough to waive the bill. I also want to thank the UAE government for waiving my immigration fines; I couldn’t have been able to go home otherwise.”

Laxman Had To Struggle For 10 Years To Get Back Home

Laxman came to the UAE 10 years ago on a visit visa after paying an agent to find work. However, he claims that his paperwork never regularised and to make ends meet, he worked unofficially as a labourer and earned a mere amount of AED1,200 a month. Also, read this story of Dubai Residents Who Returned Home With AED 50,000 Bills After 105 Days In Maldives.

Speaking about the tough days he said,

“One day, I came back to my room after work, and couldn’t find my passport. I don’t know if someone stole it. I had to pay to overstay fines, so I was reluctant to report it.” 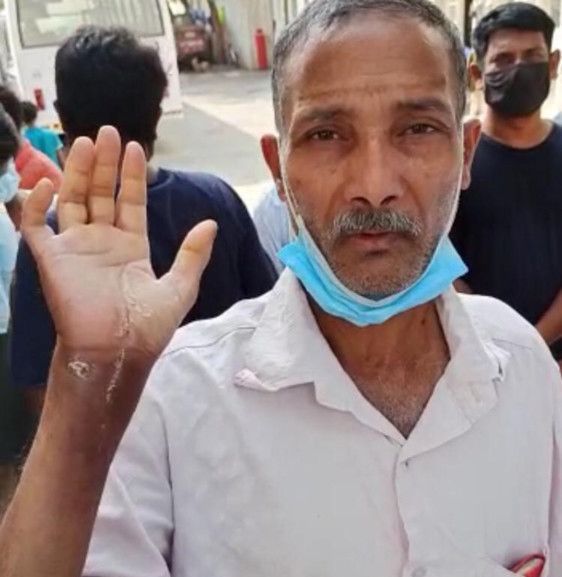 What was supposed to be for a month, turned into years, and to support his wife and three children back home Laxman Kept working in the UAE. He has two daughters, aged 21 and 22, and a son aged 25.

“I managed to finish their schooling and got my daughters married off, all because I could send money home from here. That’s why I wanted to stay on.”

He Lost His Job Amid The Covid-19 Pandemic

Covid-19 pandemic hit the world hard, and because of the same, Laxman too lost his job. Being one of the 285 blue-collar workers, almost everyone from his hometown, took shelter at a disused construction site in Sharjah earlier this year after getting laid off. It was only after the official’s intervention the group tentatively moved to a Sharjah Police Academy housing facility in Al Dhaid.

It was then, when officials and social workers, noticed Laxman’s health condition. They arranged his treatment and subsequent waiver of bills and fines. The group got shifted to a workers’ accommodation in Ajman, where Laxman is currently staying. Also read this story of an expat who reached Dubai after traveling 40 Hours, 4 Days, 5 Cities.

Laxman’s out-pass under a government window to leave the UAE without immigration fines is under process, said S.V. Reddy, convener of the Non-Resident Indian Cell in Dubai for Telangana Pradesh Congress Committee, who is spearheading repatriation efforts for the stranded group.

“Laxman’s long road home has been made possible thanks to the kind officials in the UAE. I would like to thank everyone involved. When Laxman was at the academy housing, a police captain helped in getting him treated. We followed up his case, and the hospital generously agreed to not take any payment. His immigration fines have also been cancelled. So it looks like he will be going home soon,” Reddy said.